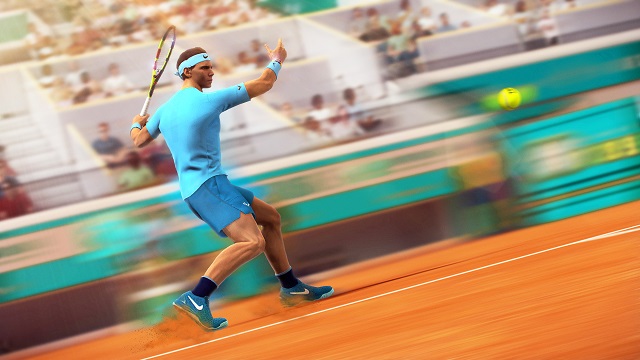 As the Mutua Madrid Open Virtual Pro begins, NACON is pleased to announce its involvement with the biggest tournament in Spain. This first major virtual competition takes place from 27 to 30 April in the game Tennis World Tour and features 32 of the biggest tennis stars, including Andy Murray, Angélique Kerber and Rafael Nadal.

To celebrate the event, NACON wanted to offer free additional content to all Tennis World Tour players by adding three new renowned players: Denis Shapovalov, Alex De Minaur and Caroline Garcia. These three playable characters are now available on Xbox One, PS4 and PC, and will be available soon on Nintendo Switch.

Faced with the current health crisis, the Mutua Madrid Open is reinventing itself. The competition organizers have chosen Tennis World Tour to host an eSports tournament, a virtual replica of the famous tournament, allowing the biggest stars of tennis to play against each other from their own homes.

Thanks to a realistic game experience that reproduces the sensations of playing tennis, an exact in-game recreation of the Manolo Santana stadium, and its online mode, the stars of ATP and WTA can compete in Tennis World Tour in the best possible way.

The event comprises two tournaments including 32 top players, including Rafael Nadal, Andy Murray and Lucas Pouille. The second features matches between professional tennis players and influencers. These charity tournaments have a prize pool of €350,000: €150,000 for ATP and €150.000 for WTA from which the winners will donate to the tennis players currently suffering economically and €50,000 will go to help hospitals in the fight against Covid-19.

Benoit Clerc, Head of Publishing at NACON, said: “We are extremely proud that Tennis World Tour, like our other sports games, allows amateur and professional players to stay connected with their passion in the current situation. This confirms we are on the right track with our publishing decisions and the importance we place on the simulation dimension that we continue to develop in our games.”