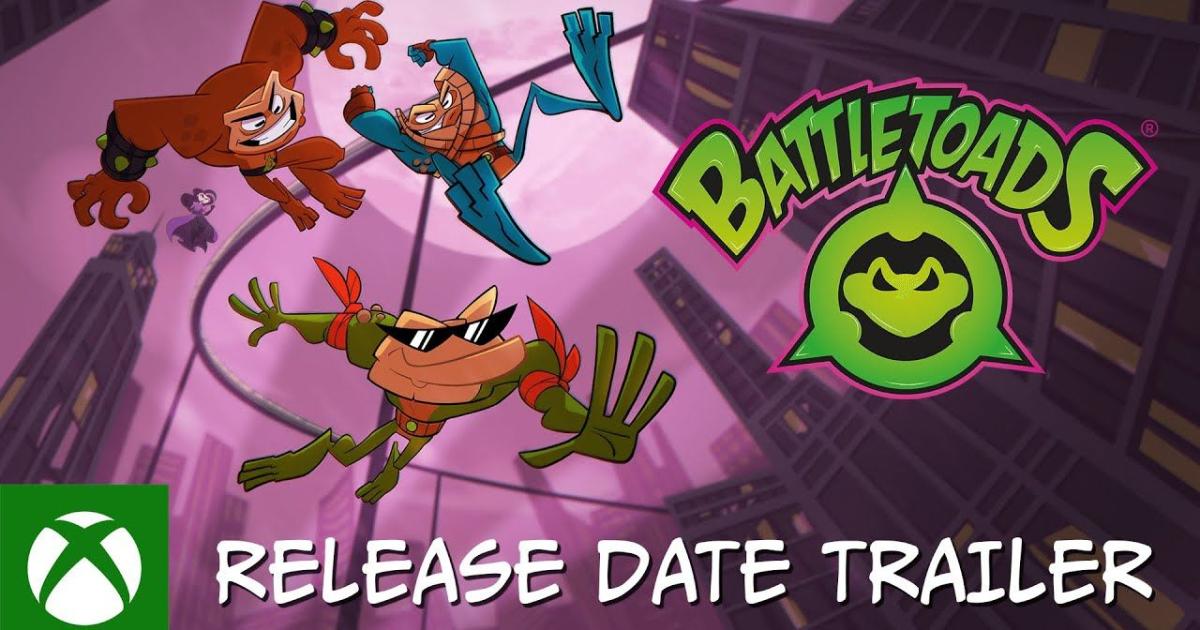 Microsoft has just released a new trailer for the upcoming beat ’em up “Battletoads,” a reboot of a series conceived and developed by Rare. The toads are back and this time it looks as if they’re teaming up with their old nemesis, The Dark Queen to stop a new threat. The new Xbox One and Windows title is being developed by Dlala Studios with supervision and assistance from Rare.

For the uninitiated, “Battletoads” is a classic beat ’em up franchise created by British studio Rare. In the early ’90s, the founders of the studio, brothers Tim and Chris Stamper, saw the success that media franchises such as the “Teenage Mutant Ninja Turtles” were having and wanted to replicate it with a brand of their own.

Designer Gregg Mayles claimed that it was an example of Rare looking at what was popular and putting their own spin on it. Artist Kevin Bayliss says that he and Tim Stamper went through many different animals before settling on toads due to Bayliss’ fondness of pond life.

The game went through many different incarnations during development. At one point, the game was titled “Amphibianz” and had a much more Disney-style atmosphere. However, as development progressed, the game became more ridiculous and violent. The main characters’ feet would turn into giant boots and their heads would grow large ram horns when kicking and headbutting enemies respectively.

After settling on the name “Battletoads,” the game was released on the Nintendo Entertainment System in 1991, the same year that Sonic made his debut on the much more advanced Sega Genesis console.

Despite the competition, “Battletoads” received mostly positive reviews from the gaming press. However, the game’s difficulty was a point of contention. Many reviewers singled out the turbo-tunnel sequence in the third stage with Joel Peterson of Destructoid calling it “a strict test of memory, patience, and reflex where almost every single screen requires the utmost awareness and precision to carry on.” Since players shared the number of lives they had and could inflict damage on each other, the game was considered unbeatable on 2-player mode.

So infamous was the game’s difficulty that when it was released on the gaming compilation disc, “Rare Replay,” the feature to rewind and undo a fatal mistake was considered a boon by publications such as Siliconera.

Impressed by Rare’s efforts, Nintendo would approach Rare with the prospect of making a game using the “Donkey Kong” property, spawning a long relationship between the two companies until Rare’s acquisition from Microsoft.

“Battletoads” was followed up with a sequel, a crossover with “Double Dragon,” and an Arcade only title before the franchise was retired by Rare. Despite this, the toads found themselves making cameos in other games in the form of a boss fight exclusive to the Xbox One ports of “Shovel Knight” and as playable characters in the reboot of another Rare property, “Killer Instinct.”

The new game, which is being developed by Rare and Dlala Studios, will be the first title, in over 25 years, to star The Toads. The game boasts a more hand-drawn cartoon art style than previous entries and appears to have an air of self-depreciation in its story and dialogue. The turbo-tunnel sequences are making a return, but with a change in perspective that will surely alleviate some of the frustrations in the original title.

The game is slated for a release on Xbox One and Windows on August 20.