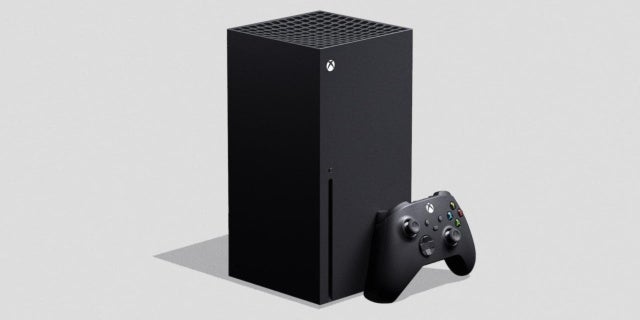 Hard as it might be to believe, the next console generation is very nearly upon us. In less than a year’s time, Sony’s PlayStation 5 and Microsoft‘s Xbox Series X will both see release, and gamers will have to make some tough decisions about which console they want to see in their homes. Not every system has a catchy slogan to go with it, but Microsoft has apparently trademarked a new phrase to help usher in the age of their latest Xbox: “Power Your Dreams.” The phrase should be a bit familiar to Xbox fans, as it was used upon the system’s official unveiling last month, but the trademark likely means fans will hear it a lot more over the next few years.

As far as slogans go, it’s definitely not a bad one. As consoles get more and more advanced, developers will be able to release the kinds of games players could only dream about in generations past. It’s amazing how much the industry has progressed in a rather short amount of time, and the Power Your Dreams slogan captures that concept fairly well.

Microsoft will need every advantage they can get heading into the next generation. The Xbox One simply hasn’t managed to catch-on with gamers the way that previous systems from Microsoft have, and Sony has remained the market leader for every generation since the original PlayStation’s release. Microsoft does seem to have some interesting ideas in play, however. While Sony has not made any commitments towards game streaming, Microsoft has made careful and calculated moves towards pushing the industry towards the concept. A few months since its release, Google Stadia seems to be all but forgotten, making Microsoft’s slower push seem fairly smart.

Of course, Microsoft also has Nintendo to contend with. The two companies seem to be on fairly friendly terms; both have allowed and encouraged cross-play between their titles, and Microsoft even allowed Nintendo to use Banjo and Kazooie in Super Smash Bros. Ultimate. However, the Nintendo Switch has been a sales behemoth, and if the rumors of a new version of the system prove true, Microsoft could have even more opposition to contend with this year. Regardless, it will be interesting to see where things end up! The Xbox Series X could prove to be the console of Microsoft’s dreams, or the stuff of nightmares if it fails to find a bigger audience.

What do you think of Microsoft’s new slogan? Do you plan on buying an Xbox Series X? Let us know in the comments or share your thoughts directly on Twitter at @Marcdachamp to talk all things gaming!