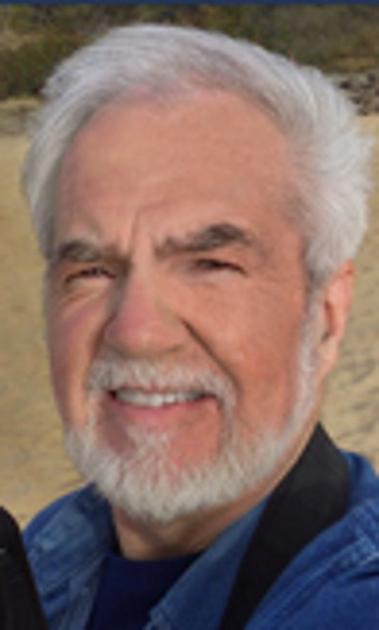 THE CHATHAMS – The Library of the Chathams at 214 Main St. in Chatham is greeting the new year with a new round of educational, cultural and entertaining activities and events for January.

”Arcade Weekend:” The Library of the Chathams will be the scene of a two-day “Arcade Weekend” for all gamers — teenagers, children and their parents — this Friday, Jan. 10, and this Saturday, Jan. 11. There will be many systems set up to play, from the original Atari, Nintendo, and Sega consoles to newer systems like the Nintendo Switch. The arcade will be open from 3 to 5 p.m. this Friday, Jan. 10. The next day, “Super Smash Brothers Tournaments” will take place this Saturday, Jan. 11, with 16 players competing in each age group. The competitions will start at 11:30 a.m. for players age 10 and younger, and at 2:30 p.m. for players age 11 and older. Prizes, sponsored by Friends of the Library, will be awarded for first and second place in each group. Registration is required by calling the library at (973) 635-0603.

The “Arcade Weekend” is being held in memory of Alexander Butta, a Chatham High School graduate from Chatham Township who died of brain cancer at age 24 in 2012. His mother, Barbara Butta, a member of the Friends of the Library, donated her son’s video games to the library, and they have become a centerpiece of the library’s “Arcade Weekend” since 2015.

”Art and Architecture of Rome:” Rita Keane, Associate Professor of Art History, and Peggy Kuntz, Professor of Art History, both of Drew University in Madison, are presenting a course surveying “The Art and Architecture of Rome,” with remaining classes from 11 a.m. to 12:30 p.m. Mondays, Jan. 13, Jan. 20 and Jan. 27 at the library. The course is considering the art and architecture of the city of Rome from its origins to the 17th century. Participants are discovering a history of Rome through the study of its monuments, and how works of art and architecture reflected and created ideological currents — political, religious, and social — in the ancient, medieval, Renaissance and Baroque city. The fee is $10 per individual class.

Mahjong Lessons and Club: Those who would like to play Mahjong will have the opportunity to learn from two experienced players from 1 to 3 p.m. Wednesdays, Jan. 15, Jan. 22 and Jan. 29 at the library. Mahjong sets will be provided. Those who are already Mahjong players and are looking for somewhere to play and partners to play with, are invited to come with their own set and card and enjoy the game. Class size is limited to eight participants and early registration is recommended; to sign up, visit https://chathamlibrary.org/ online, or call the library at (973) 635-0603.

Italian Conversation Group: For those a bit rusty with their Italian language skills, Luciana Santoriello and Frank Foca will moderate an Italian discussion group at 1 p.m. Friday, Jan. 17, at the library. The group’s fluent speakers will help get a conversation going.

Chinese Conversation Group: The Chinese Conversation Group will help teens and young adults practice Mandarin in daily conversation, learn new words, and become introduced to Chinese culture as well as crafts and games. The group will meet at 7:15 p.m. Wednesday, Jan. 22, at the library. Those who wish to attend are asked to register online at https://chathamlibrary.org/, or call the library at (973) 635-0603.

”Keep This, Toss That:” Professional organizer and author Jamie Novak will present a workshop, “Keep This, Toss That for a Clutter-Free New Year” on getting organized this winter at 7 p.m. Wednesday, Jan. 22, at the library. Novak said those who attend “will learn simple strategies to get things together after the holidays, how to clear the closets, get the top of your table back and more.”

”Gen Y” Networking Group: The “Gen Y and Other Job Seekers Networking Group” is a forum dedicated to “Generation Y” young adults and others interested in job search, networking, and career development. The networking group will meet at 7 p.m. Wednesday, Jan. 22, at the library, and all are welcome to attend.

”ABCs of DNA:” Photographer, artist and former science teacher Walter Choroszewski will present “ABCs of DNA: Introduction to Genetic Genealogy and Genomics” at 7 p.m. Monday, Jan. 27, at the library. Choroszewski will discuss DNA testing and how to discover “hidden information” in one’s DNA. He will decode the sometimes confusing science of DNA and translate it into common language. Choroszewski also will compare genetic testing companies and explain how to find genetic relatives, biological origins, and more.

Choroszewski, of Branchburg, is a seasoned lecturer and an expert on many topics, including the state of New Jersey. He has written 18 books on one aspect of the state or another. As a photographer he played a primary role in the “New Jersey and You: Perfect Together” tourism campaign and took many of the photos for it during the 1980s and 1990s.

He also has promoted New Jersey through public speaking and school programs like “New Jersey: Celebrate Your State” and “Timeline New Jersey.” He received an Award of Recognition from the New Jersey Historical Commission in 2011.

Choroszewski lectures more than 250 times a year. Some of his lectures celebrate New Jersey connections to the American Revolution, botany, cinema and television, and jazz, pop and rock. But his topics also range from the science behind the “Space Race” between America and the Soviet Union, to Stone Age migrants who settled in the state just after glaciers began to recede, to presidential scandals in the 20th century, to art spanning 500 years in the Louvre Museum in Paris.