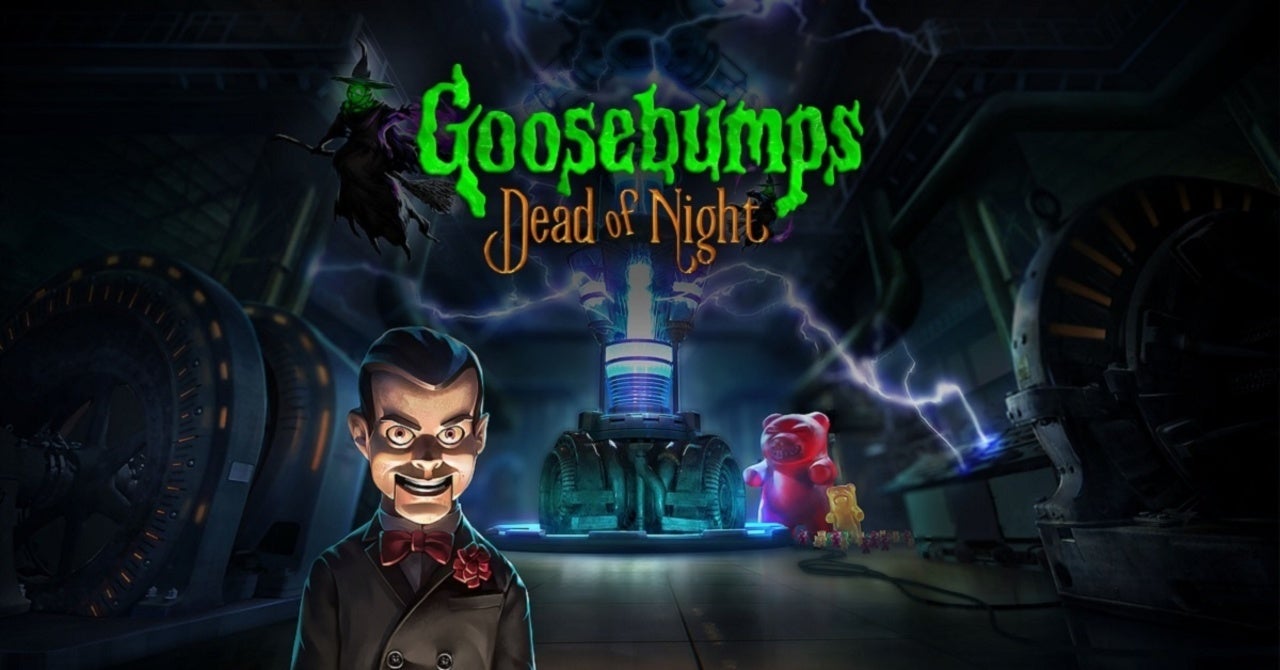 A new Goosebumps game called Goosebumps: Dead of Night was announced this week that’ll have players face off against Slappy the Dummy and a host of other Goosebumps monsters when it releases for consoles and the PC platform this summer. The game was announced this week and inspired directly by the film series and author R.L. Stine’s books. A trailer shown above gave a preview of what it’ll look like to encounter some familiar Goosebumps creatures throughout the game, and you’ll be able to experience it yourself this summer when it releases for the PlayStation 4, Xbox One, Nintendo Switch, and PC.

Created by Cosmic Forces, the same developer that released Goosebumps: Night of Scares, the new Goosebumps game’s story will already sound familiar to those who have read at least a few of the books in the series, namely the ones revolving around Slappy. The dummy’s been let loose from his book and has brought some other monsters with him, and its up to players to fend them off and find those pages to get everyone back where they belong.

“Slappy has escaped from the pages of Goosebumps and reunited his family of Monsters,” a preview of the game read. “It’s up to you to stop Slappy’s dastardly plan to unleash the Goosebumps monsters into our world. To trap Slappy back into his book you’ll have to solve puzzles and outwit the Goosebumps monsters. Can you survive Slappy’s wrath and defeat him?”

The trailer shows some of those puzzles and encounters players will find. Mixing things together to solve puzzles, fighting bees, and encountering classic Goosebumps monsters like the Werewolf of Fever Swamp are just a few of the callbacks to the series that could be seen in the trailer. Slappy’s of course the main antagonist and is the one pulling all the strings to make everything else happen which is typical for a Goosebumps experience like this one.

If you’ve played the Goosebumps: Night of Scares game, you can go into this one knowing that there’ve been improvements made from the first, according to the creators. Better graphics and more puzzles and levels are some of the extra features touted as well as more support for Nintendo Switch features like touchscreen and gyroscopic controls.

Goosebumps: Dead of Night releases for the PlayStation 4, Xbox One, Nintendo Switch, and PC platforms this summer.