We have to admit, this has been one of the clumsiest next-gen launches we have seen in the history of gaming consoles. With what normally is already a struggle to pick up a console on release, has evolved into an all-out war of people trying to get this next-gen fix on online stores, hoping they would still be able to have an Xbox Series S or X, or the PlayStation 5, be it with or without a disc drive. Add on top that the actual exclusives on launch are also a bit mediocre in quantity and form, and you have yourself a very weird release timeframe. While PlayStation sports more original titles for the time being, such as Sackboy and the Miles Morales version of Spider-Man, they are also available on PS4, albeit with slower loading times and dated visuals. This time, we point our direction towards Godfall, a game that is available for PC and PS5, skipping the new Xbox. This self-proclaimed Looter-Slasher will have to carry a big part of the PlayStation 5’s release on its back. 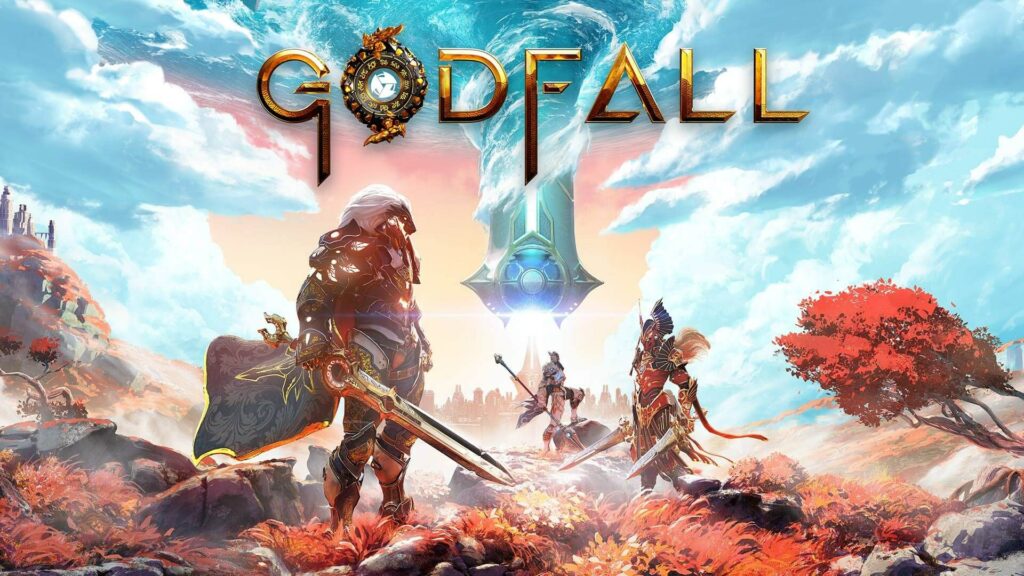 Godfall tells us the story of two rivaling siblings, where one is being defeated for trying to stop the other’s thirst for power. You will have to wade through your brother’s different generals in order to stop him from ascending to godhood.

The premise is fairly okay, as it corresponds well with the visuals, however, it never really treads any deeper than those two lines of text we just gave you. It’s something to hold onto, and the voiced dialogues give it some charm, but it’s nothing that will actually sell the game to potential players.

There’s no getting around this part of the game; Godfall is extremely pretty to look at. While limited in nature, everything on display is extremely nicely made, decently textured and has a proper oomph when you get into your different suits of armor (Valorplates) as you progress through the game. Every environment is very lush and colorful, but as you start exploring some things will become apparent. You will notice that there is still a bit of texture popping, the lack of effects when running through puddles of water, and the same breakable objects over and over, in combination with a lack of enemy models. This could have made a very impressive tech-demo for the PlayStation 5’s presentation but it eventually did not end up being fleshed out enough as the same clutter keeps being repeated over and over to manage filling up the world. 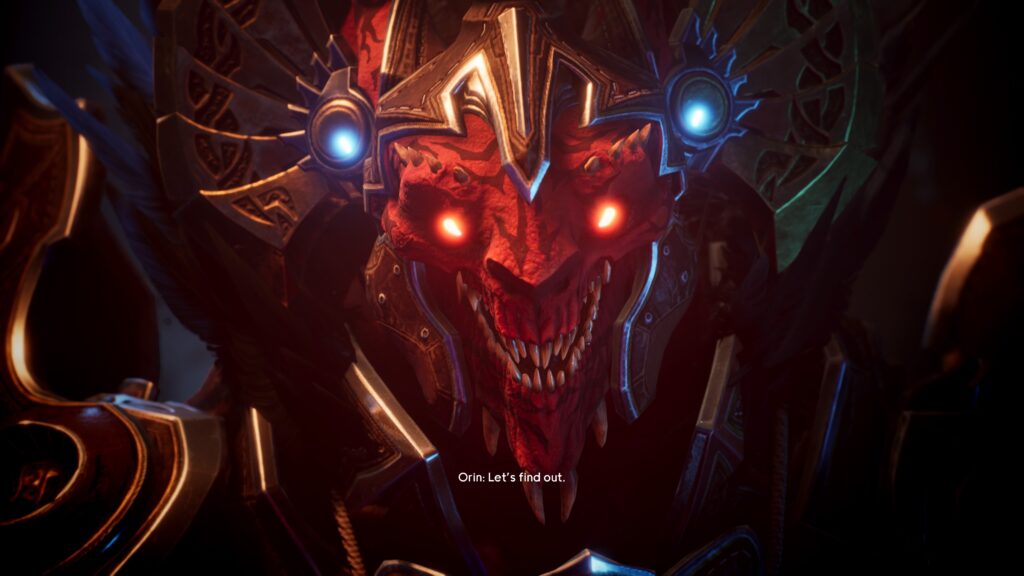 The sound design is okay for a game such as this. The music is quite cinematic in nature, and the limited quest dialogues are properly narrated, even if the game only has a few significant characters that actually have decent voiced lines. The main character, when picking a male Valorplate sounds quite Liam Neeson-esque which does add some flair to the game.

Godfall classifies itself as a Looter-Slasher, which is of course a subtle alteration of the Looter-Shooter genre. This means you’ll just go through many different missions in order to grind and get better gear. That’s basically the entire purpose of the game, albeit with the option to play alone or with friends. The game sets you loose in the same environments over and over again, in order to beat new foes and of course, loot new gear. While not having a proper skill or class system, a bit of variation can be found by unlocking the different Valorplates, which serve as different sets of armor with different abilities. 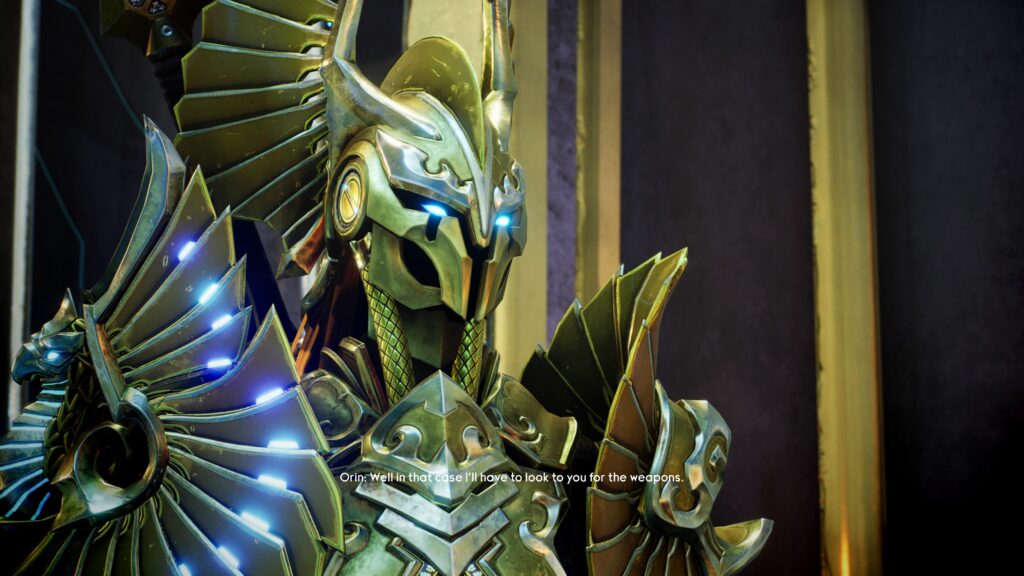 The game tries its best to create a certain diversity with the sets of armor you can craft and unlock, with each having slightly different passive abilities and different active skills. In reality, these all feel the same and all boil down to the same thing, albeit with a different element they represent and a slight difference in their active skill. The latter more than often just gives a small damage boost or something else to make you stronger for a few seconds. The various weapon types feel different, but with only five types in the game, things will also turn stale quite quickly. There is a small incentive to keep leveling to gain new skills, as well as gaining crafting materials for your different Valorplates, but it doesn’t hold up well to motivate you to keep grinding.

What makes the game dull has to do with a few different factors, such as content, mechanics and the lack of consequences hanging over your head should you die, when not playing on the Hard difficulty. The first is self-explanatory as the game only has a handful of different environments in which you can roam around and play, and you will already see repeating content after only an hour into the game. The mechanics are alright, and even with the many options, it still works to just mash your buttons, as the more important factors, such as a proper battle overview, are found to be very lacking in this title. When playing through the game, you will not suffer any penalty for dying, and thus respawn immediately, close to your foes whose health has already been whittled down by your attacks. Sure, you can set the difficulty on Hard from the beginning, but when playing solo this might be a bit too much with the sloppy battlefield overview. Nonetheless, it would have been better to slowly build up the penalties over the different difficulties, rather than go all or nothing. Also, upon selecting a difficulty you never truly see what difficulty you have selected when starting the mission, and when opening the difficulty menu again, it will again have the cursor on the Easy setting. 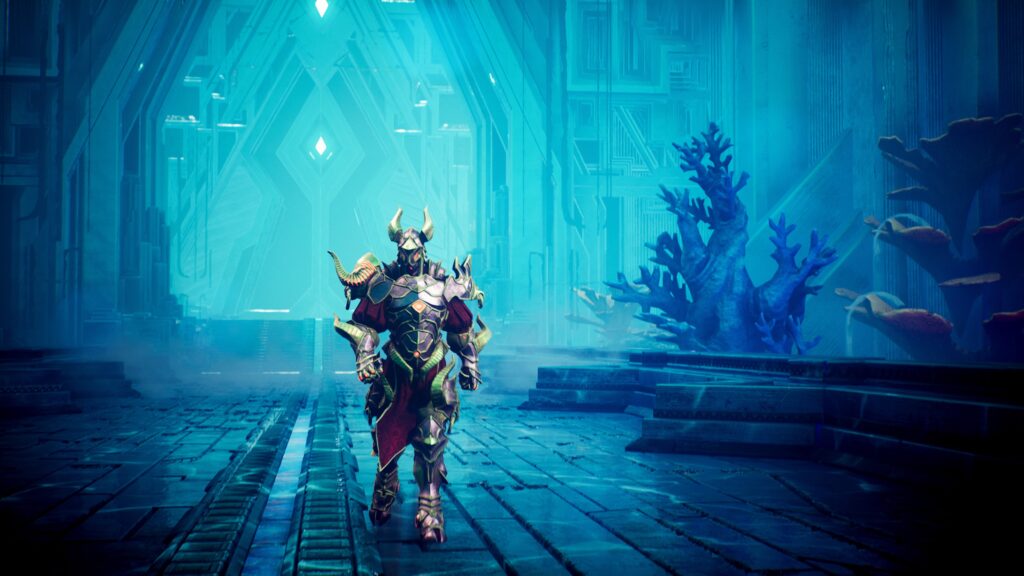 As smooth as things may run when playing Godfall, there were a few hit detection problems, as well as a few actual game-breaking hiccups, where you can fall through an elevator that doesn’t come back down if you do, leaving you stranded. The latter occurred in a side-mission several times, thus not halting your story progress, but it was still very annoying to have it happen multiple times.

Godfall is one of those games you really want to like, as its visuals and paper-thin plot still manage to draw you into the experience. Sadly, the game becomes quite stale quickly due to its overcomplicated (and useless) mechanics, the very repetitive grind, the limited content and the overall blandness of what you’re doing. At its current price, it’s not worth getting into, but when in heavy discount this can actually be an appealing grind for you and a couple of friends to plow through. We were left with very mixed feelings but would love to pick this one up again if more content is added to the experience. 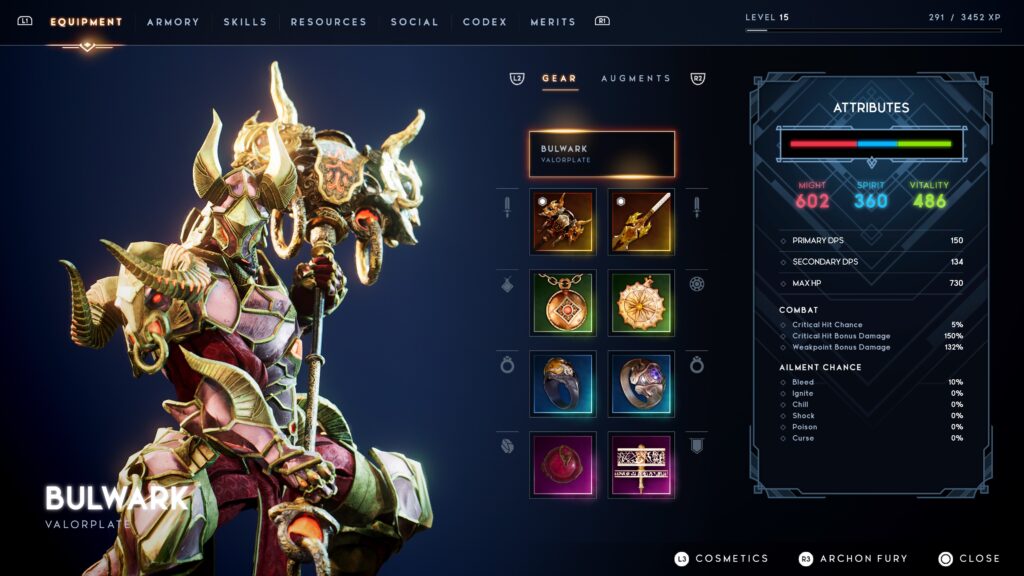