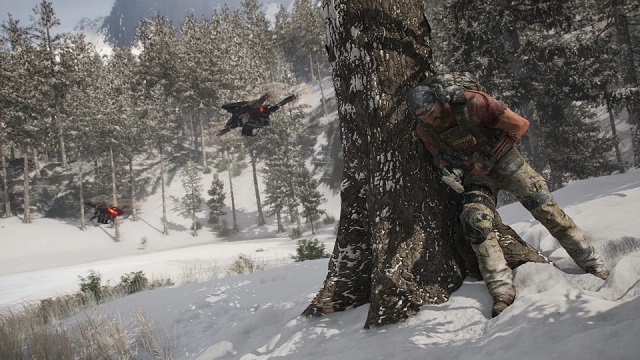 The start of Episode 2 coincides with the release of the Title Update 2.0, including the new Ghost Experience and several other major additions. The update will be available on the Xbox One family of devices including the Xbox One X and Windows PC, PS4 computer entertainment system, UPLAY+, Ubisoft’s subscription service* and Stadia, the new generation gaming platform from Google. Title Update 2.0 is the biggest update for Tom Clancy’s Ghost Recon Breakpoint yet. It will include:

• A new story Adventure tied to Episode 2 including eight narrative missions where players will team up with Sam Fisher, the renowned character from Tom Clancy’s Splinter Cell. Together, they uncover a plot to develop mind-controlled military drones, and they will have to stop its development on Auroa. The Adventure will introduce new stealth-focused gameplay elements and feature cinematics with the voice of Michael Ironside. The full Adventure will be available to all Year One Pass owners or as a standalone purchase. All players will have access to the first mission and its 2 rewards for free, and will be able to join co-op parties with friends owning the Adventure. Ten new exclusive Tom Clancy’s Splinter Cell-themed mission rewards will be available for players to earn, provided they own the Year One Pass or Adventure from mission 2 onwards.

• The Ghost Experience, a new mode free to all players that will offer new immersive and tactical options to players and let them fully customize their experience, with the possibility of removing gear level and using a more realistic loot system. All details about the new mode can be found here.

• PVP updates, including 4 new maps and a map voting option.

Title Update 2.0 also features a host of community-requested features, including camera placement, BASE jumping, weapon/gear sorting options, vehicles, respawn system improvements, gunsmith updates and more. All details can be found here. Additionally, new players will be able to experience all the new content brought by the TU 2.0 update on the Xbox One family of devices including the Xbox One X and Windows PC, and PS4 computer entertainment system during the Free Weekend from March 26 until March 29.

Know your history: The SNES Encyclopedia will launch on November 6, details a whopping 780 games

Crash Bandicoot Will Make Its Global Android Debut Next Year