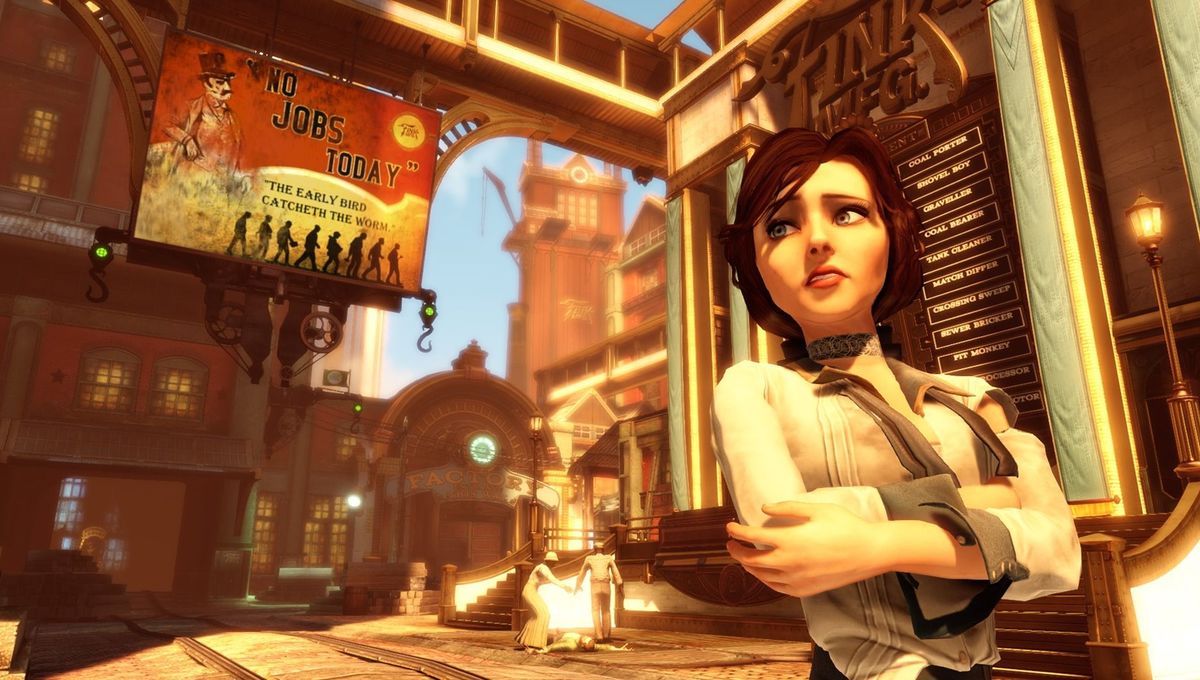 A new entry in the acclaimed sci-fi BioShock franchise is in the works — though no word yet where the game’s timeline will fall in the series’ strange and warped steampunk versions of the past.

This news comes straight from studio 2K, which also announced that a new substudio would be formed to focus entirely on bringing the fourth BioShock game to life. Cloud Chamber will be in charge of the first BioShock entry since 2013’s BioShock Infinite, which took gamers to shoot and loot in a city in the sky.

The game will be “in development for the next several years,” according to the release, under the guidance of new Global Studio Head Kelley Gilmore. Gilmore will be 2K’s first-ever female studio head, bringing a history with games like Civilization and the alien-battling XCOM to the role.

“We founded Cloud Chamber to create yet-to-be-discovered worlds – and their stories within – that push the boundaries of what is possible in the video game medium,” said Gilmore. “Our team believes in the beauty and strength of diversity, in both the makeup of the studio and the nature of its thinking. We are a deeply experienced group of game makers, including many responsible for BioShock’s principal creation, advancement and longstanding notoriety, and honored to be part of the 2K family as stewards of this iconic franchise.”

As BioShock totally reinvented itself after the original game and BioShock 2, the fourth game could similarly step in a new direction away from the undersea Big Daddies. No word on when the so-far-untitled BioShock game will be released.

Next, Pokemon GO fans may have a visual enhancement coming their way thanks to Google. The tech giant’s augmented reality technology has recently taken some leaps that would make mobile AR games like the monster-catcher even more realistic. Part of these improvements to the Google platform, ARCore, include the enhanced ability to add in occlusion to the virtual objects.

According to The Verge, this is a technique that Google showed off in a demo that allows AR creations (like a Pikachu or other video game element) to be blocked off or obscured by real-world features, just like real life: panning around a park might show a tail or ear peeking out behind a tree. This depth detection will be achieved through software optimization rather than new hardware, so theoretically, existing Android phones could achieve this.

These demos are a big step up from simple proof-of-concept videos previously demonstrating the technique, especially since the tech will now be available via updates to the Houzz app and Google’s AR in Search feature. As AR objects interact with the real world more realistically, genre fans are getting closer and closer to a full-blown Holodeck situation.

Look forward to this enhanced software being rolled out onto AR services in the coming year.

Finally, one of the gaming world’s largest companies is finally lifting its long-standing and frustrating ban on crossplay. Sony, whose PlayStation 4 has held up console and PC crossplay functionality for games like Fortnite in the past, has finally begun changing its policy towards playing nice with others — this time with Minecraft.

The Lego-like building phenomenon has been going strong for years, with online play allowing the game to become one of the internet’s most popular avenues for game streamers to garner fanbases on Twitch and YouTube. Now the game will finally have crossplay across all the major platforms it’s been released on thanks to a new PS4 update:

Video of Minecraft is Better Together – Bedrock Version on PlayStation 4

The Bedrock Edition will hit the console on Dec. 10, allowing players to build, forage, and otherwise explore with those playing on the Xbox One, PC, Nintendo Switch, iOS, Android, or Gear VR. This is a long time coming: crossplay for the other consoles was rolled out back in 2017.

Gamers can start inviting Sony diehards to their Minecraft adventures on Dec. 10.