Furballs is an upcoming football game for iOS and Android from Phony Games. They have launched a Kickstarter campaign today where they’re looking to raise $20,000. Furballs aims to bring console and PC gameplay to mobile devices.

A cursory glance at Furballs is likely to evoke a response of ‘oh it’s Rocket League with hamsters in balls’. Then you watch the trailer – which you can see below – and you’ll probably still think that. It’s certainly no bad thing though, Rocket League is an excellent game so I’m happy to see someone trying to emulate that for mobile. It’s also played inside a hamster cage, which is adorable.

Players will control a little critter by simply holding down on the screen in the direction they want to move. Being in a ball means you can move in any direction, making it far more manoeuvrable than a car. Beyond that, you’ll tap the screen with two fingers to jump and swipe to activate a speed boost. The game can also be played using a controller but you will always be pitted against other folks who are playing that way for balance.

There will be both singleplayer and multiplayer game modes so those who like the idea of football with hamsters but not competitive matches will be catered for. The multiplayer will undoubtedly be of more interest to most players though.

There will be 1v1, 2v2 and 3v3 modes so there’s plenty of choice for whether you want to tackle the game on your own or with a few friends. Each of these modes will have their own rank so if you’re good in a team but not so great solo you should still be matched up with players of a similar skill level for each. 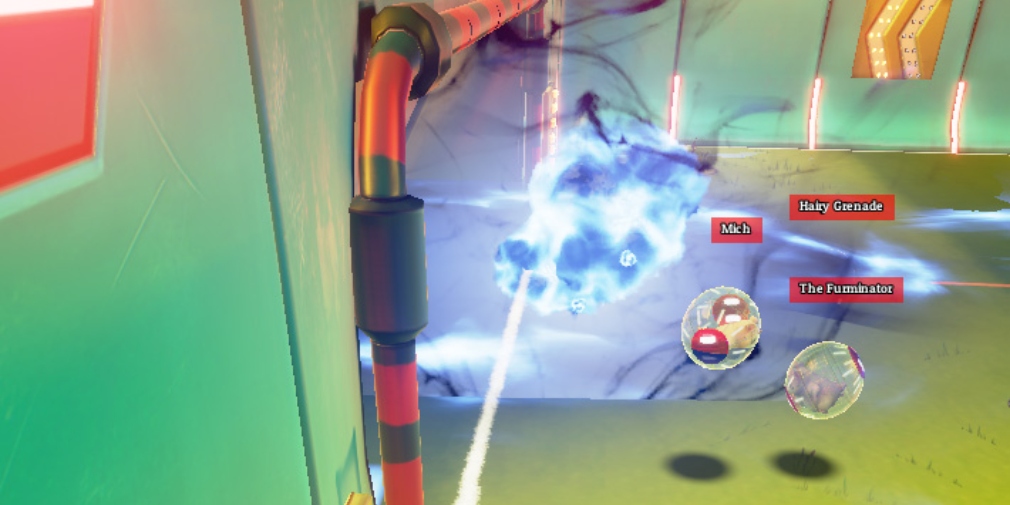 One of the big draws for Furballs will be Phony Games’ attitude towards advantages through in-app purchases, promising that skill will always be the deciding factor in matches. Instead, their free-to-play model will be solely cosmetic IAP’s where you’ll be able to change your ball or the hamster within it. There are some cool examples in the trailer such as a tesla ball and one that nods towards Star Wars’ Death Star.

Furballs will be available on the App Store and Google Play when it launches as a free-to-play game. In the meantime, you can check out their Kickstarter page if you’re interested.