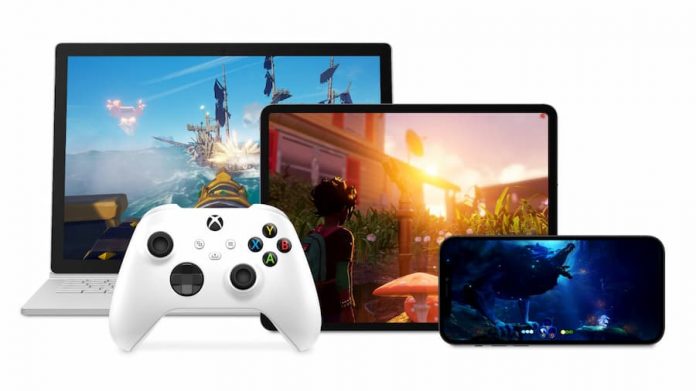 The cloud isn’t just something your boss’s boss keeps going on about without knowing what it means, it’s a means of playing Xbox games wherever you are. If you subscribe to Xbox Game Pass Ultimate you can use an Apple tablet, phone or Windows 10 PC to play a range of Xbox games.

There are over 100 games right now that you can play via Xbox Cloud Gaming. You can find the full list here, but as long as you’ve got a supported device, a supported controller  and a connection of at least 10Mbps, you’re good to go. Even better, some games support touch controls so you may not even need a controller.

Hang on, though.. “supported devices?” You can find more details here but the tablets and phones do need to be on the list. If you’ve got an iPad Mini 2, you’re out of luck but, since you can’t install iOS 13 on those you’ll have difficulties with a lot of games. Android devices are supported through the still ongoing preview program but you may run into performance issues depending on the device.

Also, you do need Xbox Game Pass Ultimate but, given Xbox is getting involved in Xbox enabled TVs, we wouldn’t be surprised if a streaming-only subscription package was launched later. But for now, if you have Ultimate then Xbox Cloud Gaming is a go.