Valve today announced its portable gaming device the Steam Deck with a starting price at $399.

“Steam Deck is a PC so you can install third-party software and operating systems,” said Valve.

The handheld has a custom AMD GPU with eight RDNA 2 CUs and up to 1.6 teraflops of performance. This is more than the 1.4 teraflops of the Xbox One S and below the 1.8 teraflops of the PlayStation 4. It also runs on modern RDNA 2 architecture.

Microsoft now releases all of its first-party games on PC on the Microsoft Store with many of them coming to Steam. With Xbox Game Pass you have access to over 100 games on PC alone and if you are an Xbox Game Pass Ultimate member you can use Xbox Cloud Gaming to stream games if you have fast enough internet. 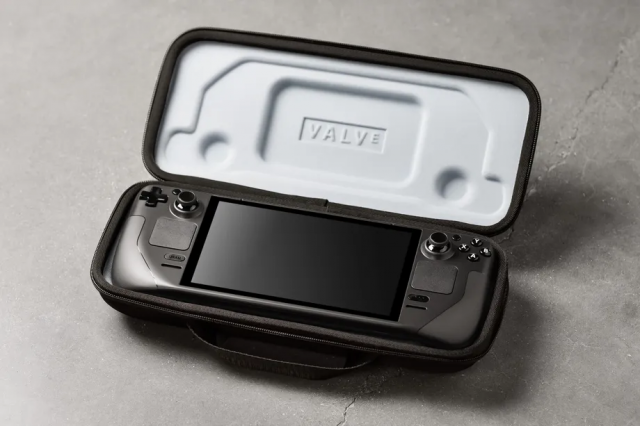 The SteamOS on Steam Deck can run 7,586 games out of 54,280 on Steam. However, if you install Windows you will have access to all but 13 games on Steam.

What isn’t known is how well Windows will run on a handheld device it hasn’t been optimized. We also don’t know yet how well games running on Windows will perform on the Steam Deck.