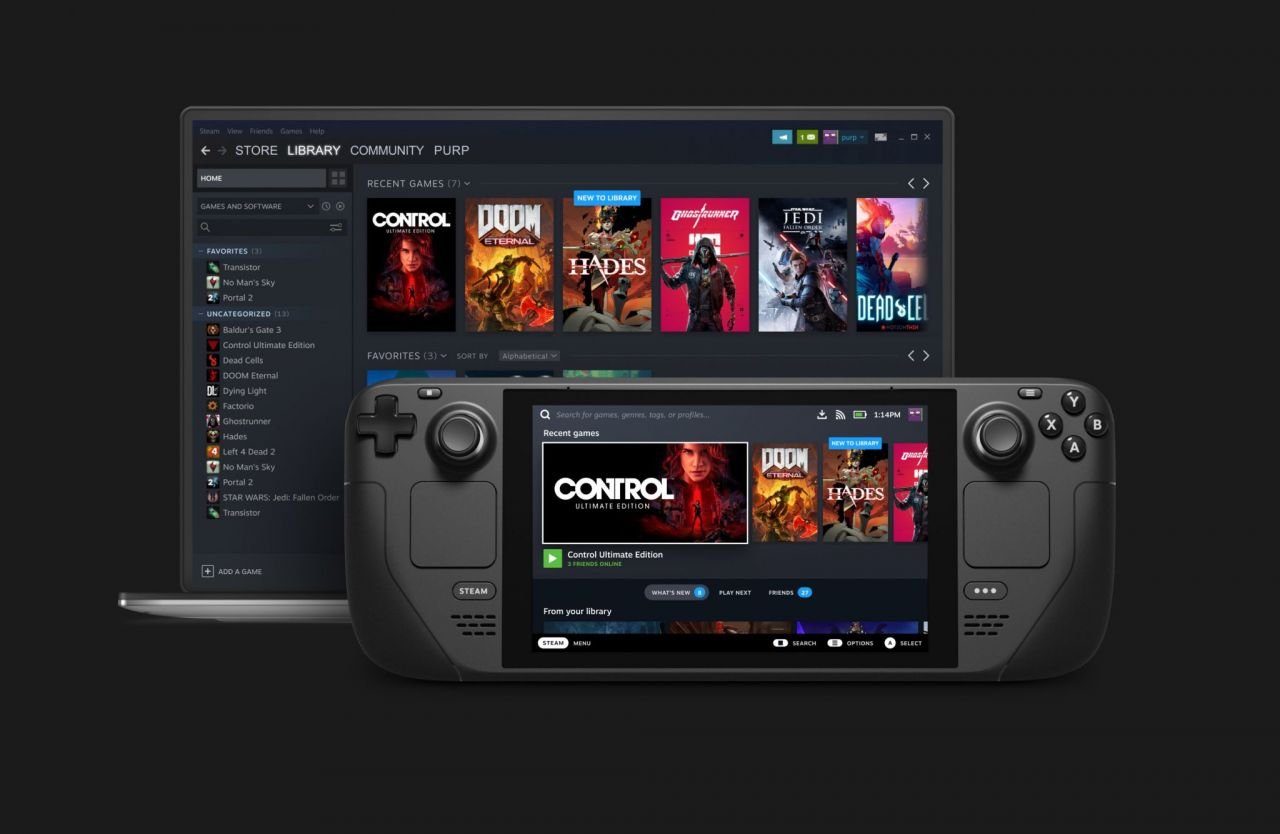 It wasn’t that long ago that Valve shocked the gaming world when it presented its new special gaming system known as the Steam Deck. And almost immediately, it was getting a LOT of comparisons to a certain other handheld gaming system…the Nintendo Switch. Not just because of its portability and shape, but just the “intent” of it all in the eyes of many.

However, Valve doesn’t see it that way, and in a chat with IGN, Designer Greg Coomer had this to say about the Steam Deck:

“We tried to make all the decisions really in Steam Deck that targeted that audience and that served the customers that were already having a good time interacting with the games that are on that platform, on our platform. That really was how we were making our decisions. We’ve ended up with a device that cosmetically shares some traits with a Switch, but that just was… it’s kind of an artifact of how we’ve proceeded down the design direction.”

Co-founder Gabe Newell added to this by noting that while the two may SEEM similar at first…the company philosophies behind them and what they’re intending to be is much different:

“So I think Nintendo does a great job targeting the audience they do with the content that they have. And that’s going to be different. Like when you pick this up, it feels much more like the ergonomics for somebody who’s used to playing with an expensive game controller, right? Because it’s bigger and it’s bulkier than a Switch. And if we’re right, that’s the right trade-off to be making for the audience that we’re going after. [O]bviously, I mean, I think they’ve sold 85 million Switches.
Let me put it this way. If you’re a gamer, and you pick up a Switch, and you pick up one of these, you’re going to know which one is right for you, right? And you’re going to know it within 10 seconds.”

Which “side” you fall on will depend on the games you want to play. There are no doubt those that will be intrigued by the Steam Deck, but others will want the content that the Nintendo Switch provides.