Ubisoft has announced that a new “Tom Clancy” game is launching this Monday, July 19, but the game’s actual title remains a mystery despite the many leaks and releases by users. Speculations point out its relation to the “Ghost Recon” series, but other possibilities include “The Division” and “Rainbow Six Siege’s” sequels. 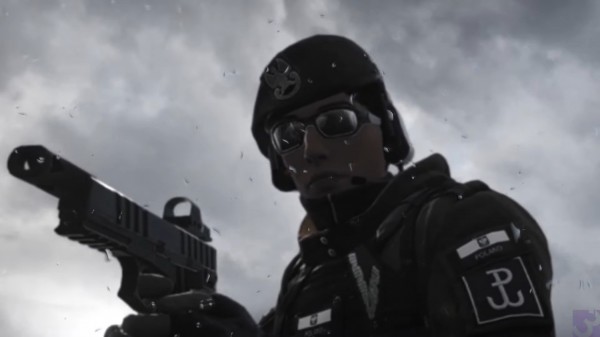 According to the tweet by Ubisoft (@Ubisoft), an untitled “Tom Clancy” game will be released this Monday, July 19, and it would bring new content to continue the iconic games from the company. The action, thriller, and conspiracy games have evolved for a long-time now, incorporating the latest technology to the intense plot of espionage and black ops war.

There were no hints as to what game would be released, and what sequel would it be from, especially as Ubisoft is known to have released a lot of titles in the Clancy Universe. It could be the awaited “Splinter Cell” continuation, or from “Rainbow Six,” while some believe it would be for the 2016 game “The Division.”

While this leaves people without any idea on what to look forward to, it sure would bring the suspense for this reveal, as the series is an awaited one from the game publisher.

Ubisoft Livestream: How and When to Watch

The company would host a live stream for July 19 with an event starting at 11 AM Pacific Time or 8 PM for Central European Standard Time. The stream would be available via Ubisoft’s YouTube page, where a placeholder is already in place on their platform.

Ubisoft calls this the “Tom Clancy” worldwide reveal, and it has generated a mixed response from users in Twitter, with some excited about the reveal, and some wanting the company to fix issues first.

The game is a go for launch on Monday, and it would bring the next title, despite the issues Ubisoft is currently facing.

According to Tanya of BETHerTV (@cypheroftyr), the new “Tom Clancy” game will be a first-person shooter (FPS) title, which would be slightly different from previous ones. Older games from Ubisoft and the Clancy universe were in the third-person, but the change may give players a new perspective, like that of “Call of Duty.”

There’s a new game coming from @Ubisoft y’all. I got a sneak peek! Tune in tomorrow at 11am PT/1pm CT for the full reveal! In the meantime, check out this clip! 👀

The clip that the game streamer provided is a multiplayer arena mode, which suggests that it may be something like “Call of Duty: Warzone,” rather than a story-driven title. However, it could still have a story and battle arena in one, like other shooter titles present in the industry.

For now, gamers would have to wait for Monday to confirm speculations and guesses.