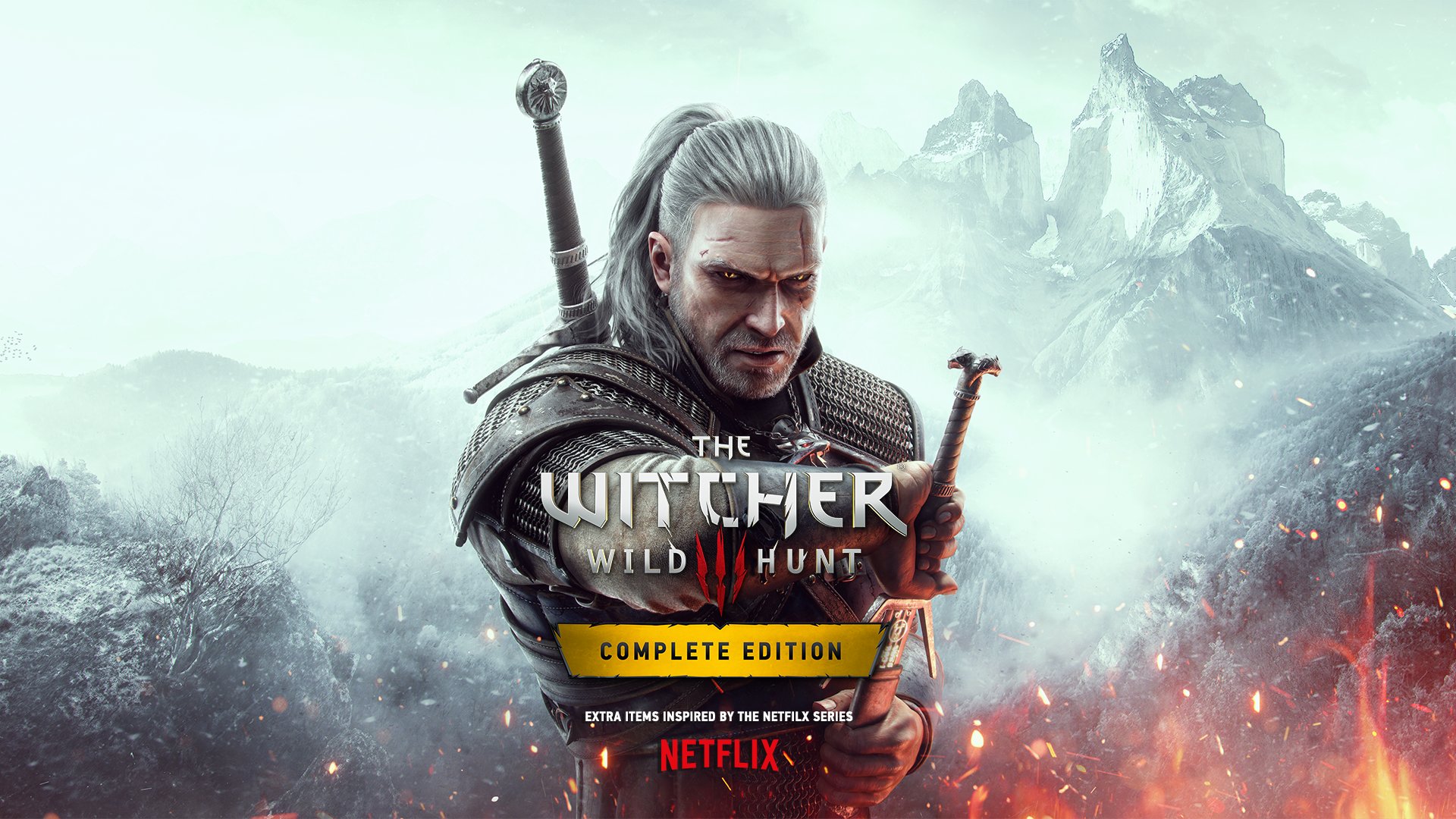 CD Projekt Red has revealed the brand new cover art for The Witcher 3: Wild Hunt’s next-generation release for PC, PlayStation 5, and Xbox Series X|S. Geralt’s face seems to have changed a bit in the cover art when compared to the original that was released for the PS4/Xbox One versions of the game. In addition to the cover art, it was also revealed that DLC inspired by the Netflix Original Series would also be included as part of the upgrade, with more details coming soon. As for what is all a part of this Netflix DLC, we do not know at this time, however, guesses such as armor modeled after the live-action series seem pretty likely to be a part of the DLC.

Previously, the company revealed that the title would be receiving a next-generation upgrade, free of charge for current owners of the PC, PlayStation 4, and Xbox One versions of the game. Below you can find the initial press release that revealed the next generation upgrade was in the works.

We’re working on the next generation edition of The Witcher 3: Wild Hunt!

Developed to take advantage of the most powerful gaming hardware, the next-gen edition of the game will feature a range of visual and technical improvements — including ray tracing and faster loading times — across the base game, both expansions, and all extra content.

The next generation edition of The Witcher 3: Wild Hunt will release as a standalone purchase for PC, Xbox Series X and PlayStation 5, as well as a free update for everyone who already owns the game on PC, Xbox One and PlayStation 4.

In case you cannot wait to play The Witcher 3: Wild Hunt, it is available through PlayStation Now as of June, staying on the service through September 6th. With upgrades such as fast loading speeds and even ray tracing promised, this upgrade is looking to be quite exciting for fans of the beloved title! Other features such as upgraded textures, models, geometry, fidelity, and performance modes, and more should also be expected with the nature of this release. We cannot wait to hear more about what this upgrade entails and when it will be released across PC, PlayStation 5, and Xbox Series X|S!