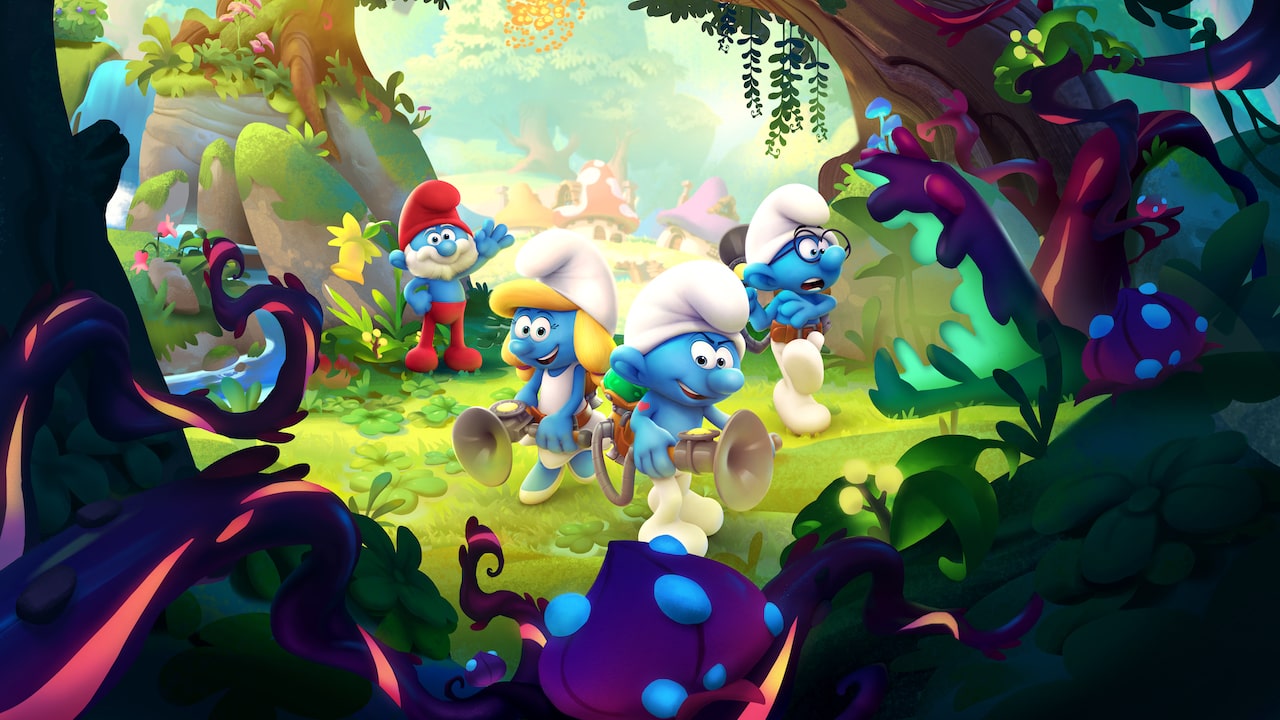 Microids and IMPS have shared a teaser trailer for The Smurfs: Mission Vileaf, a 3D action-adventure game coming to Nintendo Switch later this year.

The Smurfs must once again elude Gargamel’s plans, after the evil wizard discovers a formula to create a wicked plant known as Vileaf. The plant can produce Viletrap seeds, which can attract Smurfs and imprison them within Vegetal traps. Such plants also pose a great danger to the forest, as they are highly toxic – especially for the sarsaparilla fields.

You will control “an ace Smurf team” which features Hefty, Smurfette, Brainy and Chef, as you set out to use Handy Smurf’s revolutionary invention, the Smurfizer, to heal the plants that have been afflicted by the Vileaf. The device can also be used to eliminate any threats, help the Smurfs jump higher, glide through the air and dive.

The Smurfs: Mission Vileaf will release at retail and on the Nintendo eShop for Nintendo Switch worldwide on 26th October 2021.