Years after release, players can now look back at the Nintendo Switch’s library and choose from a variety of strategic and entertaining fighting games, no matter how you like to play. There are titles you can’t play anywhere else, like ARMS, Super Smash Bros Ultimate, and the criminally underrated Pokken Tournament DX that all bring something different to the table.

Then there are the ports of big titles like Dragon Ball Fighterz and Mortal Kombat XI that hold their own on the handheld device. Even classics are brought back with love in games like Street Fighter Anniversary Collection, a museum to the series at large featuring a huge collection of the series best titles.

So, whether you need to flex your skills or you’re taking your first steps in the arena, the Nintendo Switch could be the very best place to get your fighting game fix. Grab a couple of controllers, pick your main, invite some friends over, and choose where to battle! You’ve got plenty of choice, so here’s our guide to the best Switch fighting games. 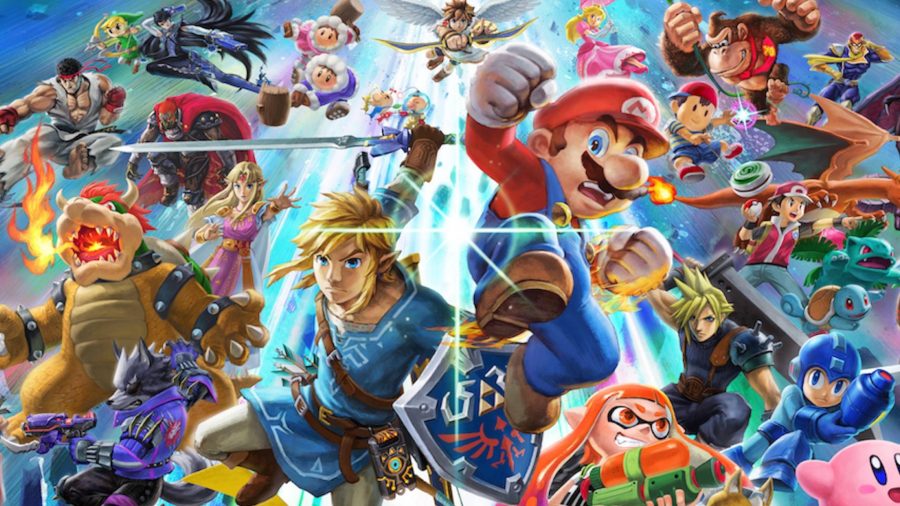 Well, of course. The latest Super Smash Bros game features possibly the most impressive character roster ever created. It’s continued to grow since release, but also sharply refines the incredible gameplay fans know and love. Fan-requested newcomers like Ridley and K.Rool are joined by left-field picks like Sephiroth, and Minecraft’s Steve in a truly chaotic collection of fighters.

Meanwhile, the portability of the Nintendo Switch makes it even easier to quickly teach your friends a lesson, no matter where you are. Smashing has never been so easy, or had this many options, in fact, we have no idea where it could even go next?

If you’re curious about which character is best, we recommend you take a look at our Super Smash Bros Ultimate tier list. 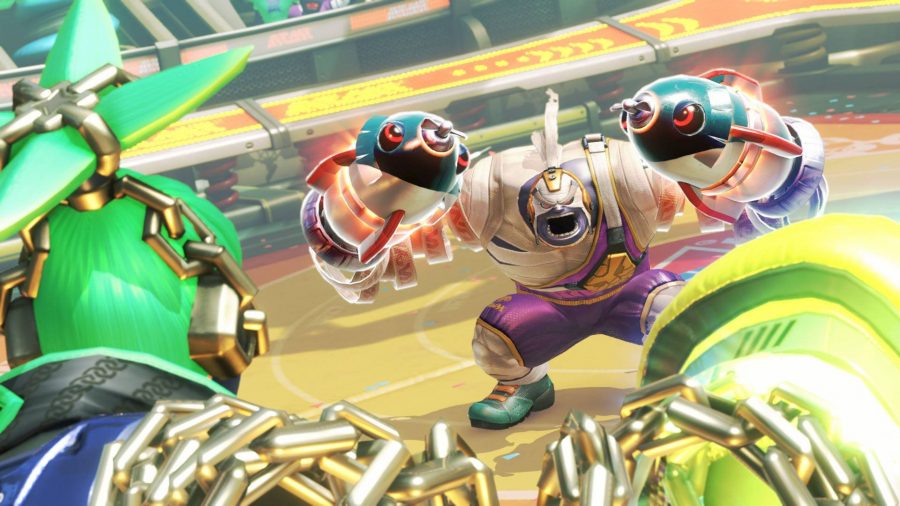 Easily overlooked by many, ARMS could have just been a fun experiment for Nintendo that utilised the Joy-Cons, but actually, it’s a smart and methodical fighter, unlike anything the company had done before while fitting in absolutely tonnes of style.

Each well-designed character uses equippable appendages called ARMS, there’s a huge collection to choose from, and it’s up to you to figure out the best choice for your character and play style. It also runs buttery smooth, even online, and with the slightly slower-paced gameplay, it could be the perfect fit for younger players. 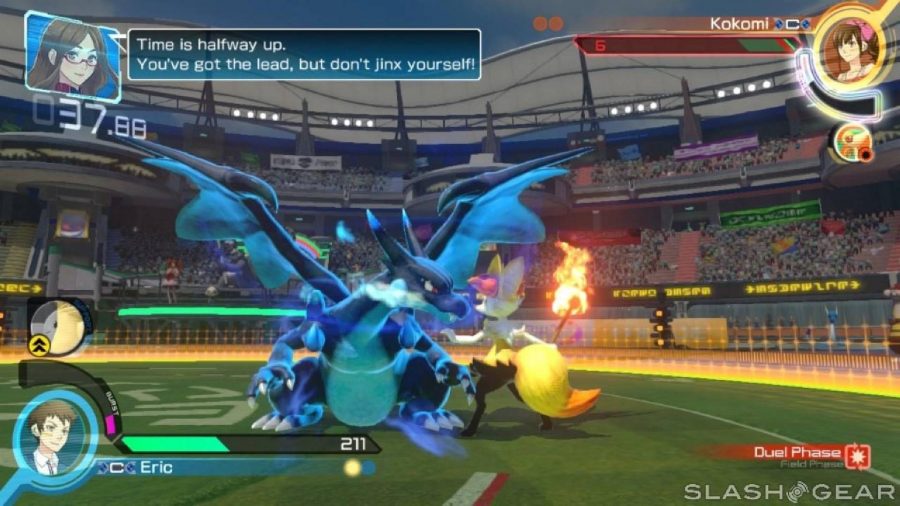 Mixing Pokémon and Tekken wasn’t something we knew we needed, but now it’s here, and it’s amazing. Developer Bandai Namco has given its unique spin on the Pokémon franchise, and made a surprisingly deep fighting game that’s easy to pick up but hard to master. Chaining combos while using each Pokémon’s different techniques, including fan-favourite Mega Evolutions, is the key to victory. Plus you can play as Pikachu, Charizard, and even a sentient chandelier with ghost/fire type Chandelure. Pokémon fans, don’t skip this one!

While this fighting-focused anime has had more than a few video game adaptations over the years, none have looked quite as impressive as Dragon Ball Fighterz. With visuals that have jumped right out of an episode of the show, this frantic 3v3 fighter is a fantastic entry for the franchise, and has a roster covering classic fan favourites, and newer additions from Dragon Ball Super as well. The story mode even features a new antagonist in Android 21, designed by Akira Toriyama himself, so any fan will find so much to love here. 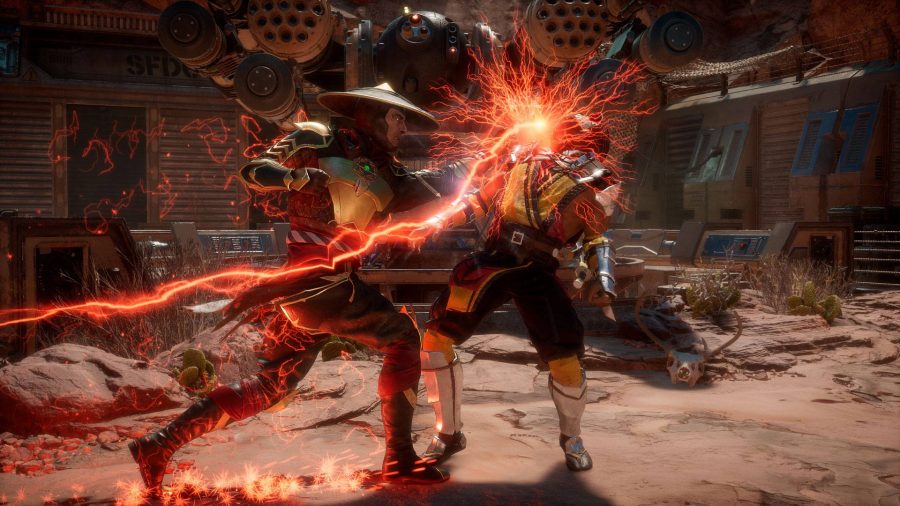 For the older players, the violent and vicious Mortal Kombat XI shows the series has no plans of stopping, and is only getting better with age. Just as the fatalities are getting more ridiculous, so is the roster, as MKXI features an insane collection of DLC characters, including action heroes such as Rambo, The Terminator, and even Robocop himself. Meanwhile, there’s so much content to unlock in various game modes, that any fan of the series can be playing this one for months to kollect everything.

To celebrate Street Fighter’s 30th anniversary, Capcom put together a bumper package including 12 Street Fighter titles, from the original to Street Fighter 3 Third Strike, and every release in between. The complete collection shows just how the series has grown, and features some of the best fighting games ever made. You can even play online in a select few, as well as access a huge treasure trove of archival material like concept art, music, and insights into the history of the series development. A love letter to the series and its legacy, every fighting game fan should have this in their collection.

Well, that’s our list! There are plenty more fighting games to choose from but these are the ones that no fighting game fan should be without. Meanwhile, make sure to keep yourself glued to Pocket Tactics for all the latest news, reviews, and features covering mobile and Nintendo gaming news.