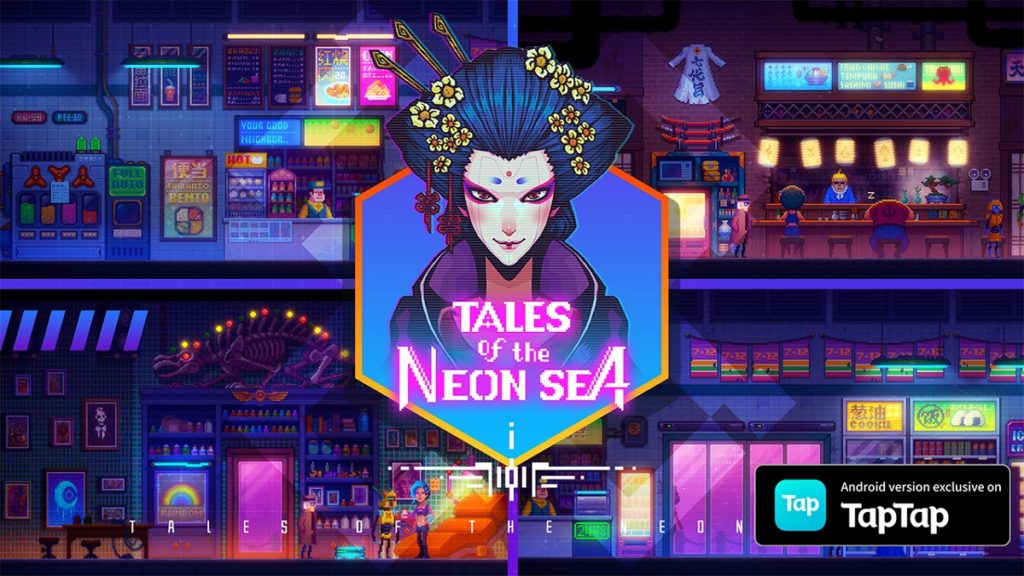 Cyberpunk pixelart adventure game Tales of the Neon Sea has been out on iOS for a while now, and we’ve been waiting for some more details on its Android release. Well, we’ve got a big one – the game is coming exclusively to TapTap.

You won’t be able to get the game from the Play Store, instead if you want to play the game you’ll have to pick it up from TapTap. It’s going to be completely free though – no IAPs and no adverts.

It’s another feather in TapTap’s cap as it tries to drag gamers over to its own infrastructure. There are a few exclusive games on the platform now, and the pricing point is certainly going to make this one attractive to some.

The game itself is a point-and-click adventure that’s packed full of interesting puzzles. You play as both a detective and his feline sidekick. And everyone knows games with cats in are better than games without cats in them.

If you want to pre-register for the game, you can do it by clicking right here. That said, you won’t have long to wait for the game to release – Tales of the Neon Sea is set to go live on TapTap on August 5th.

Are you excited to see TapTap getting more games? Do you wish Tales of the Neon Sea was coming to the Play Store? Let us know in the comments.