Red Blue Games has teamed up with Playdigious to bring Sparklite on the Mobile platform. Sparklite Mobile was revealed during Day #2 of our Pocket Gamer Launchpad event, where it was confirmed that the game would be arriving on Android and iOS later this year.

Sparklite is coming to Android and iOS

Sparklite was first released way back in 2019 and has since become available on the PS4, Xbox One, Steam, and Switch. Red Blue Games, the developer of Sparklite, wanted to expand the game to a wider audience so they decided to team up with Playdigious to make it happen.

Playdigious released an announcement video as well, which shows us a glimpse of Sparklite mobile gameplay. You can check that out below. 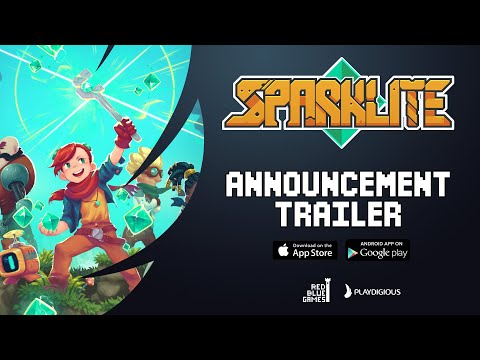 Sparklite is a fun action-adventure game that is set in a whimsical ever-changing land. It’s a top-down action game where you get to explore the dangerous corners of the procedurally generated world.

Make sure to keep your gadgets, gear, and gun ready to take down titans of the mining industry and harness the power of Sparklite – a blue, glowing ore that serves as the life force of the planet.

The story follows the lead character, Ada, as they set off on an adventure to fight against Baron, who wishes to use the magical ore for his own benefit.

When will Sparklite release on Android and iOS?

Playdigious is yet to release the exact release date for the Sparklite mobile version. However, in the announcement, they have mentioned that it will release later this year. So clearly, you won’t have to wait more than a couple of months.

Sparklite will be a premium release and will not have any in-app purchases. The game has received positive reviews all across the platform, and so, naturally, we are excited about the mobile version of the game.

Also, check out our list of the Top 15 best adventure games for Android phones and tablets.