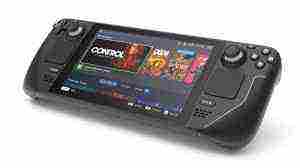 SONY may be working on an amazing new PS5 update that could give it the edge over the Xbox.

Online gaming is a huge part of the PS5 experience.

A PlayStation document reveals a secret “tournament system” that would work across games.

And it seems Sony wants to offer deeper competition across the console.

This would work for multiplayer games, but would be part of the PS5 system.

That means tournament-style brackets would be established outside of the core game – but would govern the matches within.

It means developers don’t have to build dedicated tournament systems into their games.

So games that wouldn’t typically be very competitive could be made so, simply by owning a PS5. Importantly, the system would be able to track wins and losses inside the game.

This would be fairer than a self-reporting system, which external tournament services like GameBattles have used previously. Both the PS5 and Xbox have been locked in a non-stop war since they came out in November last year.

The PS5 has largely dominated headlines since it launched. But the Xbox has gained huge popularity due to the brilliant value of Game Pass – a monthly subscription to a library of more than 100 titles.