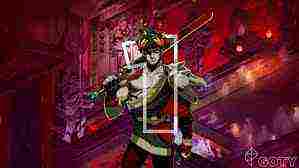 Hades is one of the best games to hit the market in the last few years, and it may only get better with its arrival on the newest consoles.

Supergiant has promised that when the game does come to the Xbox and PlayStation, it won’t simply be a port of the version already out there. Because of the tweaks the company is making, gamers shouldn’t sleep on its console arrival, even with it being available on other platforms. Though Hades is not getting a full revamp where the developers change and add some things, it is bringing some new features and a better look when it launches on Xbox and PlayStation next month.

Since its launch into Early Access and then eventually a full release, Supergiant Games’ Hades has been incredibly popular. Last year the title won a ton of different “Game of the Year” designations, and even when Hades didn’t take home the top prize, it was on most critics’ list as one of their favorites. The Roguelike adventure achieved that popularity despite not being available on either Xbox or PlayStation. For now, in order to play it, users have to have it on their PC or the Nintendo Switch. That will change this fall when Hades finally comes to the newest consoles, however.

Hades On The PS5 Will Bring A Great Look And Feel
Hades-Game-Fan-Audiobook-Featured-The-Iliad-Greek-Mythology-Switch-PC
Of the two consoles, there’s arguably more to offer for Hades in terms of gameplay on the PS4 and PS5. The first upgrade is a visual one, which should really come as no surprise considering the ability for the PS5 to soup up graphics. Supergiant has said that the game will run at 1080p and will target 60FPS out of the gate. On the PlayStation 5, games can expect to see a more lush and beautiful Hades at 4K. Considering that the artwork in this game is already quite pretty, a 4K experience while also targeting 60FPS should make Hades worthy of another look.

The Gods In Hades Cooperate With DualSense
PS5 DualSense Controller Colors
Later in the game, Supergiant has promised that other features in Hades will be tipped off by the haptic feedback of the DualSense controller. When players are calling for help from the various gods, the controller will vibrate rather quickly in order to tell the holder that aid is on the way. Finally, there is even a visual scheme planned with the PS5 controller. The main light on the controller will display a color that matches the color of whatever god the player is interacting with at the time.

The graphics aren’t the only way Hades is expected to take advantage of what the PS4 and PS5 have to offer, though. Supergiant also said the game is going to take advantage of the haptic feedback in the DualSense controller. The DualSense has so much to offer that even Microsoft’s Phil Spencer recently came close to admitting he was a bit jealous. For that reason, more and more games have been looking for unique ways to take advantage. For Hades’ part, these cool little additions include the unique feel when a player goes to pet Cerberus’ head in between runs. There’s also apparently an ability to feel his breath if the player holds down the trigger.

The PS4 and PS5 versions are offering more than souped-up graphics and special lights or vibrations when it comes to the new features that come to Hades on the Sony consoles. For the trophy hunters out there, the game also has more than 50 different unlocks, and it can of course be platinumed. There’s also the fact that the physical versions of the game come with a digital download of Hades’ original soundtrack, letting gamers enjoy the game’s music whenever they want to. Finally, those who buy the PS4 version of the game can upgrade to the PS5 version for free.

Hades Is Bringing Something Special To Xbox As Well

The PS5 isn’t the only console that is offering some much improved graphical fidelity, though it is not really a surprise that the Xbox is offering those same kinds of improvements as well. How. In fact, the Xbox Series X is going to show off the game in 4K, but Hades can also reach up to 120 frames per second. This isn’t necessarily a game that absolutely needs those kinds of visual improvements, as Supergiant managed to find a way to make this game look very, very good, even on the Nintendo Switch. However, there’s also an argument to be made that these kinds of improvements are going to make the game look even better. Based on what has been said thus far, it appears that it might look even better on the Xbox Series X than it does on the PS5. Unfortunately, the Xbox Series X doesn’t have the same kind of interactivity with its controllers that the PS5 does. It’s that interactivity that has likely made Phil Spencer talk about the DualSense controller the way he did recently, as he probably knows that it gives Sony a leg up there when comparing the two consoles. However, the Xbox has a different kind of leg up. Not only shouldn’t its users sleep on Hades, but they won’t have to as long as they are subscribers to GamePass. Hades will launch on Microsoft’s subscription service the same day that it arrives on both the Xbox and PlayStation consoles.

Hades Makes Game Pass Users The Big Winners Again
xbox game pass
Hades is far from the first popular multi-platform game to find itself on GamePass this year. Earlier this spring, Microsoft scored some pretty big coups by landing Outriders and then MLB The Show 21. Of the two, MLB The Show 21 was the bigger get simply because the series has long been a Sony first-party exclusive. Certainly, Hades being on GamePass isn’t the same kind of blow to Sony as taking its long-running baseball series, but it’s still a feather in Microsoft’s cap. Hades was one of the most popular games of 2020, so being able to offer it for no additional charge should win the service some extra brownie points. It is also yet another reason that Xbox users that have been sleeping on the game should give it a go.