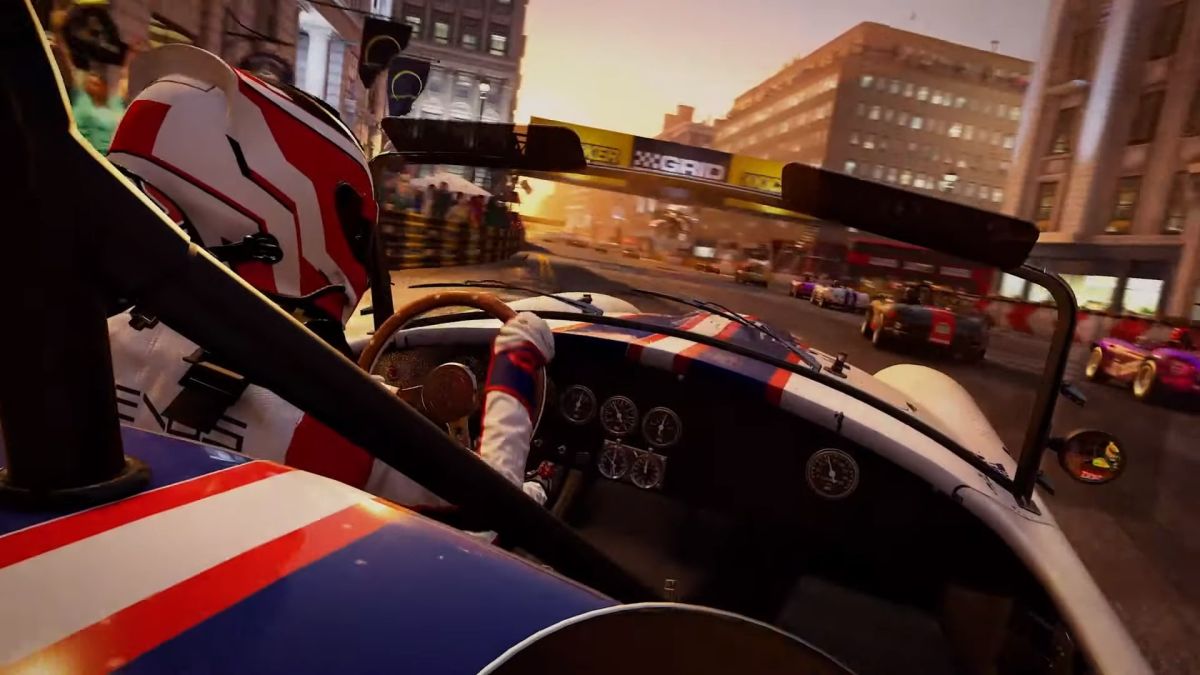 EA and Codemasters announced the ambitious sequel during today’s EA Play Live stream, with the above launch trailer previewing a fairly dramatic-looking story mode and plenty of intense, tire-shredding racing.

EA describes the story in Grid Legends as a “classic underdog tale,” pitting you against the ever-dominant Ravenwest Motorsport team and entangling you in politics from within your own team. The “blockbuster” story mode is brought to life by an eclectic cast that includes Ncuti Gatwa, who you’ll recognize for his starring role as Eric Effiong in the Netflix original series Sex Education.

Of course, if you just want to burn some rubber without navigating internal politics and complex personalities, you can always head to Dirt Legend’s new race creator mode that lets you design your own personal dream race combining all sorts of different vehicles.

Speaking of which, Grid Legends brings more than 100 customizable vehicles including big rigs, stadium trucks, drift cars, open-wheelers, muscle cars, electric cars, and hyper cars like the lightning-quick Aston Martin Valkyrie. And yes, you can make races happen with any combination of vehicles, as dangerous as that is to imagine.

There are over 130 tracks on the way in Grid Legends, including real-life routes such as Brands Hatch and Indianapolis, as well as classic Grid city circuits like San Francisco and Paris. EA showed off two brand new tracks as well: a beautiful London circuit with fireworks bursting in the sky, and a frosty Moscow course.

“Grid Legends combines everything our players love and adds more exhilarating race features, including our new epic story mode,” director Chris Smith said. “We’re giving players more variety and choice, whether that’s creating their ultimate races using our race creator or bringing back the community-requested Drift mode. This is just the start of the journey, and we can’t wait to reveal more in the coming months.”

If you’re in awe of the photorealistic visuals and true-to-life animations in the Grid Legends launch trailer, Codemasters senior game designer Becky Crossdale attributes that to extended-reality tech, which has been used in Disney Plus’ The Mandalorian.

While we wait for Grid Legends, these are the best racing games out there now.