A good controller is critical to a gamer’s success. The Xbox Series X has one of the best controllers in the business. Yet despite its greatness, there are a few pro-style features that gamers particularly enjoy, such as programmable paddles on the back of the controller. There’s also the question of price. Gamers on a budget might want a pro-style controller, but not at a huge expense.

Designed for the Xbox Series X

The most notable are the four programmable paddle buttons underneath the controller. Each of these buttons can be programmed to mimic any of the controllers face buttons. For example, in games like Fortnite and Call of Duty Black Ops Cold War, pressing left on the D-Pad will target whatever you’re looking at, whether that be a location, enemy or item. This is a critical way of communicating in these games, but sometimes moving your thumb to the D-Pad, even for a moment, could be a deadly mistake. In this case, I’ve programmed one of the back paddles to mimic left on the D-Pad, so instead of moving my thumb, I just tap the rear paddle with my middle finger.

Admittedly, I don’t find having all four paddles on the back very comfortable, so I just remove the bottom two. Removing them is quick and easy, and does zero damage to the controller. Another notable feature is the trigger locks. These switches at the back of your controller offer three levels of lock for either trigger, allowing you to customize just how much you need to squeeze those triggers to activate. The tighter the lock, the faster you’ll fire if you press the trigger. We’re talking milliseconds here, but faster is better when you’re trying to survive. 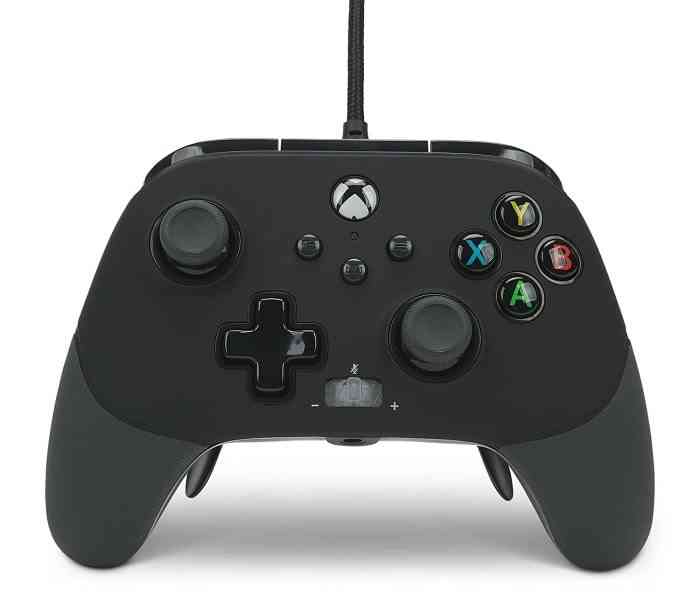 Ultimately, these are designed for preference and comfort, so use whichever combination of thumbstick that floats your boat. The package also includes an alternative white faceplate, so if you’d prefer your controller to be white, at least the front half of it, then that’s an option. I wonder if additional faceplates will be made available in the future – hopefully, this is something PowerA will consider at some point.

Going back to my Fusion Pro review, beyond the lack of Xbox Series X support, I had two additional issues. The first issue was the controller finish, which was terrible at attracting fingerprints, and the second issue was the cord length. The good news is that they appear to have adjusted the matte finish on the Fusion Pro 2, as it doesn’t seem to attracts smudges or fingerprints like it’s predecessor. The bad news is that the cord is still an inadequate 10 feet (3 meters). For me, due to my relatively wide games room, this controller won’t be replacing my wireless Xbox Series X controller. If the distance between your Xbox Series X and where you sit is less than 10 feet, this wired controller might work fine for you.

I wanted to save the best new feature for last because honestly, this new addition that PowerA added to their Fusion Pro 2 is genius! Between the D-Pad and the right thumbstick is a headset volume/chat mute dial. While some headsets have independent volume dials, there is still a limit to how loud the headset volume will go. There are also some headsets that don’t have volume controls and you’ll need to adjust the volume in the Xbox settings. This volume dial solves this problem. Flicking it left or right will increase or decrease the headset audio. Pushing the dial will turn the dial red and mute your microphone. For gamers who use headsets, such as myself, this is an incredibly useful feature. 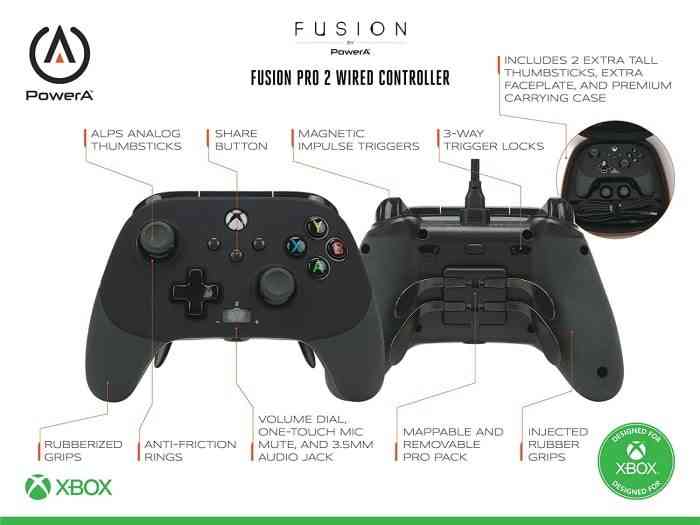 The PowerA Fusion Pro 2 Wired Controller is priced $10 more than the original Fusion Pro model, and considering the improvements, that makes it quite an awesome value. The Fusion Pro 2 controller brings a wealth of must-have pro-style additions such as programmable paddles, trigger locks, and replaceable thumbsticks. Features such as the share button and the volume dial definitely help the Fusion Pro 2 stand out from alternatives on the market. The controller is wired, which means you won’t need to replace batteries and it should cut down on input lag, however with only a 10-foot length cord, you’ll need to make sure your gaming setup is designed to accommodate that size of cord. The controller feels great to hold and provides an experience that closely resembles that of the standard Xbox Series X controller. If you’re in the market for a replacement controller, or just want a controller with pro-style features, then I wholeheartedly recommend the PowerA Fusion Pro 2 Wired Controller.