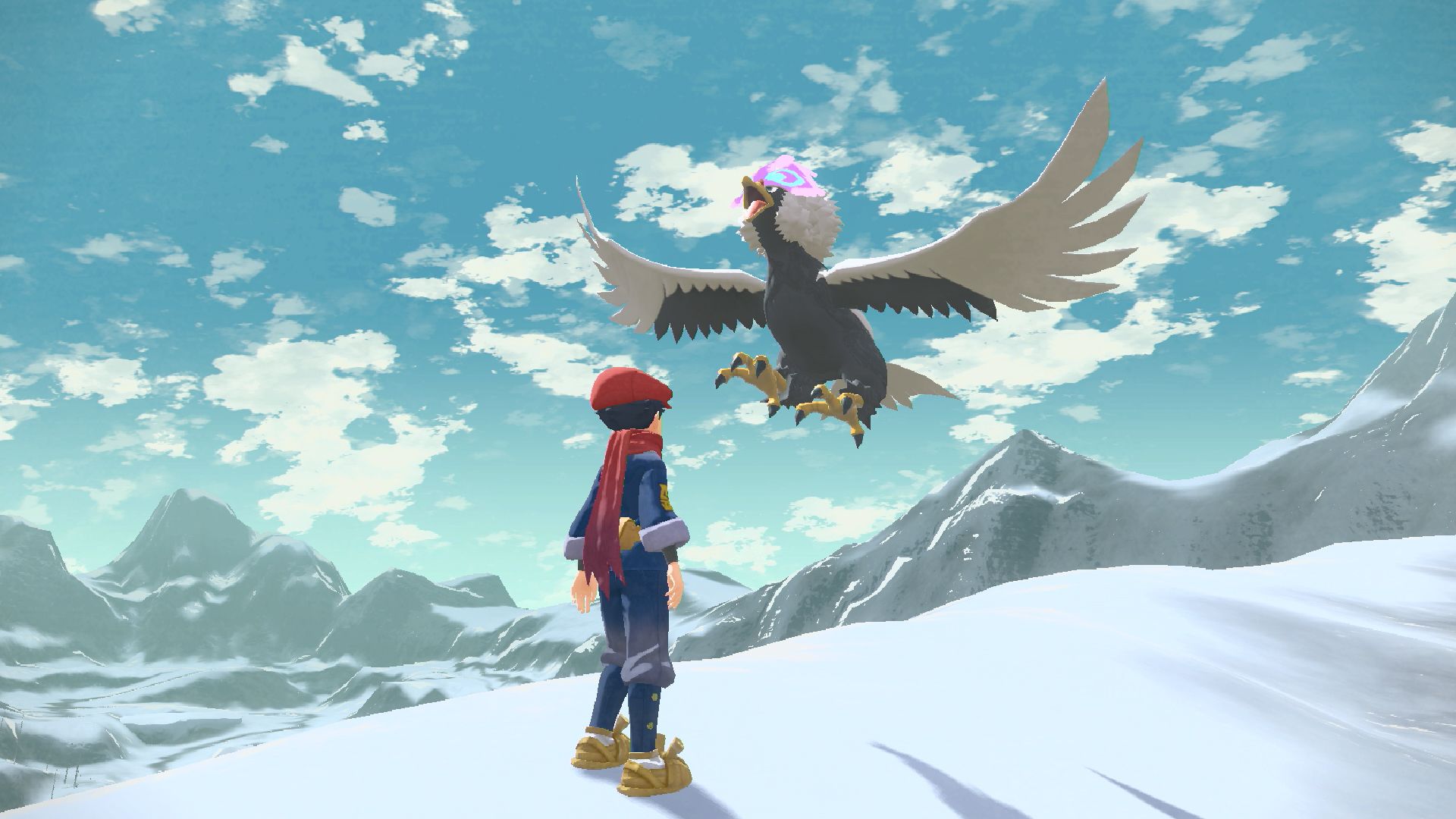 A refreshing twist on Pokémon as a series seems imminent with Nintendo and Game Freak releasing new information on Pokémon Legends: Arceus, showcasing its setting, gameplay, and new Pokémon to catch in a colourful trailer unveiled during the latest Pokémon Presents presentation. Check it out below!

As seen in the trailer above, players will take on the role of a novice Trainer, known as Akari or Rei, within the Galaxy Expedition team—an organisation tasked with charting and creating the first Pokédex within the Hisui region before Pokémon and people were friends. The Hisui region itself is the ancient name of the Sinnoh region in the modern Pokémon canon which acts as the setting of Pokémon Diamond & Pearl and its upcoming remake.

Trainers will choose their first ‘partner’ Pokémon—Rowlett, Cyndaquil, or Oshawott—and set out from Jubilife Village, the central hub within Pokémon Legends: Arceus. Alongside their chosen Pokémon, players will survey and explore different regions of the Hisui region in an open-world adventure, gaining access to different biomes and the Pokémon they hold with every successful expedition.

But what is a new entry in the Pokémon franchise without new Pokémon? Pokémon Legends: Arceus looks to deliver on that front, revealing two new Pokémon and new region-specific variants, a conceit popularised in recent releases in the Pokémon series such as Sun & Moon and Sword & Shield. Check out a small gallery below, showcasing some of the new Pokémon that players will find exclusively within Pokémon Legends: Arceus, including a Growlithe with just all the fluff!

Oh, and can we talk about the first one below, the Basculegion? Because it’s official description is… something:

Basculin in the Hisui region evolve into Basculegion when they are possessed by the souls of other Basculin from their school that could not withstand the harsh journey upstream. Their propulsive power is bolstered by the souls possessing them, letting them swim without tiring.

The series hallmark of turn-based battling will feature in Pokémon Legends: Arceus with a few key changes. Players will be able to see the turn order of battle, where they will be able to take advantage of two new battle modes: Agile Style and Strong Style. Agile Style lowers the power of any move a Pokémon does, but their turn comes sooner. Meanwhile, Strong Style does the exact opposite, increasing power and taking longer to execute. Success in battles within Pokémon Legends: Arceus seems based on finding a harmony between these two styles. This new twist will likely prove to be an interesting time in theorycrafting for the battle-savvy veterans of the franchise.

Battle is only one avenue within Pokémon Legends: Arceus, where players will have the opportunity to traverse their open-world environment with the help of their Pokémon, soaring and swimming in full 3D-rendered glory. Upon their travels, players will make use of base camps scattered throughout the Hisui region where they can replenish their Pokémon’s health and create new items from resources gathered on their travels such as the classic Poké Ball.

Stay tuned to RPGFan for all news RPG!