ON THE SAME PAGE: What kind of game can you find at the Manistee County… 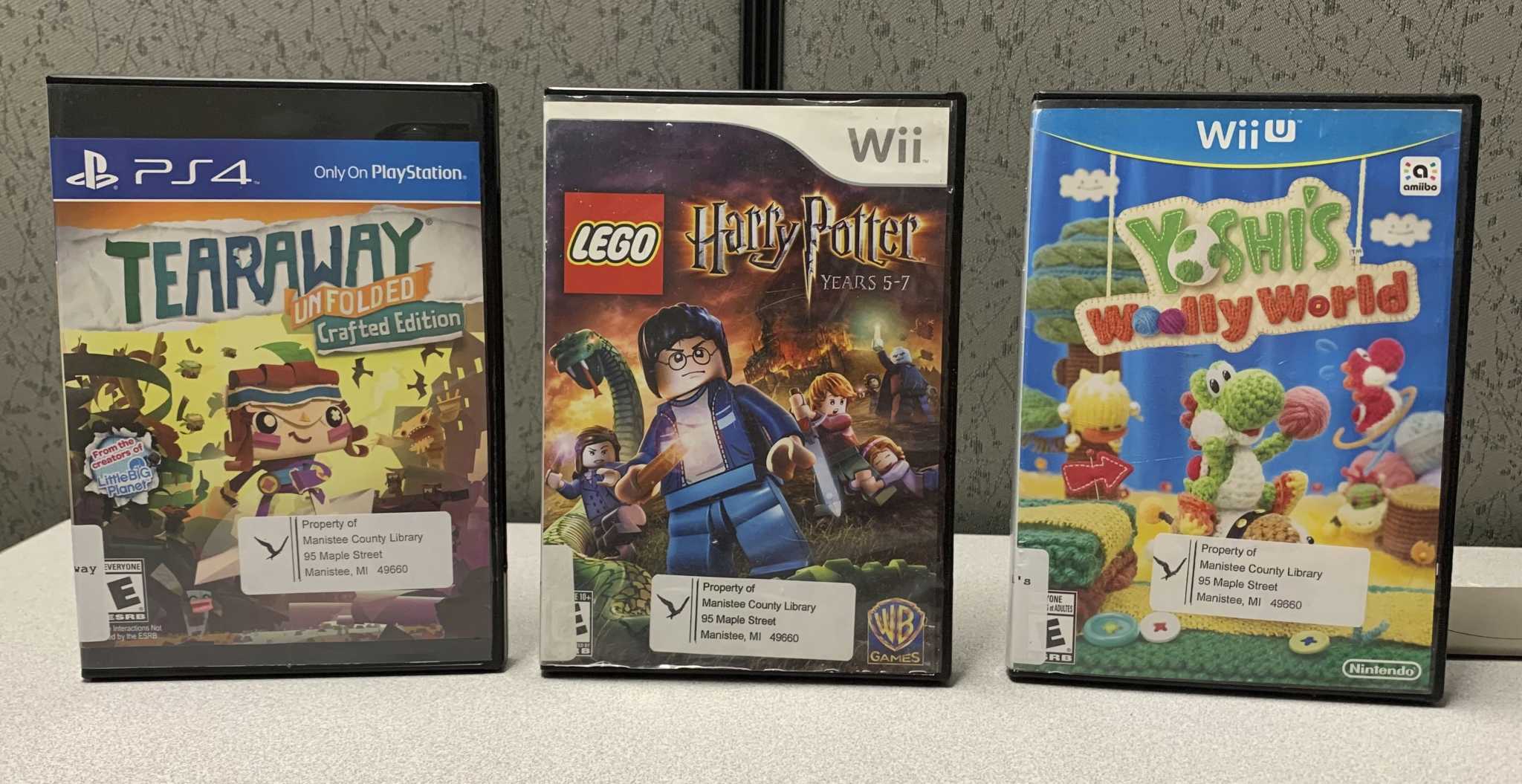 The first video game debut was in 1940 at the New York World’s Fair. Atari was the first game console for home use. A favorite hobby amongst young adults and children, more and more adults are joining in the fun. Gaming marathons and conventions are held worldwide with competitions, costumes through cosplay and gaming merchandise.

Manistee County Library carries a variety of games for XBox, XBox One, Nintendo Wii and Playstation 3 and 4.

National Video Game Day will be held Thursday, July 8, 2021. One can start their own marathon or work on your skills.

• Sports enthusiasts may enjoy their own NFL franchise in “Madden NFL 20” (XBox One).

• If you’d rather, compete as a player, be the coach or create your own team. Players can connect with each other online or play on their own. “NHL 12” (XBox 360) allows players to create a player and show off hockey skills to win the Stanley Cup.

• Bring the sports arena into the living room with “Mortal Kombat 11” (XBox One), a fantasy fight game with a roster of 37 playable characters. Choose your weapons to protect Earthrealm alongside your colleagues.

• In “Rocket League” the gamer plays soccer with a high speed vehicle. Matches last about five minutes and can be played one on one or with up to four players.

• “Far Cry 5” (XBox One) is set in Montana, where a doomsday cult has taken over. Players control the good guys as they fight for control of the county.

• “Far Cry New Dawn” (PS 4) is a sequel to “Far Cry 5” and continues that storyline, seventeen years later, with players rebuilding their community.

• “Alien Isolation” (PS3) is for mature gamers. As Amanda, the player will face desperate people and an unpredictable alien to discover the truth about her mother.

• Also for mature gamers, “The Orange Box” is a collection of five games of “Half-Life 2” and “Team Fortress 2” where players fight against a mysterious villain.

• “Xenoblade Chronicles” (Wii U) will find gamers fighting for survival on an unknown planet with only one weapon to protect themselves.

• “Lumo” (PS4) allows the player to find adventure in over 400 rooms. There are six hidden mini-games and plenty of other things to discover.

• “Tearaway Unfolded” (PS4) uses the Dualshock 4 add-on to bring another dimension to game play. Use it to catch things hurled out of your TV to solve puzzles and help your friends.

• Just like the television show, participate in “The Amazing Race” (Wii). Play one-on-one or create two person teams to overcome challenges and win the ultimate race.

• Manistee County Library carries “Madagascar” (PS2) choosing a character from the movie, participates in a zoo break and tries to survive on the island of Madagascar.

• “Barbie: Horse Adventures” (PS2) where the player attends horse camp to train and compete with horses is another adventure.

• For Wii consoles, “Lego Harry Potter, Years 5-7” (Wii) allows the player to experience Hogwarts, use magic and encounter the Dark Lord. Using the Wii U, young gamers will have fun with Yoshi using yarn to create play spaces and find hidden areas in “Yoshi’s Woolly World” (Wii U).

• Looking for a new way to exercise? The “Just Dance” (PS3, PS4 and Wii) series of games provides the music and moves. The player just needs to follow the onscreen dancer.

• Discover old favorites that got you on the dance floor in the past. Video games promote eye-hand coordination, problem solving, social skills, creativity and might lead to a great career in games design, programming, audio engineering, animation or translating.

Titles can be reserved from our online catalog at manisteelibrary.org or by calling your local branch library. Delivery between branches occurs twice weekly. Put one of these, or your favorite video games on hold today so you can get your game on!

Kim Jankowiak and Becca Brown of the Manistee County Library write the recurring On the Same Page feature that showcases the library’s titles available surrounding a revolving topic. Jankowiak is a reference librarian and Brown is a circulation clerk for the library.