When we think of the word “Caster” we usually think of the people from the news. However, in the esports scene they serve as the voice and brains that analyze the game and hype the crowd up. It’s a different level of entertainment. Without them, games could get too boring to watch. So what does it take to be a caster?

Theo “Arctikuno” Rodriguez is a Filipino-American broadcast talent currently based in the Philippines. He first got his big break as a contracted talent with Garena Philippines in 2016, working with them all the way up until 2018.

After his time with Garena, he went on to work as a freelance talent, working actively across Asia in countries such as China, Japan, Thailand, and so forth. He’s also worked and collaborated with the Lenovo Legion brand on numerous occasions for different esports-related activities over the past few years.

While he initially began purely as a caster for League of Legends, his years of freelancing has led to numerous opportunities pursuing other games in direct collaboration with some of the top gaming companies and their productions.

Recently, he has begun to embark on other endeavors outside of esports while continuing to train promising talent under his wing in preparation for work in the industry. He now joins the fray as a mentor for the Legion Academy Casters, ever eager to help develop local talent for work across Asia and beyond. 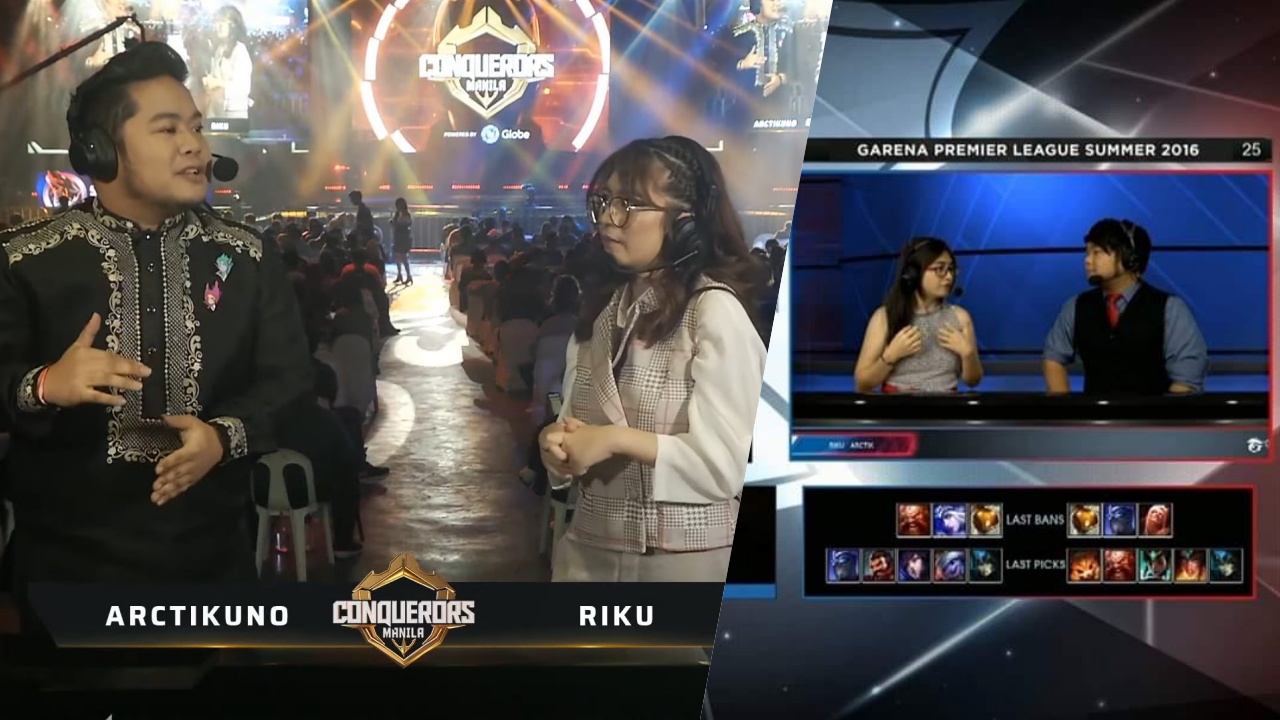 A caster has many qualities which are unique, but to have that profession, you must start from somewhere. We asked Edwin, “What qualities should an aspiring Caster have? In terms of skills, what’s a good foundation to have?”

“You have to have the passion and drive to be in this industry.”

It all starts with an interest, it may be playing the game or watching games from tournaments. Then, it turns to a passion, turns to a dream, then reality. Easier said than done, the process of becoming a caster is a long road ahead.

“The reality is, you’re not going to be making big bucks right off the bat when you’re starting. If anything, a lot of casters that eventually managed to build themselves up were those that just simply had a love for what they do, the community, and the very industry they dwell in.”

The hard work in casting

Earned, not given. The esports scene has often been overlooked, but it’s as legitimate a career path as any. Especially now. With the endless grind and long nights, it’s these moments that will help shape who you are as a caster. The process will be different for everyone, but it’s a path worth pursuing.

“With that, you’ve got to have the diligence to want to constantly challenge yourself to do better and improve. While nobody is perfect, we can at least aspire and strive to be as close to it as possible by always working on bettering ourselves as talents, whether it be in our craft or our character,” Edwin added.

Here are some do’s and dont’s from Edwin himself.

1. Always DO your homework!
2. Please DO stay humble.
3. Strive to be the best version of yourself. Once you DO, surpass it again.

DON’Ts:
1. Don’t give up! Never ever feel discouraged in the process of pursuing your craft.
2.  Don’t take the lessons you learn and opportunities you grab for granted.
3. Don’t disregard your health in the midst of the grind. 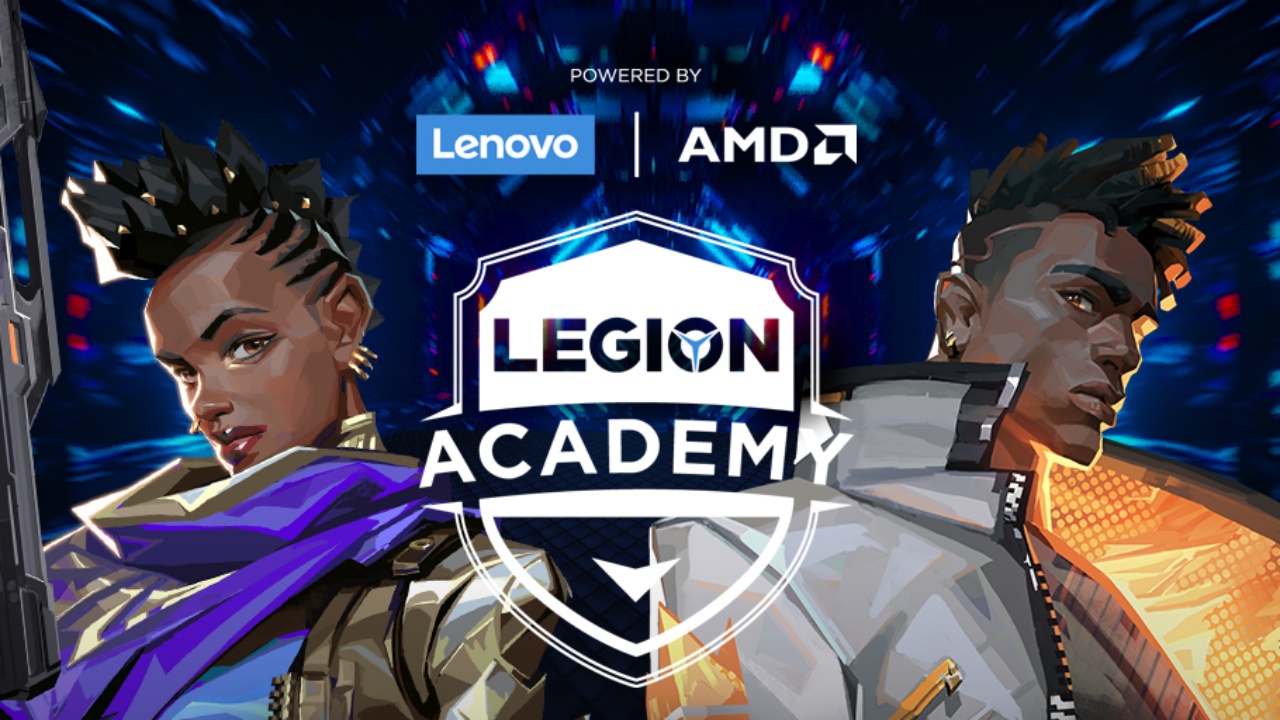 Lenovo and AMD recently wrapped up their Legion Academy Program. It was a contest to earn spots as casters for Legion’s upcoming tournaments. The winners are as follows: 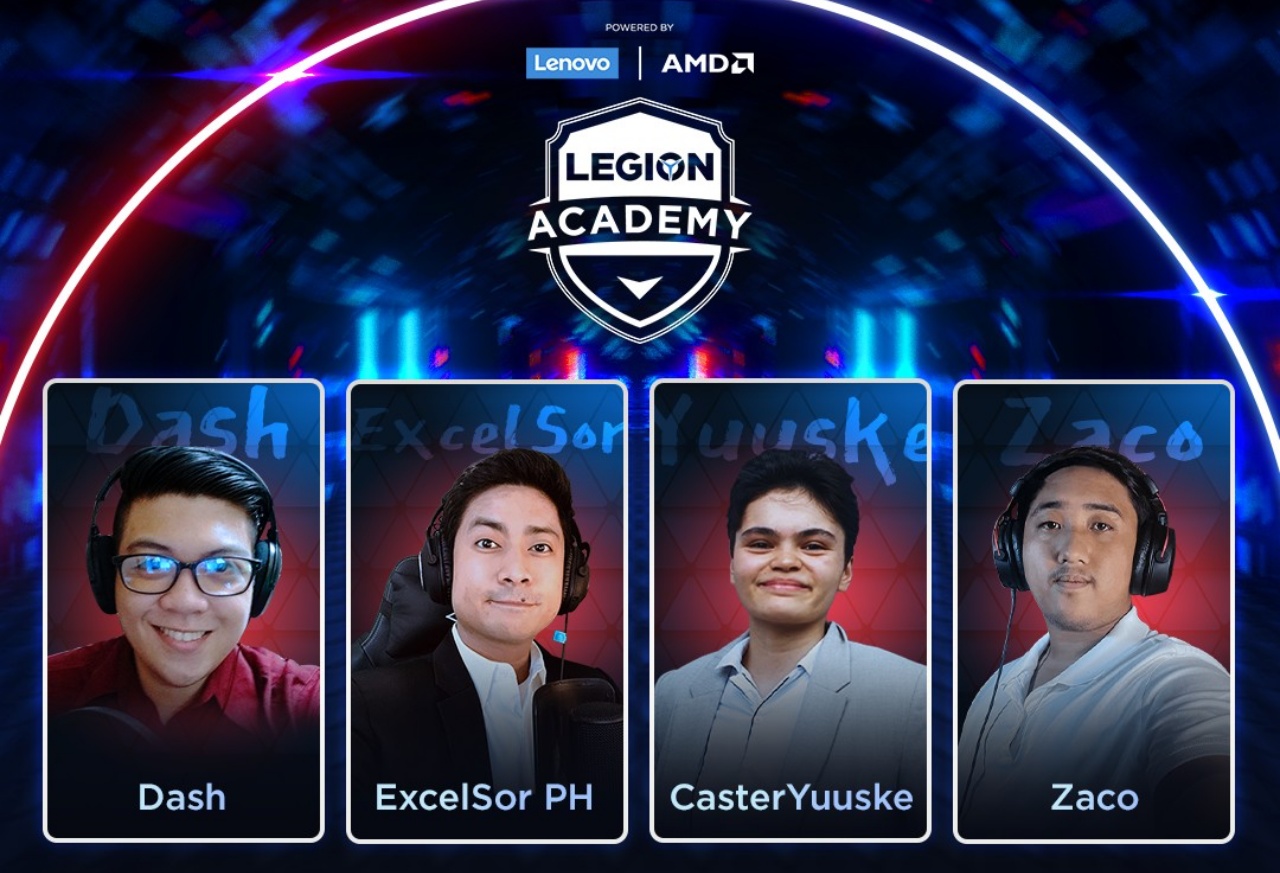 The four shared their biggest and most important learnings from the Legion Academy Program experience.

Yuuske says it’s “always ground yourself as a caster.”

“Clearly, there are various other casters with their own style but you must not forget the importance of highlighting your personality,” added the Final winner.

Meanwhile, Excelsor listed everything he learned:

Meanwhile, Zaco realized that “you really have to put yourself out there with no fear and just stick your head out the car window, because you will never know unless you look.”

Dash, for his part, highlighted the importance of building your portfolio.

“Creating a portfolio is one of the key things on how you’ll get casting gigs and learning the ropes on how to create a presentable portfolio is gonna help me entice the clients on getting me as a caster for their events.”

Asked how they felt about winning, Excelsor said, “It feels like I’m reborn as a caster.” Meanwhile, Yuuske wants to pay things forward.

“It is my goal not only to better my craft but as well as inspire others on their journey in the esports world!”

To learn more about Legion Academy and other upcoming programs, visit legion.lenovo.com/academy

This feature is collaboration between GadgetMatch and Lenovo Legion Philippines