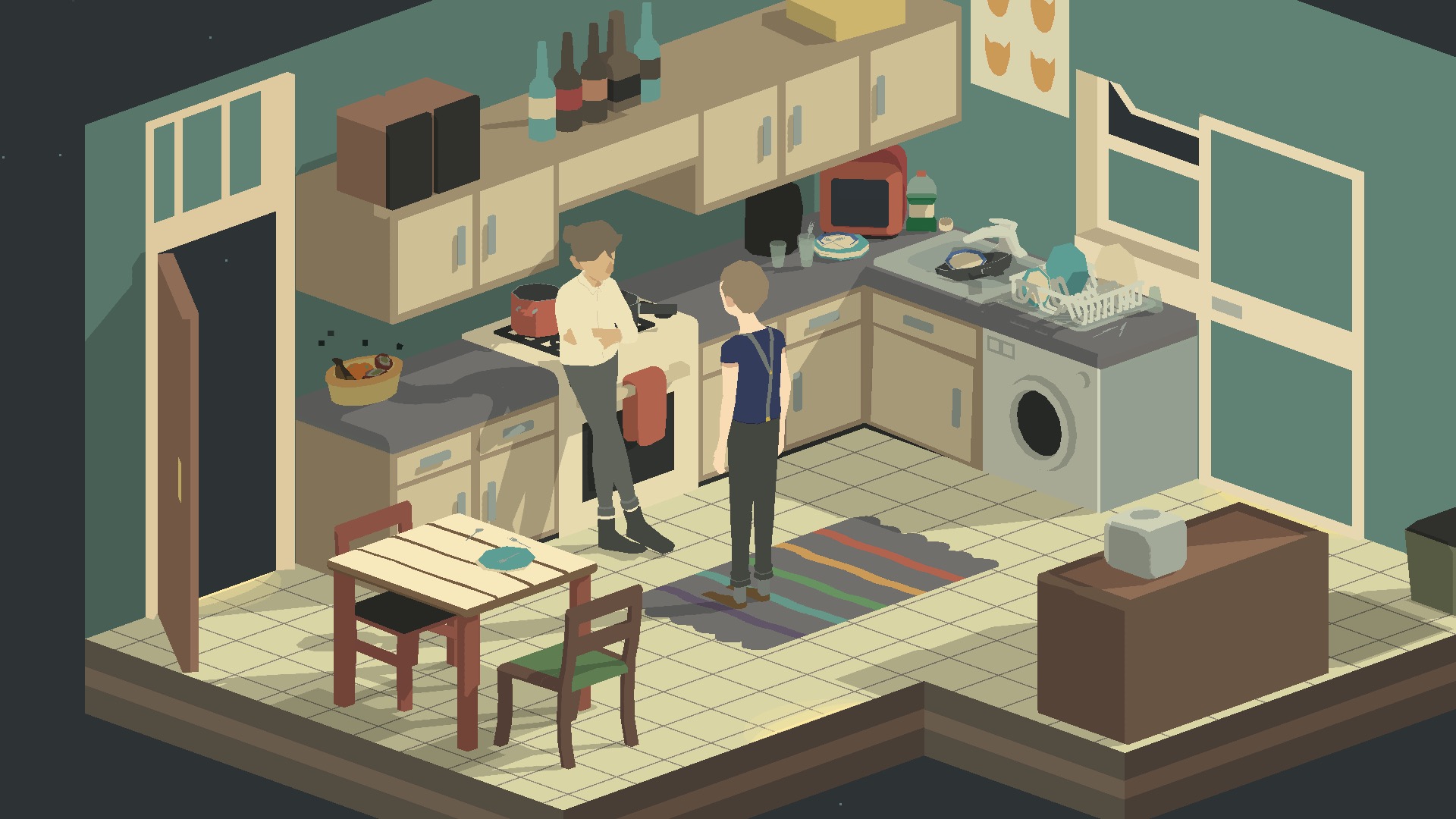 How do you say “Goodbye” when you don’t want to? That you have to leave, pack up your belongings, and “go home” due to circumstances out of your control, even though home is right here. Take that narrative and add in some magical elements and you have No Longer Home, a point-and-click slice-of-life game coming to Nintendo Switch in October. The announcement was made during today’s Indie Houses Direct showcase, and developer Humble Grove and indie Fellow Traveller released a trailer about this semi-autobiographical tale starring two non-binary protagonists.

How do you say goodbye to a place?

Bo and Ao are graduating university and preparing to leave the flat they’ve lived in together for a year. Thanks to visa limitations, Ao is forced to return to Japan, leaving Bo in England. Disillusioned by post-educational life and shoved aside by a government who doesn’t want them there, both are trying to come to terms with their uncertain futures. And deep under their South London flat, something grows…

As they pack their belongings in the home they’ve shared, they’ll unleash more than just memories.

Wander through an intimate flat and examine the everyday belongings of Bo and Ao. Have BBQs, play video games, and stay up late just talking in bed. Follow the day to day activities and conversations of two queer, non-binary students and their friends. Get to know Lu, the multi-eyed, animal-like new flatmate.

No Longer Home will be available in English, Japanese, and Simplified Chinese for $14.99 on the Nintendo Switch starting on Thursday, October 7th.