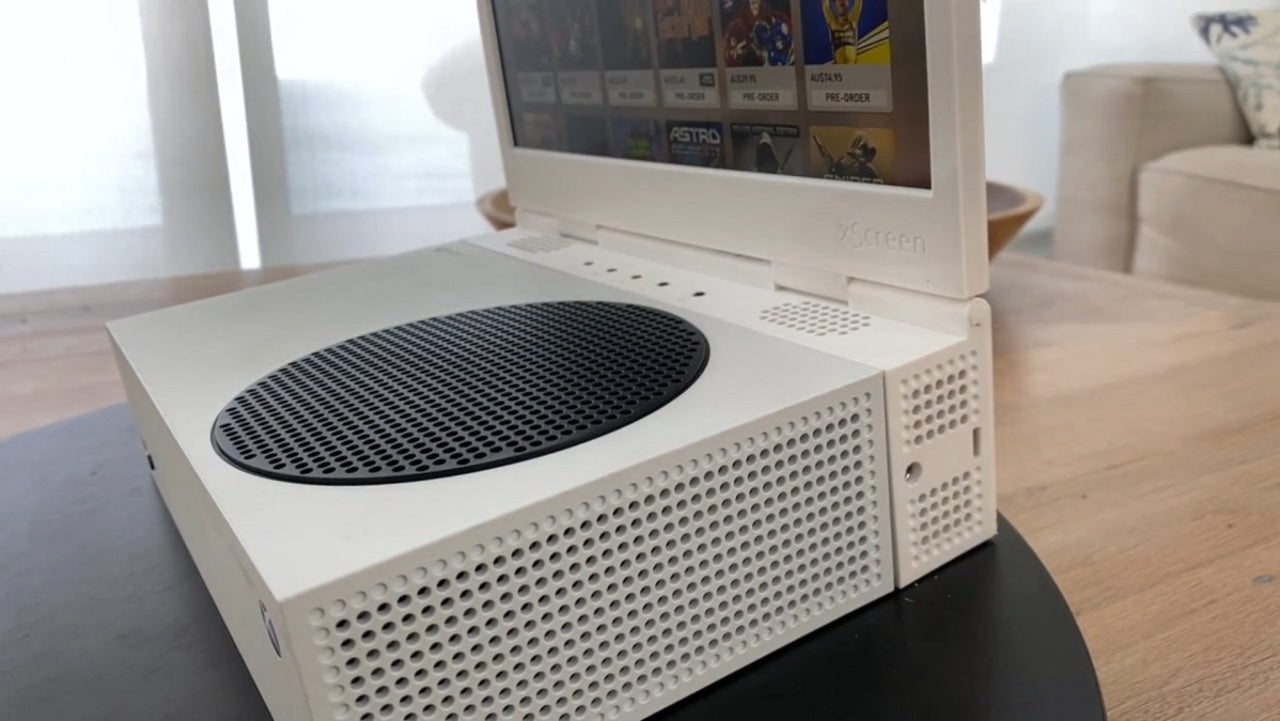 A start-up company called UPspec Gaming has created an Xbox Series S attachment meant to convert the console into a laptop-like device so that people can play games without needing a proper monitor or TV. The accessory-selling startup calls the device the “xScreen” and put it on Kickstarter in hopes of generating enough interest to fund the goal. Instead, the goal was exceeded with nearly three times the desired amount raised so far.

The xScreen attachment works firstly by appealing to the design of the Xbox Series X, the smaller, more portable console Xbox launched as part of its next-gen lineup. While not as powerful as the Xbox Series X, the Series S has been praised as a convenient alternative for those who might want a more affordable option or those who appreciate the flexibility of moving their console around.

Very limited allocations of earlybird discounts available. GET IN QUICK!🔥

Please retweet and follow us to support the campaign 🙏🙌👏

No matter how much you move the device, however, you still need a TV or monitor to play games on in most cases unless you’re using Microsoft’s cloud services. The xScreen looks to remedy that problem by giving players an all-in-one screen that attaches to the back of the console when laid flat and turns it into a laptop-like gaming setup.

“The power and performance of the Xbox Series S can now be taken anywhere,” the pitch for the xScreen attachment reads. “xScreen perfectly complements the stunning aesthetic of the Xbox Series S to create a single cohesive unit. xScreen transforms your Xbox Series S into a laptop form factor that can be easily transported and used anywhere there is a power outlet.”

Some of the highlights include the lack of any required console modifications and the fact that you don’t need an HDMI cable since the hookup is built into the screen itself. From the demo videos shown, it appears it connects pretty snugly to the Series S, too, to make it less obtrusive than it might’ve been otherwise.

The cheapest backing option to reserve yourself a screen will run supporters for $249 AUD which equates to roughly $186 USD. That’s nearly a 25% discount off of what the product will be priced at later, so if you’re interested, it’d be worth backing earlier rather than later. Kickstarter projects have a long history of not playing out exactly as backers might hope, however, so keep that in mind if you’re planning on making any investments.