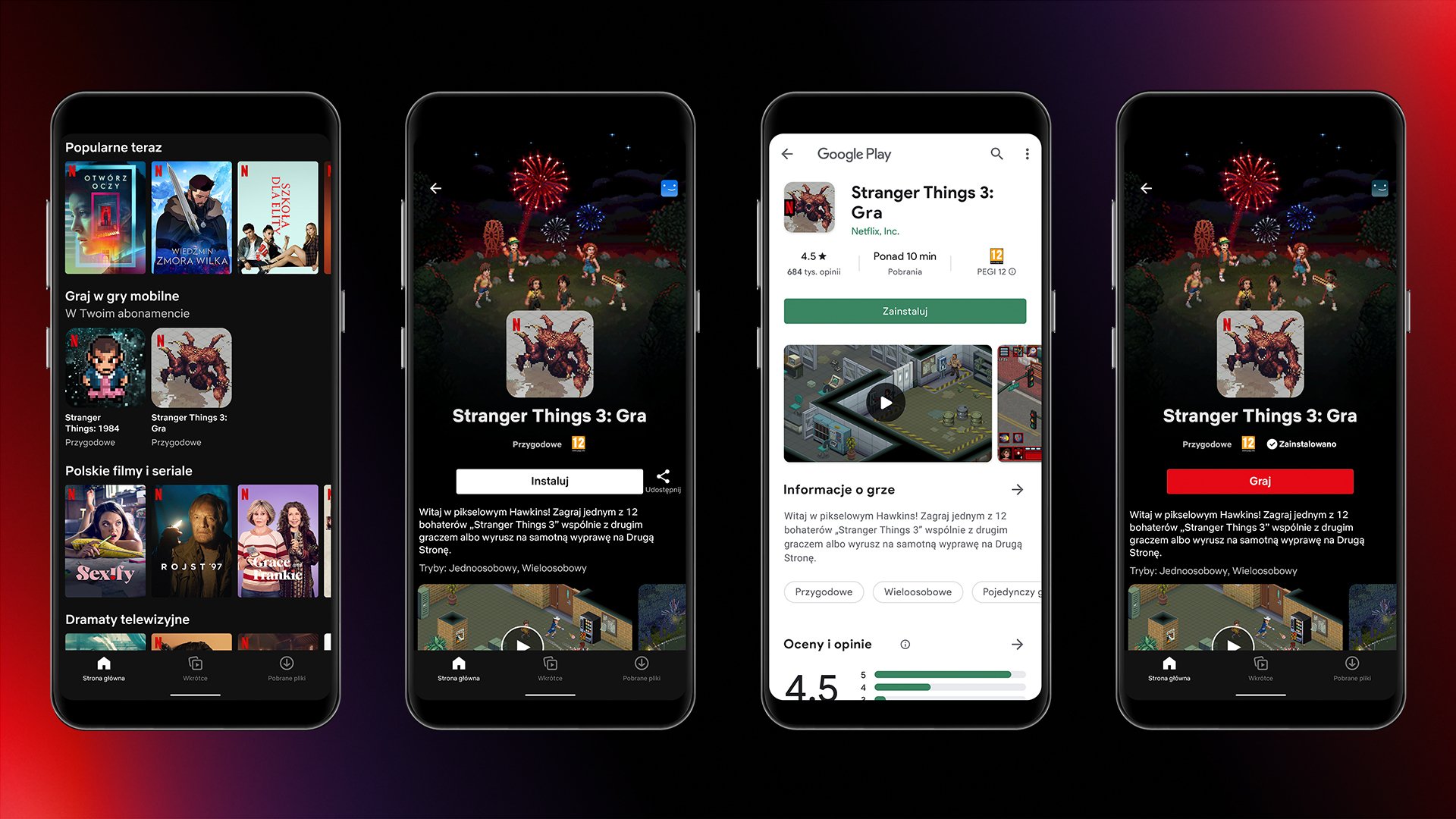 Netflix has launched its first foray into self-developed video games integrated into its mobile app.

Initially available in Poland on Android devices, the streaming giant has launched two titles based around its popular Stranger Things series. Rather than being streamed to the device, the games are downloaded on the Google Play store via the Netflix app and then accessed by logging into the user’s Netflix account.

The launch was announced by the company’s Polish Twitter account, which posted: “Today members in Poland can try Netflix mobile gaming on Android with two games, Stranger Things: 1984 and Stranger Things 3. It’s very, very early days and we’ve got a lot of work to do in the months ahead, but this is the first step.”

The company has promised that the games will feature no ads, no in-app purchases and games included with a Netflix account.

The launches come as a part of a push from Netflix into the gaming space, and follows the hire of former Facebook and EA executive Mike Verdu in July.