Monster Rancher fans will be delighted to know that the popular Pokémon-esque series is re-launching on mobile. The revived classics will have another chance to shine on iOS devices, PC, and on the Nintendo Switch, bringing back the retro monsters via Monster Rancher 1 & 2 DX.

Koei Tecmo’s monster-collecting bundles will feature Monster Rancher (1997) and Monster Rancher 2 (1999), launching on December 9th. Players will once again be able to raise monsters, train them, and send them off to battle with other monsters in exciting tournaments. While the original Monster Rancher games featured physical CDs that let players unlock monsters in the game, the remasters have now instead built a database for players to find “CDs” or specific IDs for monsters in order to generate them. 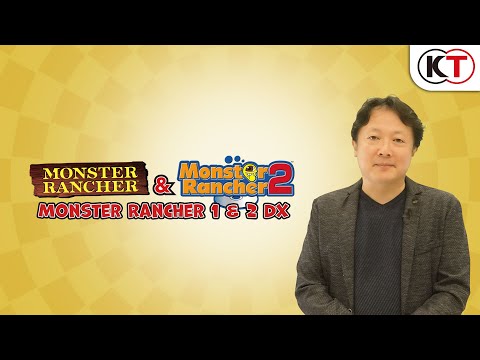 The re-release will also feature new content such as Freeze slots and Monster Hall of Fame slots, along with convenience features like a handy memo and a special mode that speeds up the gameplay. Players will also be able to see rankings for random battles.

You can discover more about the series from this special announcement video embedded above – it features a message from Fujita-san, Executive Producer of the Monster Rancher series, with more news about the celebration of the franchise’s 25th anniversary. The re-release will apparently let players from around the world play with fans from Japan as well, so you can enjoy battling with newfound friends no matter where you are. The video also mentions that they’re currently rebalancing the monsters, so expect to see some improved creatures – and some nerfed ones – in the re-release.

Are you on the hunt for more games that will have you battling monsters with other trainers? Or are you just looking for something similar to Pokémon GO? Check out these 5 iOS and Android games on our list!