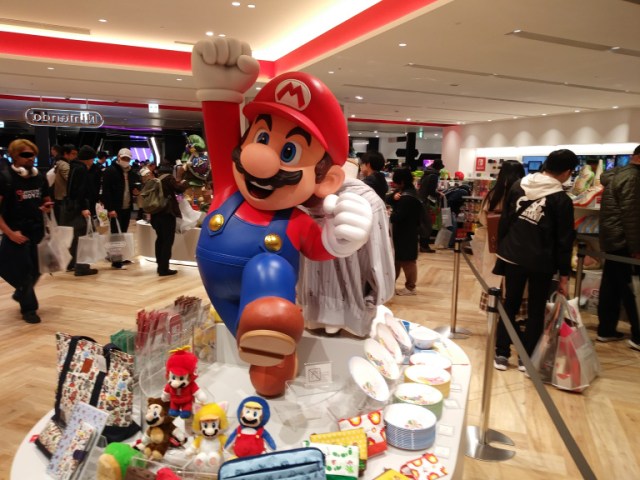 Mario is an absolute icon. He’s not just the face of Nintendo, but arguably video gaming as a whole. So it’s pretty startling to see that in a recent poll, he wasn’t even picked as fans’ favorite character from the Super Mario franchise.

Line Research, part of the media family that includes the popular Line messaging app, carried out a survey among Japanese respondents aged 10 to 59, asking them who their favorite Super Mario series-related character is. After receiving 5,252 responses, they compiled a list of the top 10, and while Mario is on it, he’s not at the top.

Let’s take a look at the final rankings.

We start off with a group whose members were never going to come out on top (sorry, Luigi, but considering the lengths some people will go to avoid playing as you, you didn’t really have a shot).

Boo might seem surprisingly high at number eight, but the poll being conducted in Japan may have helped the ghost out. The character’s name in Japanese versions of the Mario game is Teresa, a pun on tereru, the Japanese word for being demurely bashful, which probably scored it some extra cuteness points. Boo/Teresa was particularly popular among respondents in the 10-19 and 20-29 age brackets, and was ranked fourth in responses from those two groups.

The recent Bowser’s Fury update to Super Mario 3D World notwithstanding, the lighthearted tone of the Mario games makes it hard to really hate Bowser’s villainous ambitions, especially since his schemes are a constant excuse for new adventures and generally don’t cause any lasting damage. Bowser got the most support from participants aged 50-59, for whom he was their number three.

Peach also had more fans among mature gamers, ranking fourth for fans 40-49 and fifth for the 30-39 and 50-59 demographics, but was snubbed by respondents 29 and younger, who didn’t have the Mushroom Kingdom monarch in their top five.

As someone who’s often relegated to non-playable character status, Toad can be easy to overlook, but he’s the first character so far on the list to show up in the top five for all age groups (second for 10-19, 20-29, and 30-39, third for 40-49, and fourth for 50-59). Low-key though he may be, among the series’ regular good-guy characters, he’s got the most fantasy-inspired look, as Mario and Peach are basically normal humans wearing fashions that wouldn’t be too out of place in the real world.

OK, even if he wasn’t going to be at the top, we all knew the man himself was going to be on the list, right? Mario was easily the top pick among fans in their forties and fifties, and finished third among participants in their twenties and thirties. But Mario struggled to get votes from the kids, just barely squeaking in at number five for fans 10-19.

Yep, Yoshi, Mario’s ridable dinosaur pal, was the overall number-one pick, and by some pretty wide margins compared to the series’ titular star. In the 10-19 group, Yoshio had more than three times as many votes as Mario did, and the dino had more than double the plumber’s support from fans in their twenties and thirties.

It’s not like younger voters were stuffing the ballot box, either, as each age group had roughly the same number of respondents (10-19, the smallest, consisted of 1,032 people, while the largest group, 50-59, was made up of 1,039 people). Yoshi had plenty of supporters among participants in their 40s and 50s too, as each group had him as their number two.

So why didn’t Yoshi sweep all the age groups? It might have something to do with him not debuting until Super Mario World in 1990, and by that time Mario himself had already cemented his top-dog status in the hearts and minds of older fans who’d already played the three previous Super Mario Bros. games.

Of course, there’s also just the undeniable charming cuteness of Yoshi, who stays faithful and friendly no matter how many times you sacrifice him to save your own hide when you miscalculate a jump’s distance. So congratulations, Yoshi! We’re happy for you, even as we can’t help craving a Yoshi egg sandwich.

Source: Line via Livedoor News/All About
Photos ©SoraNews24
● Want to hear about SoraNews24’s latest articles as soon as they’re published? Follow us on Facebook and Twitter!