There once was a time when console generations were defined through the resolution by which the console could output at. One of the biggest selling points of the Xbox 360 and PS3 was the fact that these systems were capable of outputting games in HD. Similarly, the PS4 Pro and the Xbox One X focused their marketing heavily on their 4K capabilities. Yet, as consoles support higher and higher resolutions, we have seen developers focus less on offering games at such resolutions, instead using new rendering techniques to create what may be the start of the post-resolution gaming experience. 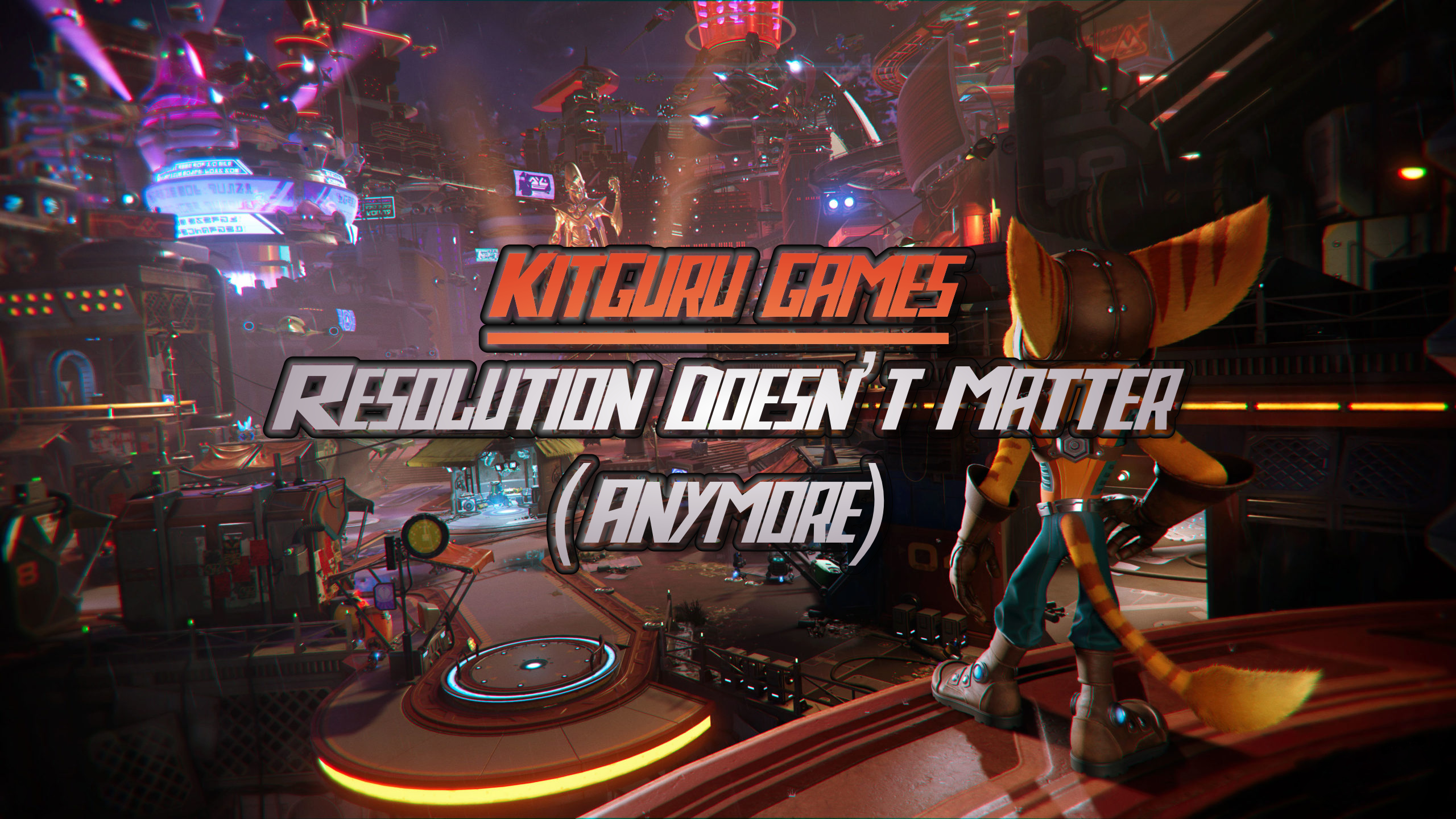 On the side of the PlayStation 5 console box, Sony has made sure to plaster a golden ‘8K’ logo, showing that while the PS4 maxed out at 1080p and the PS4 Pro pushed this to 4K, the company’s latest machine could output a resolution 4 times higher than that – and 16 times higher than the original PS4. Despite all this, one of the console’s premiere titles – Returnal – renders internally at just 1080p.

I played Returnal, and as a stickler for resolution, did I notice the lower resolution? No I did not. Playing on my 4K OLED LG C9 the game looked gorgeous, with colourful, interesting environments and a cinematic sheen thanks to the game’s use of visual effects. Another 1080p 60fps game – Ridge Racer 7 for the PS3 – in comparison appears jagged and much lower resolution, despite being less visually busy. How can this be?

For one, Ridge Racer 7 offers no anti-aliasing. Anyone reading this column will undoubtedly be familiar with the technique, which helps to eliminate jaggies that appear in objects. When the technique was first used for games, it offered a rather rudimentary implementation which often left the game looking softer. This meant that developers had to trade-off either a clear but jagged image, or a cleaner, but softer image.

Returnal is proof of just how far AA and image upscaling techniques have come. As reported by Digital Foundry, Returnal starts with an internal resolution of 1080p, which is then temporally injected to 1440p, “followed by a checkerboarding pass to deliver a 2160p output”. While it may start to feel like Inception with the levels of AA and reconstruction layered on top of each other, the proof is in the pudding, and Returnal’s pudding is a glorious one to look at.

Perhaps even more impressive than Housemarque’s Treatment of Returnal is Insomniac Games and their continuous push to go beyond the boundaries of resolution. Insomniac Games have always pushed the medium forward through the use of intelligent techniques helping to create games which have looked closer and closer to their reference mediums. Be it Ratchet & Clank pushing closer to Pixar-like graphics with each new entry in the series, or Marvel’s Spider-Man – the open world gameplay of which could easily be spliced between footage of the movies with little notable differences – Insomniac Games has proven that resolution is much less important than it once was.

This is no more so evident than with the studio’s two most recent titles. Marvel’s Spider-Man: Miles Morales launched alongside the PlayStation 5, offering two separate graphics modes. The Fidelity Mode offered a Native 4K image on PS5 with ray-tracing – though this could drop as low as 1512p during the game’s heaviest scenes. The Performance Mode meanwhile lowers the target resolution, with Dynamic Scaling bringing the average picture levels to 1440p – though at double the frame rate.

Here’s the kicker however: all of this matters very little during the end of the day. Thanks to Insomniac Games’ Temporal Injection techniques, both pictures look extremely similar on the resolution front with only the sharpest eyes looking up close to the screen while not moving the camera could notice such differences.

Similarly, this also applies to the PS4 Pro version of the game, which looks no less impressive when compared to the shiny PS5 version of the game – at least on the resolution front. While differences are noticeable between the two systems when it comes to textures, loading times, LODs and more, the resolution differences between these systems separated by an entire generation of hardware advancements is hardly noticeable.

Insomniac Games clearly took note of this too, as in a later update to Miles Morales, the studio offered a third graphics option: Performance RT Mode. This saw the resolution of the game dropped essentially to 1080p, however was able to maintain not only the shiny new ray-tracing effects, but render it all at 60fps. As with the other two modes, Insomniac’s temporal injection is doing the heavy lifting with this mode, making all three images – from a 1080p image to a native 4K one – look surprisingly similar. Add the doubling of the frame rate on top of all this, and when combined with this doubled motion resolution, to many eyes the Performance RT mode is the best looking one.

A console has a limited amount of graphical bandwidth with which it can use every single frame. Offering higher resolutions can eat significantly into this bandwidth, meaning that sacrifices must be made on other fronts, be it frame rate; foliage density; background processes and more. Using modern software solutions to upscale images to visually appear much higher resolution than they are natively rendering at allows for more bandwidth to be freed up for these other processes. This is how Insomniac Games is able to offer a stunning open world game with great density, far rendering distances and essentially no loading times all at 60fps with ray-tracing on a £360 machine.

Insomniac Games’ latest release, Ratchet & Clank: Rift Apart, has only proven that the studio is in many ways leading the pack when it comes to going beyond the need for resolution as an appropriate metric of visual quality.

Due to the limitations of real time rendering, the push for CG-like graphics in gaming has always seemed like an impossible task. With each new advancement in real time rendering, studios such as Pixar have pushed the goalpost for what is deemed to be ‘CGI quality’ further and further away. Thanks to the hardware bump of the PS5 and the aforementioned post-processing, anti-aliasing and resolution upscaling techniques, Insomniac Games has managed to create a game which could stand side-by-side with Disney’s greatest, all the while running internally at 1080p and in real time.

All of this is to say that games are looking better than ever, even if resolutions are getting lower. Thanks to the freed up resources afforded to systems due to their running at a lower resolution, developers can focus on improving the game’s visuals in ways which previously was not possible as a result of not having the processing bandwidth available. When I say resolution doesn’t matter anymore, I mean it. That being said, with so much of the industry’s forward momentum being carried by notions such as resolutions and HD and 1080p vs 900p or 1620p vs 1800p, the technical and concrete specifications of a game can be hard to ignore.

I myself have historically sacrificed frame rate for resolution, even if the results were hardly noticeable to me. This is due to my own internal knowledge – when given the option – that one mode ‘technically’ is a higher resolution. As more time goes on however, and as upscaling techniques get better and better, my own internal hard-wiring as a long-time fan of this industry has led to me having worse-off gaming experiences due to pure stubbornness and my unwillingness to accept the future – but this is getting harder to justify. Resolution truly does not matter anymore.

KitGuru says: What do you think? Does resolution matter anymore? Have we gone beyond resolution? Let us know down below.