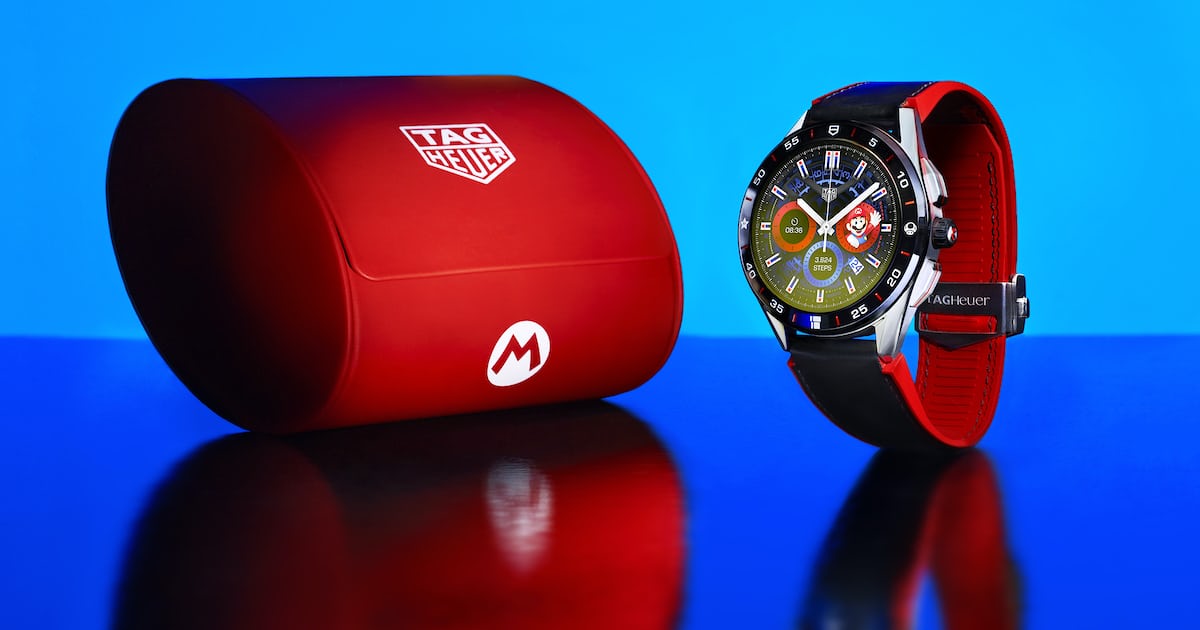 I had a moment to speak with Frédéric Arnault, the CEO of TAG Heuer and heir to the LVMH empire, about the watch. When I asked if he played Mario growing up he replied with an enthusiastic “of course!” We touched on the features of the watch and the larger partnership between Nintendo and TAG Heuer, but once we breezed through the specs, it turned into a nostalgia-fueled conversation about playing Mario video games as a kid. Growing up, if I wasn’t outside with my hands on the handlebars of a BMX bike, I was inside gripping a controller with Super Mario Kart (remember the “jumping” trick on the rainbow track?) or Super Mario 64 on the screen. And what I learned is that the heir to one of the largest fortunes on earth did the exact same thing.