The sequel to one of the most groundbreaking games not just for the PS4 but for gaming in general will be officially arriving next year. Horizon Forbidden West, the sequel to Horizon Zero Dawn will be released next year on 18th February 2022 for PS4 and PS5.

While the game officially launches next year, ardent gamers can preorder the game next month on 2nd September 2021 for the PS4 and PS5 though details are as yet unavailable as to the nature, pricing or what comes with the preorder. 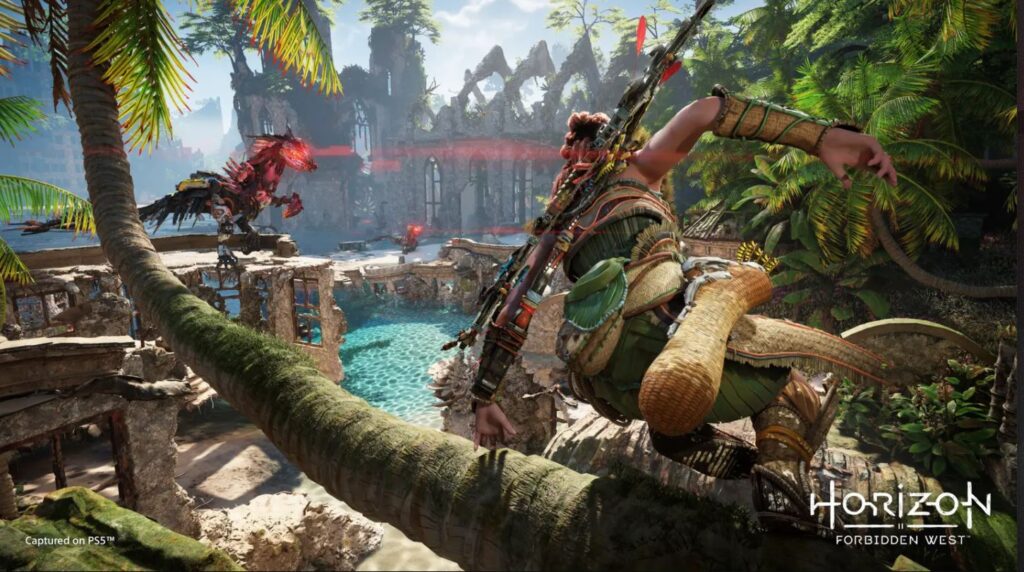 In a blogpost by Mathijs de Jonge, Game Director at Guerilla Games, Horizon Forbidden West said,”While the decision to move the game’s launch to 2022 certainly wasn’t easy, we’d like to take a moment to thank all of our fans for their unwavering support; we know how much you’ve been looking forward to reuniting with Aloy and her friends, continuing her story, and exploring a new and more dangerous world. Your passion, fan art, cosplay, virtual photography, and videos have meant the world to all of us.”

In the meantime, existing owners of Horizon Zero Dawn can rejoice as the PS5 version gets an enhanced performance patch that’s available for download now for free that bumps up the frame rate to a steady 60FPS. For the original blogpost, check it out here.

You can also check out a 19-minute gameplay video that shows a slice of gameplay from Horizon Forbidden West below with Aloy demonstrating the new mechanics of the game including gliding, new enemies and more..