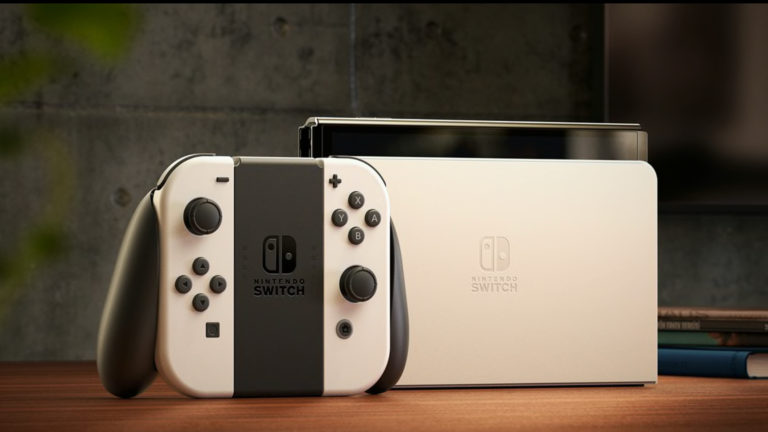 At first glance, the Nintendo Switch OLED model is nothing special.

While it’s a little bit bigger than the previous model and a little slimmer, you might struggle to find anything different between it and the original version of the Switch that launched in 2017—but looks can be deceiving. It’s only when you turn on the device and actually play that you start to see where the major differences lie between the two models.

During a recent event held by Nintendo in London, Dot Esports took a brief look at the new system ahead of its Oct. 8 release to see just how it compares to previous Switch models, comparing older evergreen titles and trying out the different features the OLED model has to offer.

First off, the screen is very bright. Putting the device up to max settings nearly blinded our tester at first. But brightness isn’t the only thing you’ll notice when trying the new OLED model out. There is a sheer difference in picture quality between the original Switch and the OLED screen that cannot be stated. The game just feels more vibrant, with titles like Mario Kart 8 and Zelda: Breath of the Wild looking miles better in handheld mode.

After you’ve adjusted to the bright light the screen produces, you begin to notice just how larger the handheld screen actually is when you compare it to the original model. The picture is not only better, but that extra space allows you to enjoy the finer details of games that would usually only be noticeable in docked mode. For example, a game like Breath of the Wild looks 1,000 times better on handheld on the OLED screen over its original counterpart since you can see more in the distance than you ever could before, and in such great detail.

The OLED model has also seen drastic improvements to the Switch system with small tweaks as well. We were pleasantly surprised by the new kickstand, which is a lot sturdier than you might imagine. The ability to finally have the Switch stand in any direction means we can finally find comfort no matter where we are playing. There has also been a vast improvement in handheld audio.

But is the Switch OLED worth the investment for those that already own the base model of the Nintendo Switch?

The biggest positives for the new version lie solely in handheld mode. The bright screen and new looks all work wonders if you play in handheld most of the time, but those that mainly play their Switch in its dock really have no benefits for picking up the new system. There is no “Switch Pro” here like a lot of people were hoping for after all or any upgrades to the internal hardware.

For those who don’t own a Switch but want to get pulled into the Nintendo ecosystem, the OLED is worth getting over the original model for a small $50 increase but only if you plan to use it mostly in handheld. After all, you are just getting a better screen with enhanced audio and more internal storage alongside all the extra benefits in that mode.

But for those early adapters or those that bought a Switch recently, there’s no rush to upgrade here. There will be no exclusive OLED games, and future games will work across all systems (unlike those infamous New 3DS-only games). So choose the mode of Switch you want and know you’ll be able to have the same experiences across all models.