We’re not sure if you noticed, but there are LEDs on everything these days. If you’ve dabbled in the realm of PC gaming you’ll no doubt have noticed the proliferation of colourful lights on keyboards and mice, and that trend is carrying over to console accessories, too – including joypads which light up like the 4th of July during gameplay.

We can’t say it’s a fashion that really gets us all that excited, but then again, the person writing this is north of 40 and grumbles when he can’t find his slippers in the evening – so It could well be an age thing, we’re more than happy to admit. Still, it’s hard not be drawn in by PowerA’s latest Switch offering, the Spectra ‘Enhanced Wired Controller’. Equipped with colour-changing LEDs which can display eight different shades, it’s like something out of the movie Tron. You can select a single colour or have the pad slowly ‘phase’ between them, which is a neat effect.

Elsewhere, the controller features anti-friction rings on the analogue sticks and a 3.5mm headphone port. Another thing this pad shares with PowerA’s more pricy offerings – such as the highly-customisable Fusion Pro – is the ability to map two additional buttons on the back of the controller to special commands, such as button combos. Combine all of this with a comfortable design, excellent buttons and £30 price tag, and you’ve got a pretty smart interface option – but, as you might expect, there’s a slight catch here. 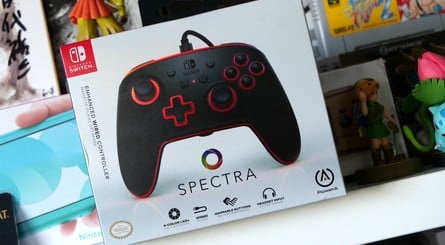 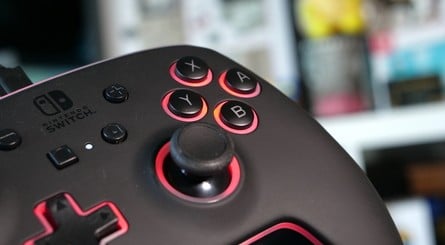 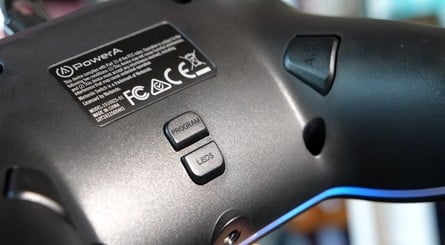 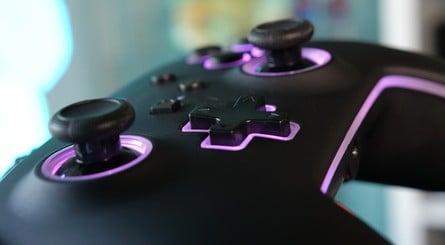 As the name suggests, this is a wired pad and features no wireless connectivity whatsoever. The braided 10-foot cable is excellent and even comes with a snap-away section at one end, but the fact that you’re always going to be tethered to your Switch dock might be an issue for some players. For others, of course, it could be a blessing – a wired connection suffers from far less latency than a wireless one, so at least you know you’re getting the best responsiveness, which is important when playing games online, like Smash Bros. Ultimate.

Another catch is that there’s no rumble included, nor does the pad allow you to use your amiibo in-game, due to the lack of NFC support. When you stack all of these points up, it’s hard to choose between this and the official Pro Controller (although it’s worth noting that like PowerA’s other products, this pad is licensed by Nintendo, which gives it an advantage against other third-party pads, at least). Sure, the Pro Controller costs almost twice as much, but you’re getting the option to use a wireless and wired connection, as well as HD Rumble and NFC. If these things mean more to you than LED lighting and programmable buttons, then we’d advise you spend the extra moolah on the ‘Pro’ option.

However, if cash is tight and you like the idea of a controller which constantly reminds you of a Christmas tree, then this Spectra-powered offering is well worth a look.