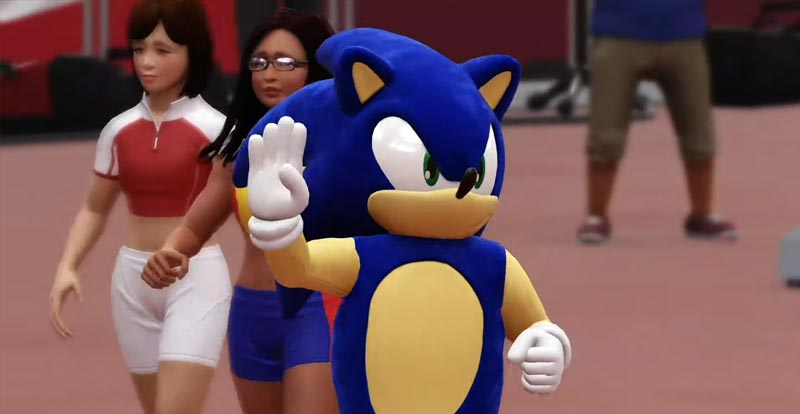 You may have noticed that the Tokyo Olympics are finally under way. Feeling competitive? Then why not get Olympic gaming?!

Olympic Games Tokyo 2020: The Official Video Game is out and about on Switch, PS4 and Xbox,  bringing events such as sprinting, relay, hammer throw, long jump, boxing, swimming and beach volleyball to the safety of our living rooms.

The focus is more on fun than absolute realism, with the game featuring a comprehensive avatar creator – you can even play as Sonic! Check out our review here.

Speaking of Sonic, if you’re a Switch player then you can also get into all the fun of Mario & Sonic at the Olympic Games Tokyo 2020. Our review of that one is right here.

SEGA have released a new trailer for the first game, in keeping with the fun opening ceremony that featured musical accompaniment from such classic Japanese games as Sonic the Hedgehog, Dragon Quest, Final Fantasy and Kingdom Hearts. Here it is: