Genshin Impact players will finally be able to cross over between the many platforms available like PC, Android, iOS, PS4, and PS5, allowing for a huge network of gamers on these systems.

Players will be able to bring their Genshin Impact save with them wherever they go and explore the world of Teyvat with friends on many platforms. This big addition to the game is coming with the newest update, Genshin Impact 2.0, and players can learn more about the upcoming feature here.

Cross-save is a feature that Genshin Impact players have been waiting a long time for, and it is finally coming in Genshin Impact 2.0. Players will be able to link their progression through their save on PC and PS4, allowing for Genshin Impact to be playable on yet another system. Players who have been taking advantage of the game on mobile phones will also be able to enjoy this new experience on Playstation.

However, players will need to keep the specifics of cross-save in mind, as they will be unable to transfer their account data if their accounts do not meet the requirements that miHoYo has laid out in their article. For players to have the account for Playstation and the email address to be linked, either the account for Playstation must not have been used to log into Genshin Impact, or the email address must not yet have been used to register a miHoYo Account.

This is definitely a big step for Genshin Impact players, as the features of cross-save will allow for the game to be played on many different platforms, provided the email setup works properly. Players will finally be able to transfer their saves through several platforms, which will expand their ability to play significantly. Players should definitely give cross-save a try if they want to experience Genshin Impact in a new way. 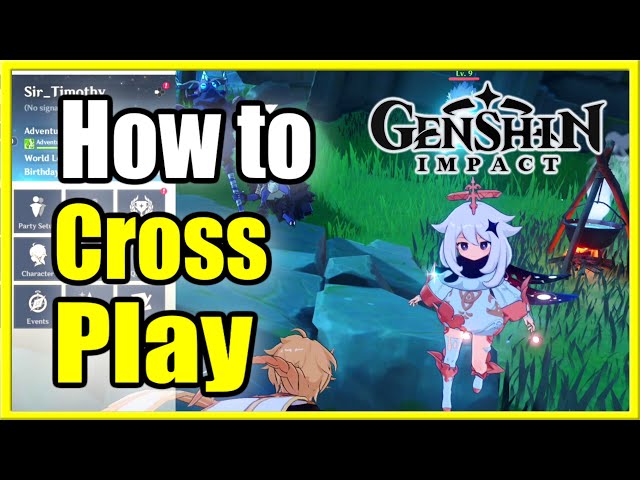 Cross play in Genshin Impact is something that many players have likely experienced while exploring the world of Teyvat. Players are able to join other players’ adventure teams and accompany them on their journey, on top of being able to aid them in tough artifact domains. Players will continue to be able to cross play with PC, Android, iOS, and Playstation consoles like the PS4 and PS5, as they explore the new region of Inazuma.

Players will likely also be able to crossplay with new consoles like the Nintendo Switch once Genshin Impact releases for it.

Genshin Impact 2.0 will bring a ton of new features, and it seems like players on many platforms will be able to explore the world of the game together. Cross-save will definitely open up a lot of new experiences for Genshin Impact players once it launches.