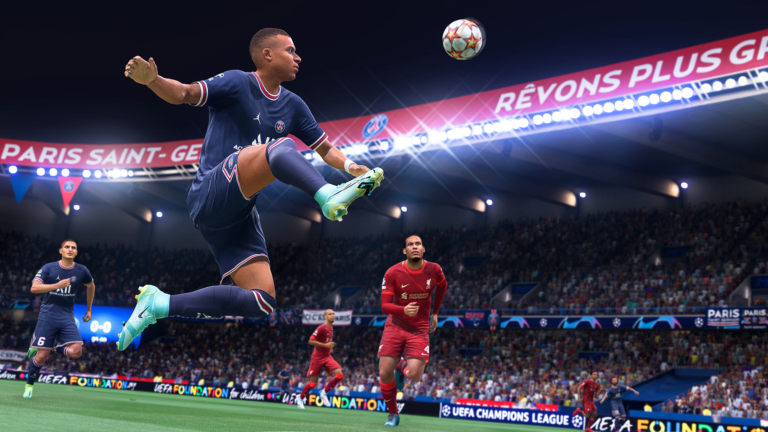 EA Sports’ FIFA 22 will launch on Oct. 1 featuring a new motion capture technology exclusive to next-gen consoles and Stadia, according to the official reveal trailer. The title features French superstar Kylian Mbappé on the cover and will be available on a series of platforms, including PC and consoles.

The game will use HyperMotion capture technology that combines match capture and machine learning to create a more realistic experience. The innovation, however, will feature “only on PlayStation 5, Xbox Series X|S, and Stadia,” according to the store page.

EA employed the technology for the “first-ever motion capture of 22 professional footballers playing at high intensity,” according to a press release, and the company’s machine learning algorithm will “write new animations in real time” based on match capture.

The face of FIFA 22 is Paris Saint-Germain star Kylian Mbappé, who also featured on the cover of FIFA 21. Mbappé is one of the few players to be on the cover twice in a row, joining the likes of Lionel Messi and Cristiano Ronaldo.

EA also revealed bonuses for preordering the game and perks for EA Play subscribers. The Ultimate Edition includes up to four days of early access, Dual Entitlement, and FIFA Points, but players who purchase it by Aug. 11 will also receive will receive an untradeable FUT Heroes player item from December 1. EA Play+ Members, on the other hand, will get early trial access and monthly in-game rewards, according to a press release.