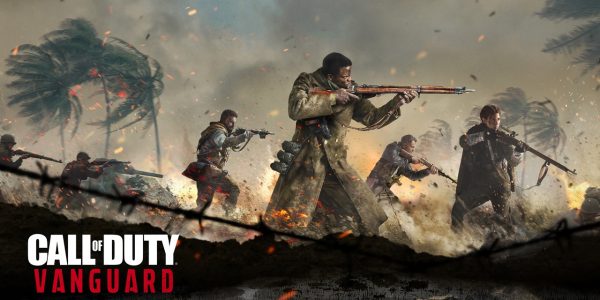 Following today’s official multiplayer reveal for Call of Duty: Vanguard, Activision and Sledgehammer released another trailer for the upcoming game; this one being a trailer for the first Vanguard multiplayer Beta, which will soon be going live – for free – on PlayStation consoles (and later to both Xbox and PC). The Beta is due to start later this week, in fact, on the 10th of September.

The Call of Duty: Vanguard Beta event will be the first chance that many gamers have to actually play the upcoming game for themselves. Although an Alpha event has already taken place, it featured only a single game mode (Champion Hill), and was only available on PlayStation consoles. The multiplayer Beta will feature a broader selection of multiplayer maps and modes. Indeed, the trailer confirms that it will include Champion Hill, Domination, Kill Confirmed, Patrol, and Team Deathmatch. Moreover, it will eventually be playable on both Xbox and PC. (Although PlayStation users will be getting access first.)

Players wanting to participate in the free public beta will have two chances to do so if they’re on PlayStation, and only one if they’re on Xbox or PC. The event will be taking place over the course of two weekends. The first is due to begin on the 10th of September, later this week, at 10:00 AM PT. This initial period will last for three days, during which time only PlayStation users who have pre-ordered the game (thus securing Early Access) will be able to play.

Next week, starting at 10:00 AM PT on the 16th of September, the second beta period will begin. Lasting for five days rather than three, this event will nonetheless be split into two distinct segments. On the 16th and 17th, the beta will be open to all players on PlayStation, as well as Early Access players on Xbox and PC. Finally, from the 18th to the end of the event, the beta will be publicly available to all, on every platform.