NACON and KT Racing are delighted to announce that the finals of the 2020 and 2021 editions of eSports WRC presented by TOYOTA GAZOO Racing will take place this summer in Belgium and Greece respectively. The best players will go head-to-head in WRC 9, the official game of the FIA World Rally Championship, for the 2020 final and for the 2021 final on WRC 10, which will be available on September 2, 2021 on PlayStation 4, PlayStation 5, Xbox One, Xbox Series X|S, PC on Steam, and on Nintendo Switch at a later date.

Following the postponement of the 2020 edition because of the pandemic, the final of the eSports WRC Championship will take place on August 14, 2021 to coincide with Renties Ypres Rally Belgium. There will be 10 finalists fighting it out for the title of eSports WRC World Champion 2020. This includes the 8 finalists that qualified from over 10,000 entrants during the regular season, which saw Sami-Joe from Lebanon dominate the competition. These eight will be joined by Greekman, winner of a wildcard at the Monte-Carlo eSports Launch, and Mihalo, winner of a wildcard at the Neste Rally Finland eChallenge in August 2020.

The event is sponsored by TOYOTA GAZOO Racing, which is rewarding the winner with a GR Yaris* and organized in collaboration with Playseat, Fanatec, BenQ and FlexIT, which are also offering prizes to competitors and supplying equipment for the competition.

The player standings are as follows:

The final of the 2021 edition will take place around EKO Acropolis Rally Greece at the Athens Olympic Velodrome on September 8, 2021 and will feature the 8 finalists who qualified during the regular season, which is still underway and is once again being dominated by Sami Joe, who has won 10 consecutive victories! A ninth driver will join the others in the final after the end of the regular season on 9 August based on the results of a tournament organized by EKO Acropolis Rally Greece, and supported by Kotsovolos and COSMOTE TV, for Greek and Cypriot players.

Partners Playseat, Fanatec, BenQ and FlexIT will be there again for the new edition, as well as TOYOTA GAZOO Racing, which will be awarding a GR Yaris to the winner. This high-performance car is the fruit of TOYOTA GAZOO Racing’s expertise as a WRC manufacturer and is equipped with a new GR-FOUR smart 4-wheel drive system and an exciting 1.6L 3-cylinder turbo engine that delivers 261hp and 360Nm of torque for a light, powerful and exhilarating ride.

In the 2021 edition of the final, players will compete in WRC 10, which will be released just a few days beforehand!
View the current overall standings here: https://www.wrc.com/en/more/gaming/standings/

WRC 10 will be available on September 2, 2021 on PlayStation 4, PlayStation 5, Xbox One, Xbox Series X|S, PC (wishlist on Steam right now) and on Nintendo Switch at a later date.

For more information on WRC 10 and to pre-order, please visit: https://wrcthegame.com/

As an Amazon Associate we earn from qualifying purchases. 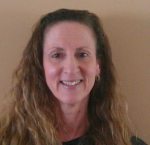