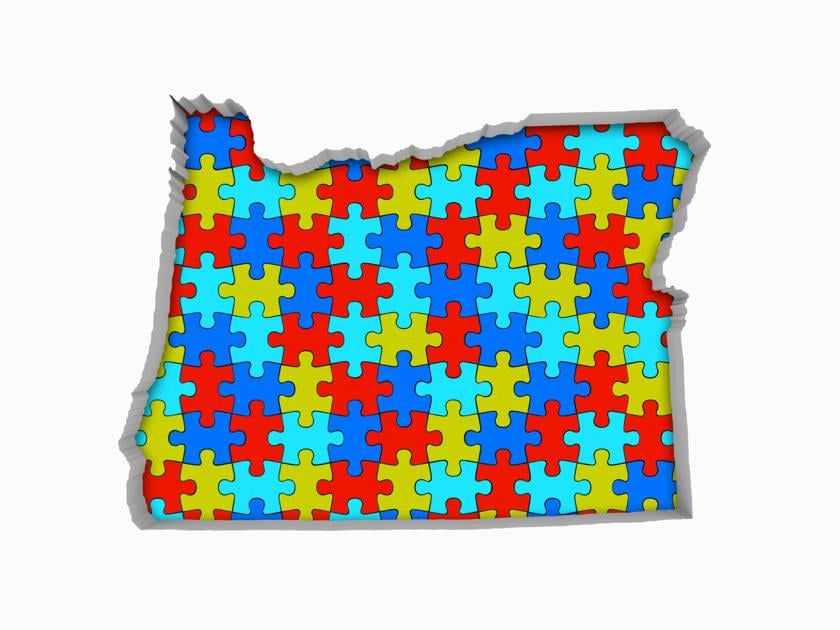 There’s a new video game that comes with a big prize.

It’s not streaming on Twitch or play on an Xbox console.

It’s on OLIS, which is not a gaming company, but the Oregon Legislative Information System.

The point of the game is to design a new political map of Oregon — a patchwork of blue and red.

The grand prize is political sway in Oregon for the next 10 years.

Normally this once-a-decade resizing of political districts has the legislature drawing maps, the legislature voting on maps and the governor signing off on maps. The public role is in hearings.

If all goes swimmingly — somewhat of a historical rarity — there is a new political atlas for the next election.

This year, mapmaking is going pro-am as amateur cartographers can get on the OLIS video game to draw their own political dream maps. They’ll get the same recently arrived, deeply detailed U.S. Census tract information and software program as lawmakers use.

As a template, the current districts with a 37-22 Democratic majority in the House and 18-12 edge in the Senate can be called up for reference. So can the U.S. House map of the delegation’s four Democrats and one Republican.

A few valley curves, a straight-edge county line, following a river path, or running up against a mountain range will be challenging. But with enough effort and time, voila! your own version of the political landscape of Oregon.

The full slate of work includes:

• Six congressional districts of 710,000 people each

The computer will tell you whether your maps meet geographical requirements and demographic goals.

One of the biggest tripping points is Oregon’s requirement that two House districts be completely “nested’ inside each Senate District. So, for example, House Districts 59 and 60 fit completely inside Senate District 30.

There also are federal voting rights laws. Oregon’s state directives say districts must be contiguous, be of equal population, utilize existing geographical or political boundaries, not divide “communities of common interest” and be connected by transportation links.

The full set of does and don’ts, rules, laws, and other mapmaking stuff is on the website.

When done, the map can be submitted to the legislature for consideration. The deadline is Sept. 7 by 5 p.m.

A note of receipt of the map will be sent by email. Whether maps found to have flaws will be noted in time for resubmission is still undecided.

“It depends on how many maps we receive,” said Allison Daniel, a legislative policy and research analyst.

Those that make the cut by checking all the boxes for size, shape, location, equity, and other items will pop up on the legislature’s redistricting website.

After a whirlwind series of nine public hearings, the committee will deliberate on what plan to bring to the full legislature when it meets in a special session  Sept. 20. The hope is the House and Senate can debate and pass the legislation quickly so it can get to Gov. Kate Brown for review.

The Oregon Supreme Court has set a Sept. 27 deadline to receive the maps.

Making maps that work on every level is not easy, no matter your political stripes.

Only Grant County lost population but much of eastern Oregon and parts of southwestern Oregon beside Jackson and Josephine counties grew at a relatively tepid pace.

Meanwhile, Deschutes County and Bend were handling a demographic torrent — with the county growing 25.7% for a population of 198,263 — with just over half living in Bend itself.

All these numbers and percentages will determine whether districts shrink or stretch — and with them, any shifts in political power in Salem.

In Portland, House districts are densely packed with people. Some districts are measured in a matter of blocks. On the flip side, much of Oregon east of the Cascades has a lot of land and not a lot of people.

Portland is now the 25th largest city in the nation, it’s 652,503 population placing it just below Boston and just above Las Vegas. In the past decade, it passed  Milwaukee, Louisville, Baltimore, Memphis and Detroit — but was leapfrogged by Oklahoma City.

The city makes up most of Multnomah County, where the population grew by 80,000 people in 10 years — roughly equal to adding everyone in Medford.

Will Portland continue to be chopped  into slices to maintain districts that stretch  further from the center of the city? Republicans point out Portland is just short of the 710,000 mark for its own congressional district — a prospect that would make the GOP more competitive elsewhere.

The biggest scramble will be over the congressional seats. Where to put the sixth seat the state was awarded for its population growth. All five incumbents are running for re-election — who will have to give up what territory to form the new district?

The Cascades are a might tall wall to get over for any change. Bend is a growing Democratic island in a Republican landscape. But unless mapmakers can justify straddling the Cascades, it’s likely stuck in the 2nd congressional district, a slam-dunk for the GOP.

The spoiler is that all this mapmaking could end up counting for nothing. Most recent redistricting plans ended up stuck in gridlock in the legislature, with the jumble ending up in the lap of the secretary of state or the courts.

Democrats had hoped by controlling both chambers of the legislature and the governor’s office, this was the year to get it all done. COVID-19 tossed a chance for a relatively undramatic redistricting into the trash bin.

Whoever ends up drawing the final maps, there’s one group hanging on every twist and turn of the process: the candidates. The window to file for office opens Sept. 9. The deadline to get on the ballot is March 8, 2022.

It’s doubtful that any of the legislative seats will be more than guessing games until somewhere in between those two dates.

Candidates and voters will have to wait until autumn to see what the political landscape starting in spring 2022 will look like.