Cyberpunk 2077: CD Projekt Red’s game back on PlayStation Store after it was pulled last year 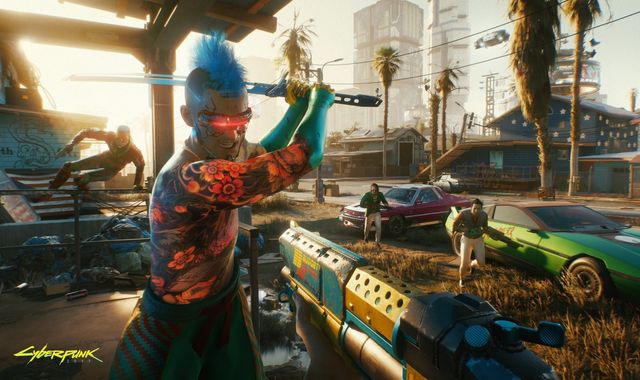 Troubled blockbuster video game Cyberpunk 2077 is finally available on the PlayStation Store – more than six months after it was pulled by Sony amid complaints of bugs and poor performance.

The long-awaited title launched on PC, Xbox and PlayStation consoles on 10 December 2020, but the Japanese company behind the latter removed it from its store soon after following its poor reception.

While many games are released with problems, Cyberpunk’s were such that thousands of gamers were advised to request refunds – which is likely what informed Sony’s incredibly rare move.

Characters trapped in jerking animation loops, disappearing vehicles, and random nudity were among the glitches players complained about, as well as more serious crashes.

People playing on older models of the PlayStation 4 had a particularly rough time, as the game clearly demanded too much of the aging hardware.

Efforts by Polish developer CD Projekt Red to clean up the game ran into problems earlier this year following a cyber attack on the firm’s internal systems.

It meant that a major patch due for February got pushed back to late March – and the creators of the game and Sony have acknowledged that more work is still needed.

While Cyberpunk is now available to purchase and download from the PlayStation Store, Sony still recommends that gamers only play it on the more recent PS4 Pro and PS5 systems.

CD Projekt Red, which was behind the popular medieval fantasy Witcher games, has said that more updates will be released throughout the year – including an upgraded version built specifically for PS5.

Prior to its release last December, the highly-anticipated Cyberpunk 2077 had already been delayed several times – including twice last year alone, from April to November and then again to just a few weeks before Christmas.

Shares in CD Projekt Red slumped 30% in December, despite the game being a sales success across PC, Xbox and PlayStation platforms.

Players have reported far fewer issues on PC, however Microsoft’s Xbox storefront has displayed a similar warning to the one now on Sony’s store for some time.

The game was subject to controversy even before its delayed release after a journalist suffered seizures while playing it ahead of launch.

CD Projekt Red released an update to address scenes that were said to pose an epilepsy risk, and a warning was added to the start of the game.