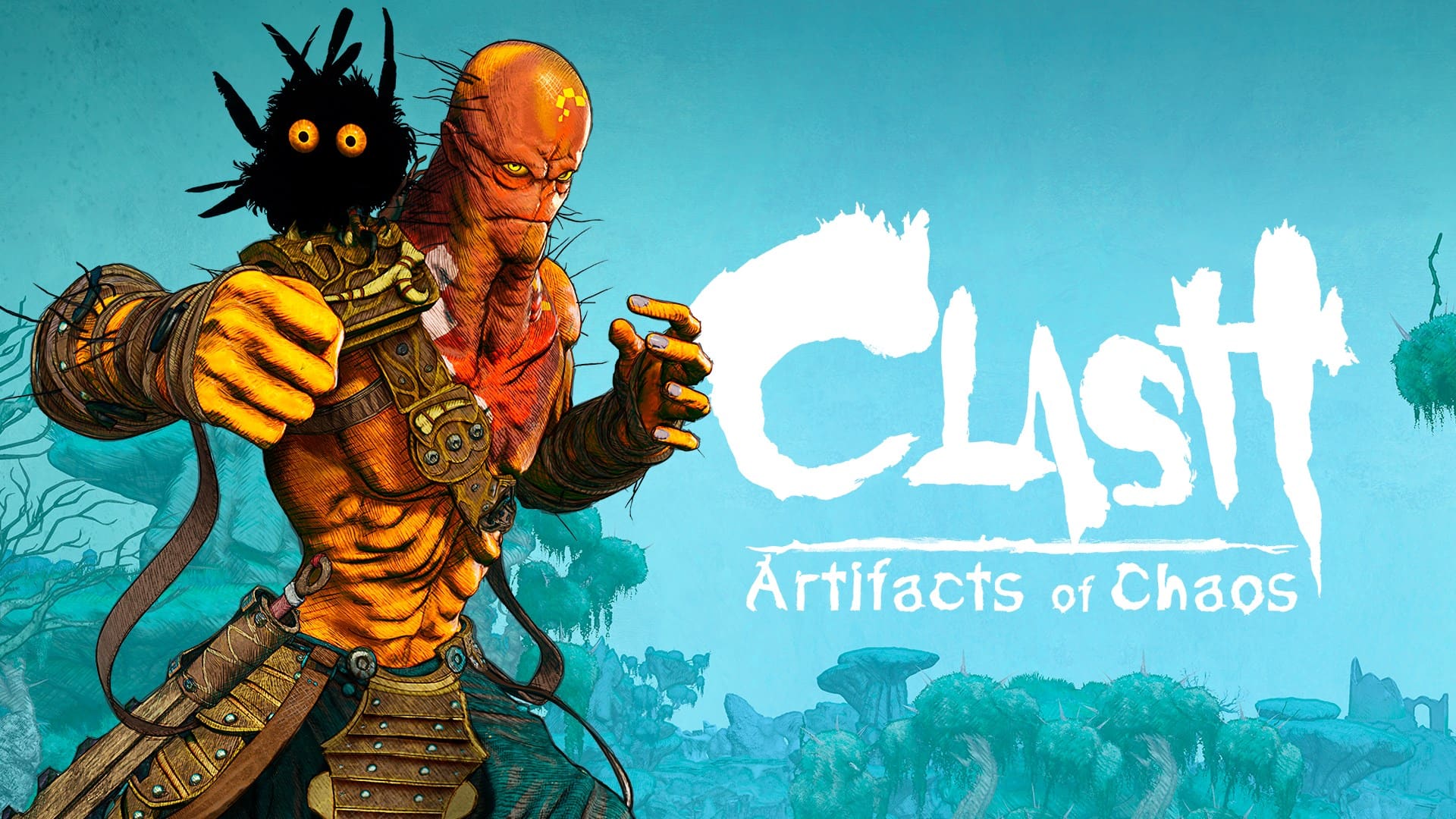 It was during this month’s NACON Connect that the publisher lifted the veil on Clash : Artifacts of Chaos. Developed by the studio Ace Team to whom we owe Zeno Clash, the action-adventure game from the Chilean studio invites us to take part in the journey of Pseudo, a powerful warrior who, despite his apparent stoicism, is haunted by the throes of his past.

While Pseudo leads a peaceful life away from civilization, a small creature turns his lonely existence upside down. A small black hairball, orphan and endowed with incredible healing powers that he decides to protect, even as the latter has caught the attention of Gemini, Mistress of the Relics. From then on, the formidable warrior finds himself in spite of himself drawn into a quest for the artefacts of Chaos. Adventure which will invite him to unravel ancestral secrets and will lead him to fight against powerful enemies, without ever forgetting to respect the sacred rules of the Ritual.

Clash : Artifacts of Chaos will be available on Xbox One, Xbox Series X | S, PlayStation 4 and 5, as well as PC through Steam. No official launch date has been communicated, however the Steam platform indicates the month of June 2022.