Vodeo Games was formed earlier this year by the creator of Threes, Asher Vollmer, with the stated goal of “making high quality games regularly and sustainably”. The first title from the team is now rather close – previously planned with a ‘Summer’ window, Beast Breaker is due to arrive on 23rd September priced at $15.00 in the US.

This has emerged through a North American eShop listing rather than a press release and social media posts (hat-tip to Nintendo Everything for the spot), so we’ll likely have a formal announcement and perhaps a shiny new trailer soon. Nevertheless even the information released back in April suggests this could be a rather charming release.

Below are some screens and an official description. 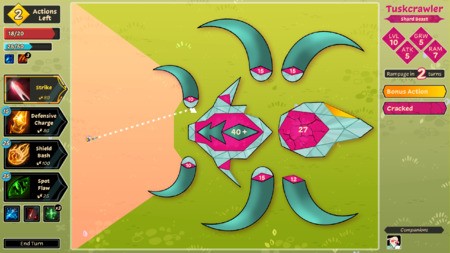 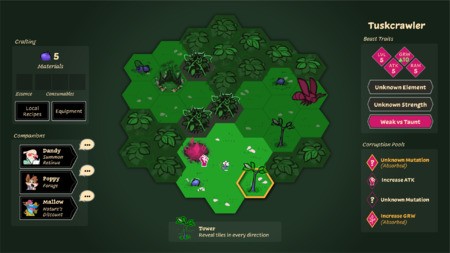 Beast Breaker is a turn-based, mouse-bouncing adventure. You play as a tiny warrior named Skipper, tasked with defending innocents from giant mosaic beasts that threaten to destroy everything.

The game combines satisfying pinball physics with tactical decision making. Pick a style of attack, line up the best angle, and launch! Watch Skip careen around the screen and break the giant beasts to pieces.

Along the way, you will meet a vibrant cast of characters who will help you craft equipment, master unique new fighting styles, and maybe even discover the origin of the Beasts…

Let us know if you’re intrigued by this one!