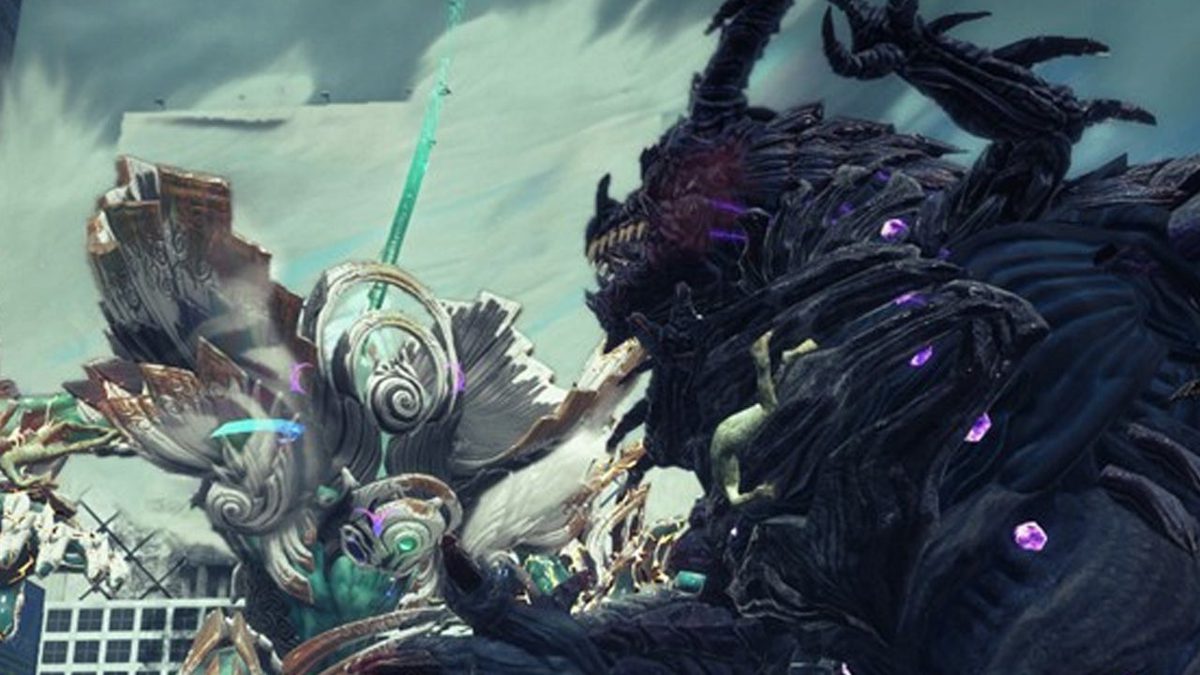 Following the gameplay reveal of Bayonetta 3 at the latest Nintendo Direct, director Yusuke Miyata has delved a little further into one of the trailer’s newly featured mechanics, called Demon Slave.

The new ability, which can be seen in the video below at around the two-and-a-half-minute mark, allows players to take control of demons and enter into kaiju-like battles that look likely to play a significant role in the game’s combat.

“Unlike the Climax Summons of previous games that automatically defeated enemies and returned to Inferno, this mechanic lets players control demons during gameplay and unleash a host of intuitive actions,” says Miyata.

“Each demon’s abilities vary and the kinds of abilities that are advantageous in a certain situation can change at any time. Just how many are there? What else can you do? Well, there’s a lot more I’d like to tell you, but I have to stop here for now. However, there’s a lot of info hidden in the trailer that I didn’t go into here, so please consider watching it again until the next announcement.”

During the trailer, the new ability allows Bayonetta to control a variety of different monsters that she uses to take down opposing kaiju. Bayonetta can be seen using the Demon Slave mechanic across a number of different areas in the game, including a tensely fought battle with a formidable spider. Trigger warning, this takes place around the three-minute mark of the clip above.

Across the rest of the trailer, fans were provided a glimpse of Bayonetta 3’s upcoming combat areas, which included an empty subway train and a colossal fight scene set across collapsing skyscrapers. The trailer’s final shot also gave fans a brief look at a character that some believe to be Vergil from Devil May Cry. As speculation mounts around the fleeting cameo, it’s certainly hard to ignore the character’s resemblance to DMCs devil-human hybrid.

Bayonetta 3 is slated for release on Nintendo Switch in 2022. For more on last night’s Nintendo Direct, make sure to check out our full run-through of everything announced at the event.