NIS America ad through a trailer the second volume from the game collection Prinny Presents. This compilation, entitled Prinny Presents NIS Classics Volume 2, contains video games Makai Kingdom: Reclaimed and Rebound and ZHP: Unlosing Ranger vs. Dearkdeath Evilman. This pack is scheduled to be published in spring 2022 for Nintendo Switch and PC, the latter through Steam. Both video games will be available with texts in English and audio in English and Japanese. 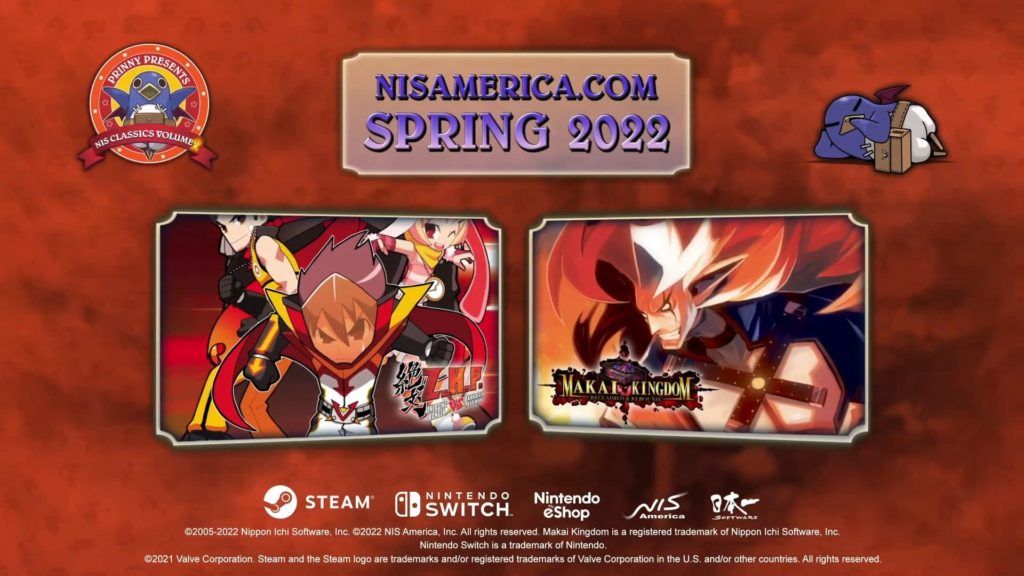 Both titles will have versions almost identical to the original works although with a better resolution. Also, the version of Makai Kingdom will include new content as well as new characters. The digital version of each game can be purchased separately through online stores Steam and the eShop from Nintendo Switch. Finally, NIS America Opened the reserve of the edition special limited for Nintendo Switch of the game at a price of 99,99 $. This physical version includes a copy of each game, an art book, the soundtrack, an acrylic with a collector’s coin for each video game, and a collector’s box. 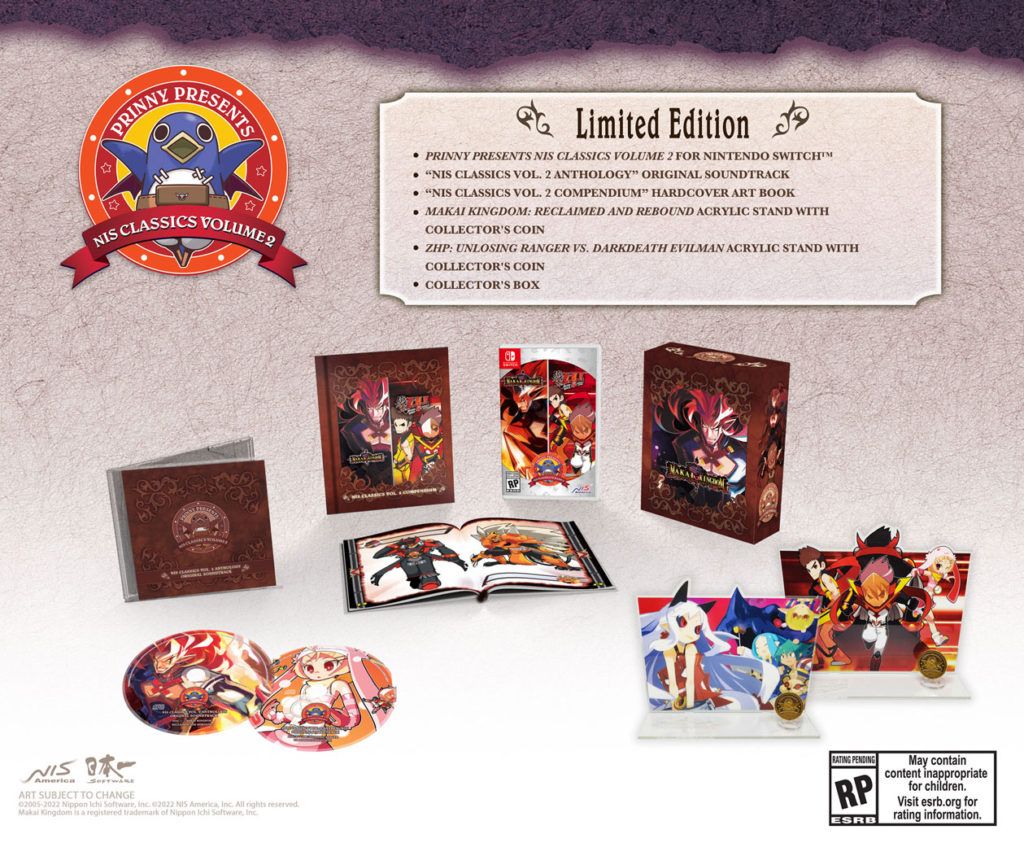 Makai Kingdom: Reclaimed and Rebound tells the story of Lord Zetta, a master of tactical warfare and his quest to invade and reclaim the Underworld. This game was released in 2005 for PlayStation 2 and later in 2011 for PlayStation Portable. 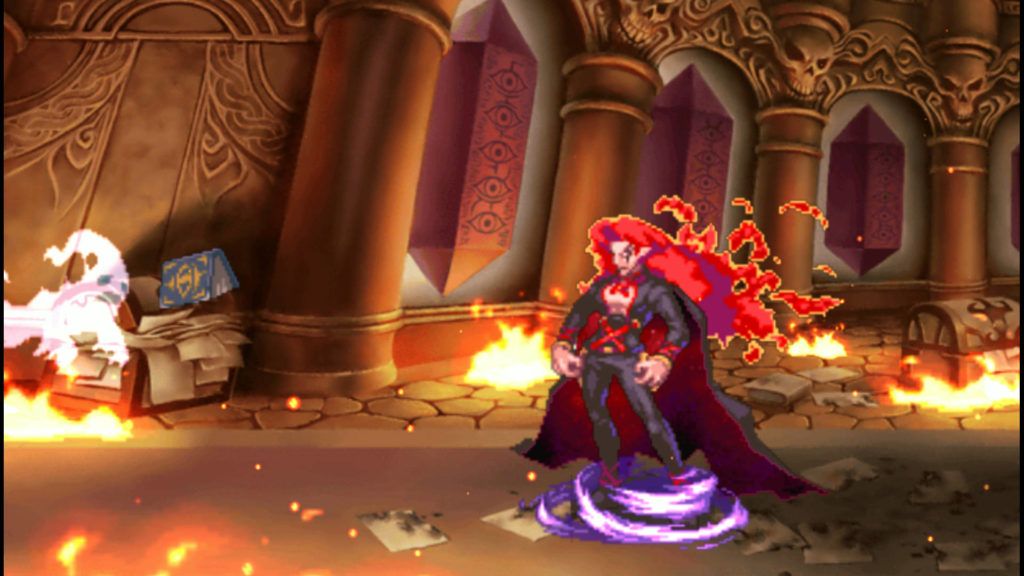 ZHP: Unlosing Ranger vs. Dearkdeath Evilman focuses on an anonymous hero who battles enemies to train and gain the necessary skill to defeat the demon general Darkdeath Evilman. This game was released in 2010 for PlayStation Portable. 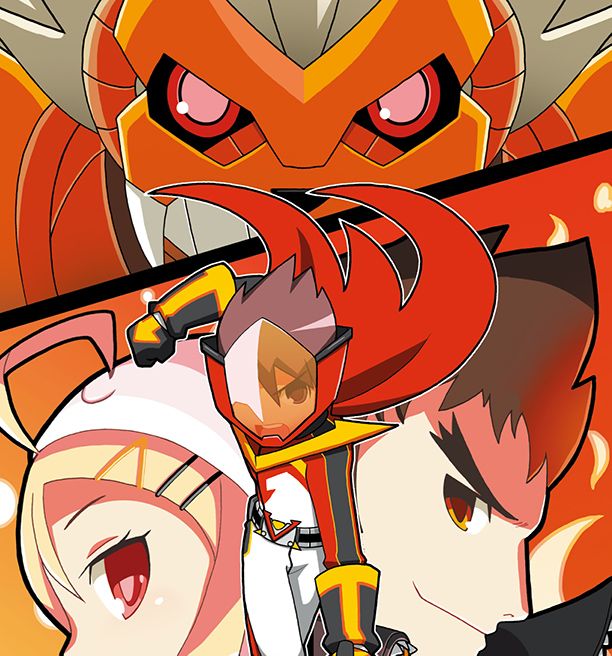 Makai Kingdom: Reclaimed and Rebound focuses on Lord Zetta, a master of tactical warfare, and his quest to invade and reclaim the Underworld – like a book. Using cunning strategies, ultra-powerful magic, and a wide array of insane deadly weapons, Lord Zetta aims to take control of his enemies’ lands. Using a unique feature of this battle system, you can summon your army through the INVITE system to carry out your orders on the battlefield and dominate your enemies!

When your thirst for new lands is quenched, ZHP: Unlosing Ranger vs. Darkdeath Evilman will keep you coming back for more with the ultimate character customization system that lets you make your own character from toe to nose, dood! Tailor-made to drive enemies to the sidewalk, your character will also establish a base and fight his way through a myriad of maps, each one randomly generated and all part of your own unique story!

Last week the first volume from the game collection Prinny Presents, under the title Prinny Presents NIS Classics Volume 1. This game includes the remastered versions of the classic games Soul Nomad What Phantom Brave for Nintendo Switch and PC. 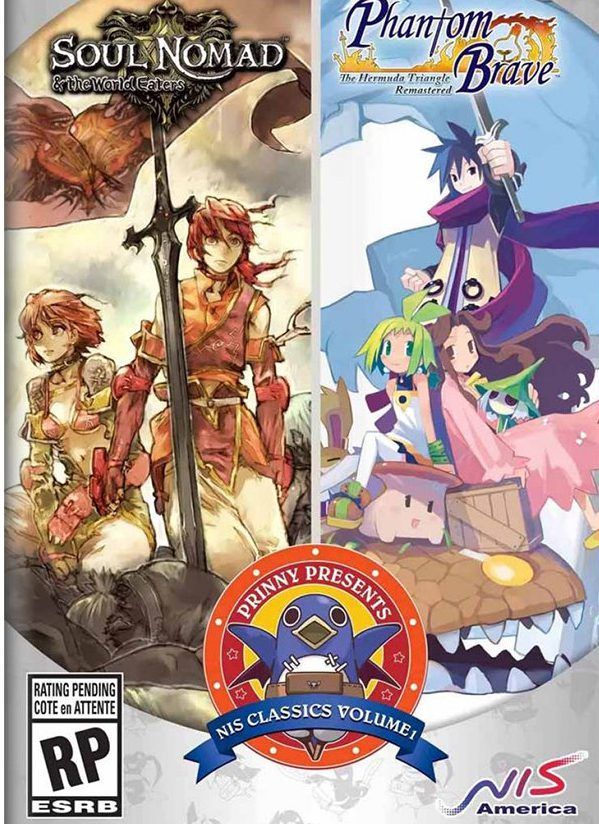 Phantom Brave: The Hermuda Triangle Remastered tells the moving story of Marona and Ash as they complete work on the Isles of Iviore. With the “Confine” option present in the game, phantom units can be attached to physical objects on an isometric map without grids. With over 50 Phantom types to unlock, such as Witches, Owl Knights, and Prinnies, along with all the content from previous releases. This is the definitive edition of Phantom Brave.

Soul Nomad & the World Eaters tells the story of Gig and his gang to bring destruction everywhere once again. Use customizable “Rooms” to experiment with different teams made from 25 different types of units such as the Knight, the Archer, the Nerneid, and the Griphos Knight. Make vital decisions that will change the course of history, explore the conditions of combat, and even kidnap or fight the townspeople.