Android 12 Will Let You Play Games in Seconds 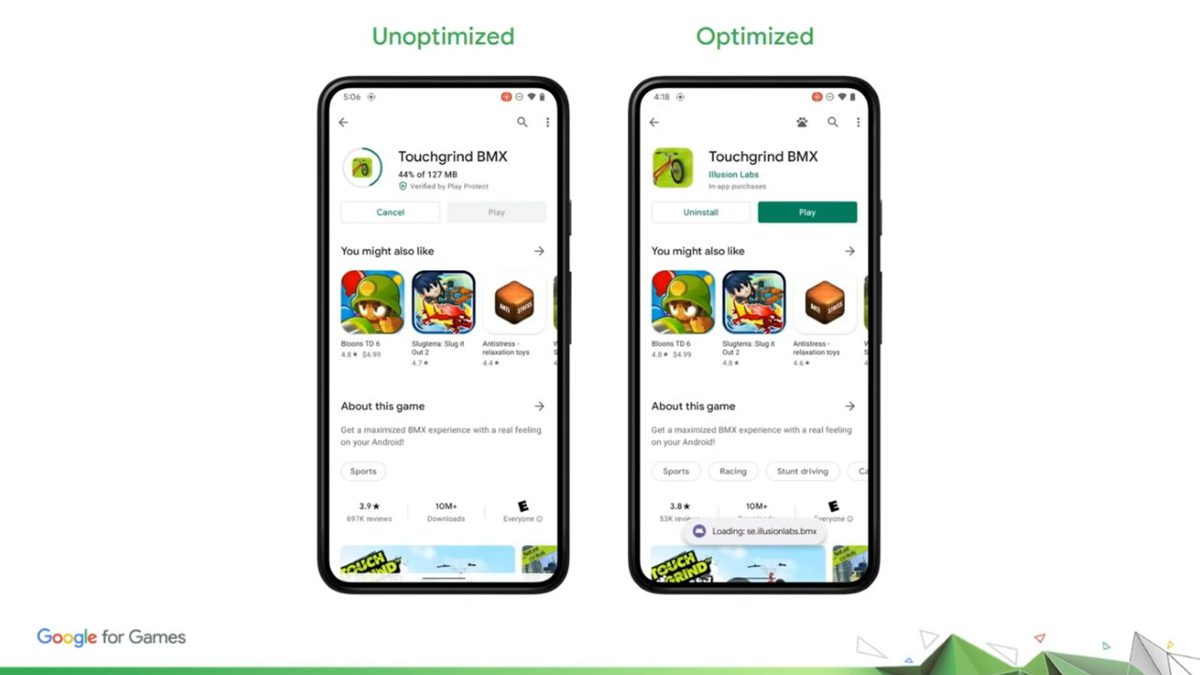 Waiting for an app to download and install can be frustrating, especially when it’s a large gaming app full of high-resolution graphics. However, for Android 12, Google is set to remove that frustration with a new feature allowing games to be played within seconds rather than minutes.

It’s called “Play as you download,” and it uses an intelligent background download system to allow a game to be playable before it has finished downloading. The example Google gives is a 400MB game being playable in just 10 seconds “instead of several minutes.” As you play, the download continues and finishes without interrupting your play session.

You can see the Play as you download feature in action just after the 18-minute mark in the video below:

As Ars Technica reports, this feature will be exclusive to Android 12 because it relies on a new Incremental FS file system being introduced with the new OS version. Google describes Incremental FS as a “special-purpose Linux virtual file system that allows execution of a program while its binary and resource files are still being lazily downloaded over the network, USB etc. It is focused on incremental delivery for a small number (under 100) of big files (more than 10 megabytes).”

An existing feature for quicker access to apps is available on Android called Instant Play, but it requires developers to split their apps in a specific way and is limited because the app needs to be broken up into 10MB chunks. Play as you download is better because it not only handles larger chunks of data, it happens automatically and without developers needing to do any extra work. The one change developers do need to make was going to happen anyway: switching from the old Android package (APK) app file format to Google’s new Android App Bundle (AAB) format.

For consumers, the main takeaway from this is that games will be playable much more quickly on any device running Android 12. Initially that may only include newly released titles, but eventually it will mean all of them.

Update 1.84 has arrived for PlayerUnknown’s Battlegrounds (PUBG), and here’s the...