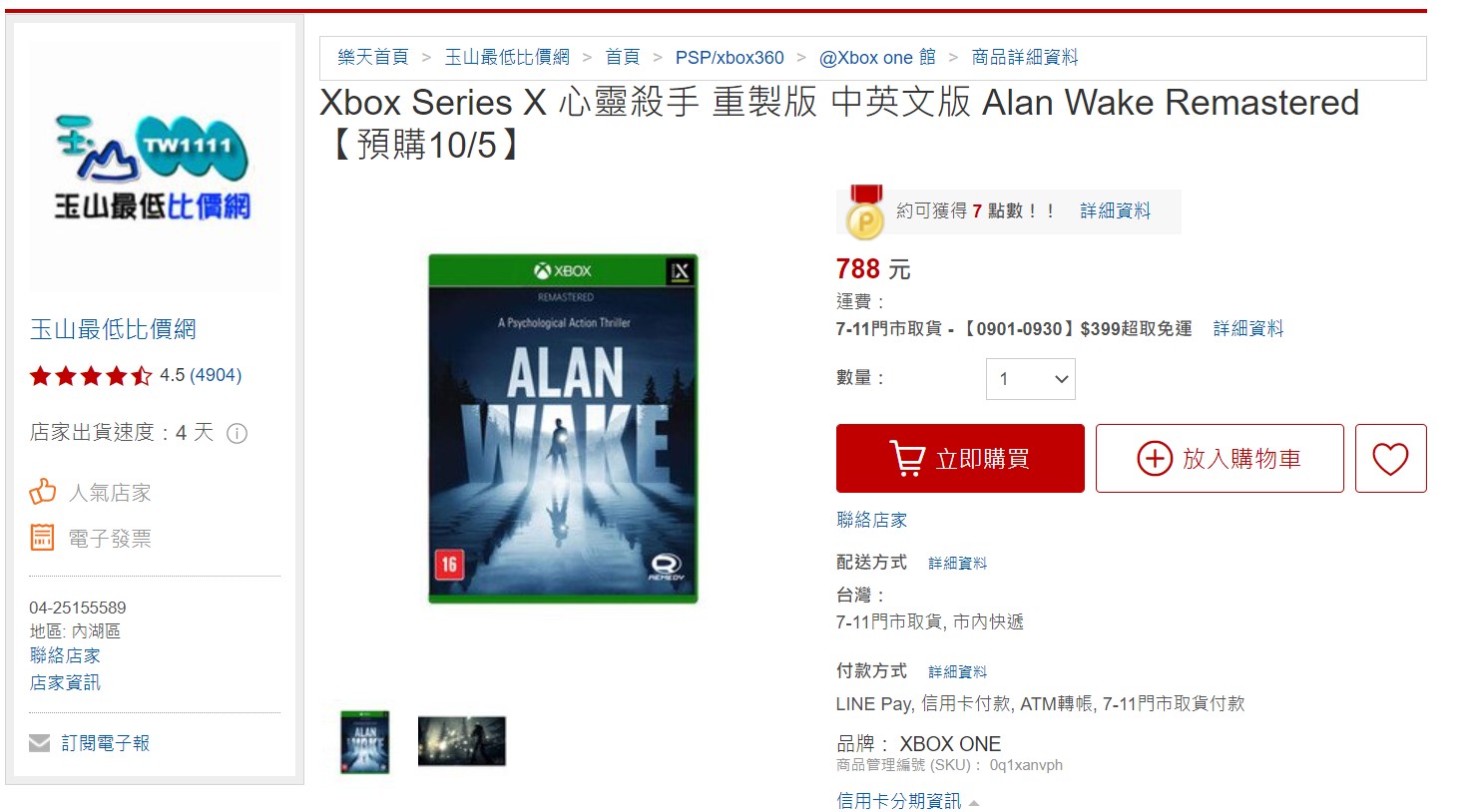 It is a game very popular with Xbox gamers that is clearly about to make a comeback. Indeed, a certain Alan Wake would soon be entitled to a remaster. It’s via multiple sites Taiwanese as we learn of the existence of Alan Wake Remastered slated for Xbox, PlayStation 4, and PS5. According to several insiders, the game of Remedy would also be announced next week while the release date is scheduled for October 5, 2021.

The remaster before Alan Wake 2?

If we do not yet really know what to expect from this remaster, we do know, on the other hand, that an Alan Wake 2 is probably in the works for Epic Games. Last March, a certain Jeff Grubb mentioned the project. According to him, Alan Wake 2 is well in development and Remedy would have teamed up with Epic Games to create this highly anticipated sequel. Remedy’s record turnover last year, driven by the success of Control, allows the studio to work on multiple games in parallel, and Alan Wake 2 would therefore be one of them.

Control had benefited from a temporary exclusivity on the Epic Games Store, so it wouldn’t be really surprising if the two companies were to join forces again on a new production. It is also possible that Epic Games will fund part of the game to have temporary exclusivity on its platform before the title arrives on other platforms, including the Xbox Series X | S and PS5.

If releasing a remaster is never trivial, we unfortunately have no choice but to wait for the officialization of this sequel.