A Plague Tale: Innocence is getting enhanced PS5 and Xbox Series versions

Fans of A Plague Tale: Innocence really have been treated this month. First, it was revealed that the action-adventure game would be receiving a sequel titled A Plague Tale: Requiem, and now we have learned that the original game will be getting enhanced for PS5 and Xbox Series. The Xbox Series and PS5 versions of the game are planned to release July 6, along with a cloud-based version on Switch.

A new trailer, which you can watch above, was revealed for the Xbox Series version. On new-gen consoles, the game will run at 60FPS and will have 3D audio support. It will also support 4K UHD on the Xbox Series but not on the PS5. 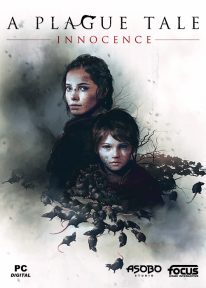