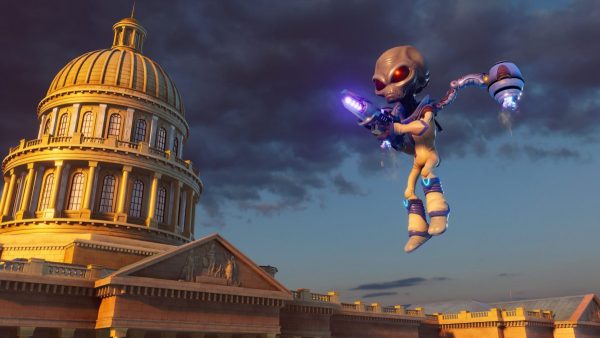 THQ Nordic has released a new trailer for Destroy All Humans! which reveals that the upcoming remake of the cult PlayStation 2 and Xbox title is set for release on PlayStation 4, Xbox One and PC this July.

Accompanying the trailer is the following “transmission”, originating from somewhere between Earth and Mars:

“Greetings, fleshy Earthbeings. Cryptosporidium here, though you skin-wrapped water wads can call me Crypto-137. I wanted to let you know that my Abducto Beam is finally ready and I’m journeying Earthwards right now. If my calculations are correct then P-Day – that’s Probe-Day to you mortal meat morsels – is set for July 28th, 2020. On that day I will officially Destroy All Humans!“

Terrorize the people of 1950s Earth in the role of the evil alien Crypto-137. Harvest DNA and bring down the US government in the remake of the legendary alien invasion action adventure. Annihilate puny humans using an assortment of alien weaponry and psychic abilities. Reduce their cities to rubble with your flying saucer!